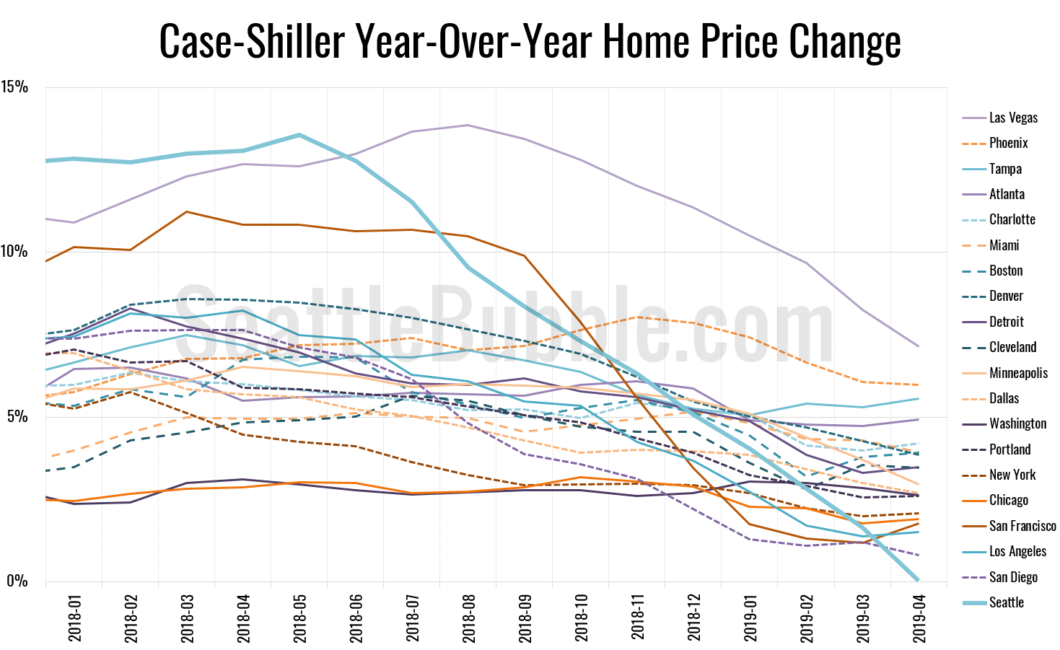 Let’s play a bit of catch-up today with some stats that I’ve allowed to fall behind. First up, the latest Case-Shiller data from a couple weeks ago. According to April data that was released late June, Seattle-area home prices were:

Seattle has fallen from #1 in year-over-year price growth back in May 2018 all the way down to dead last #20 as of April. 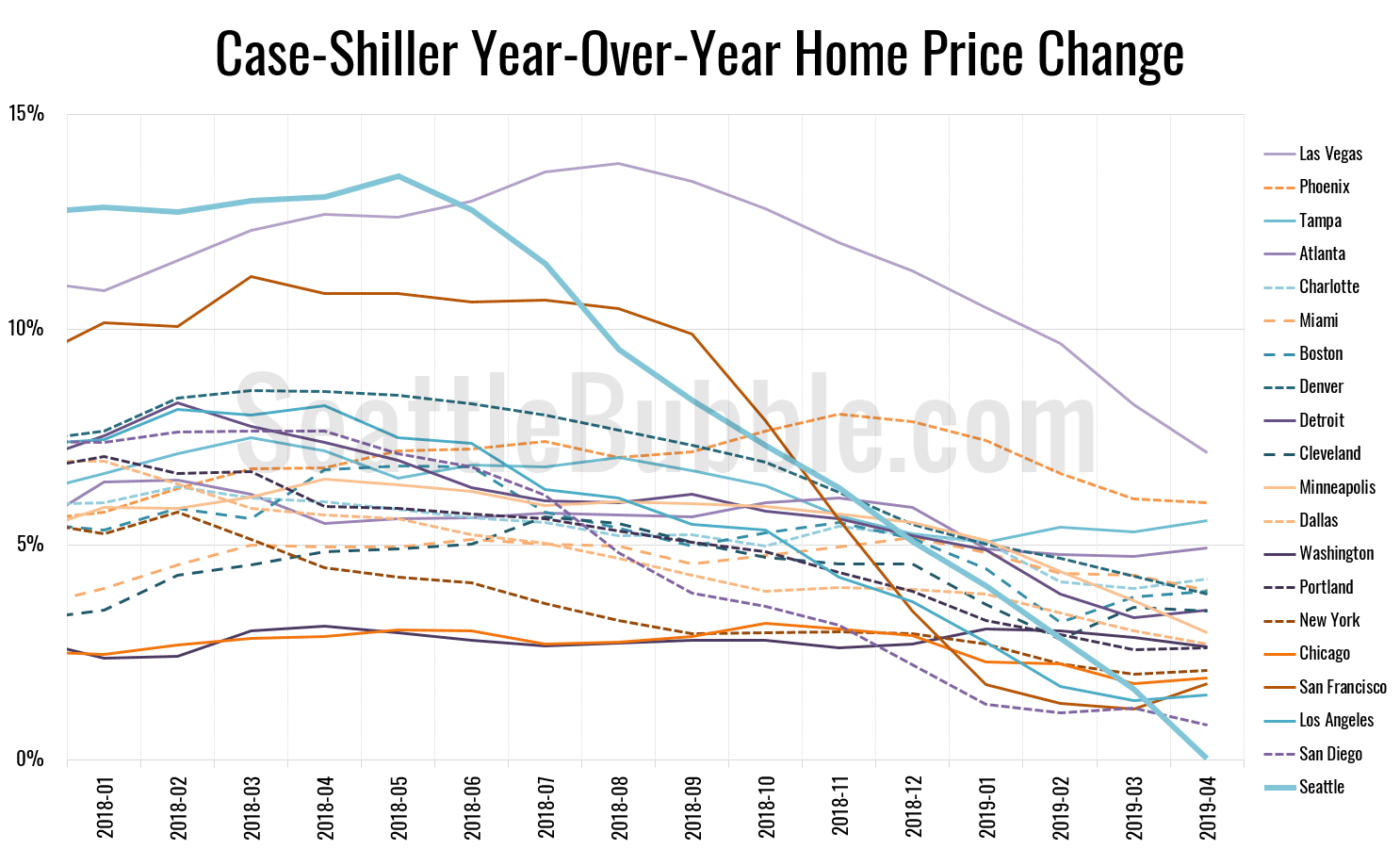 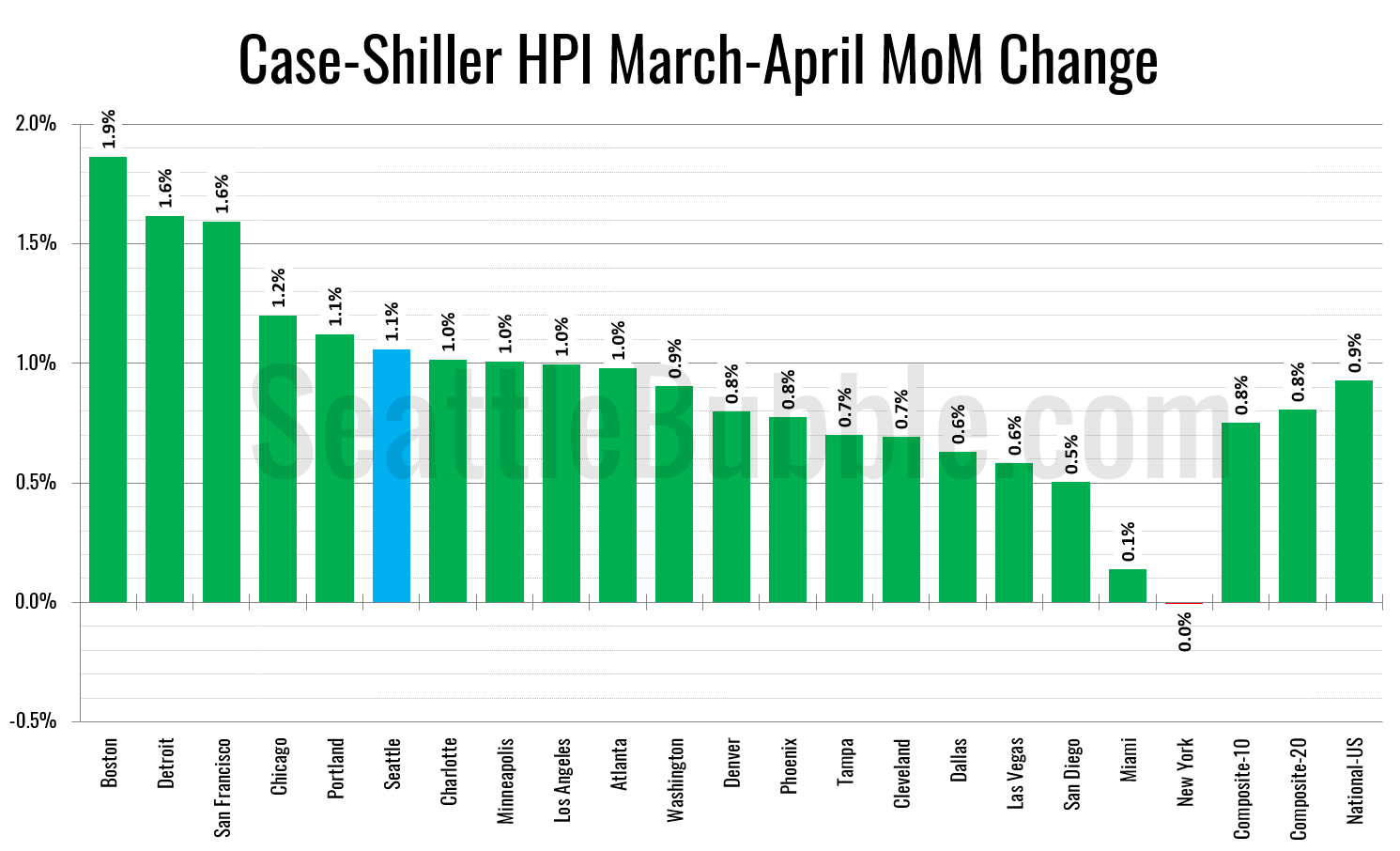 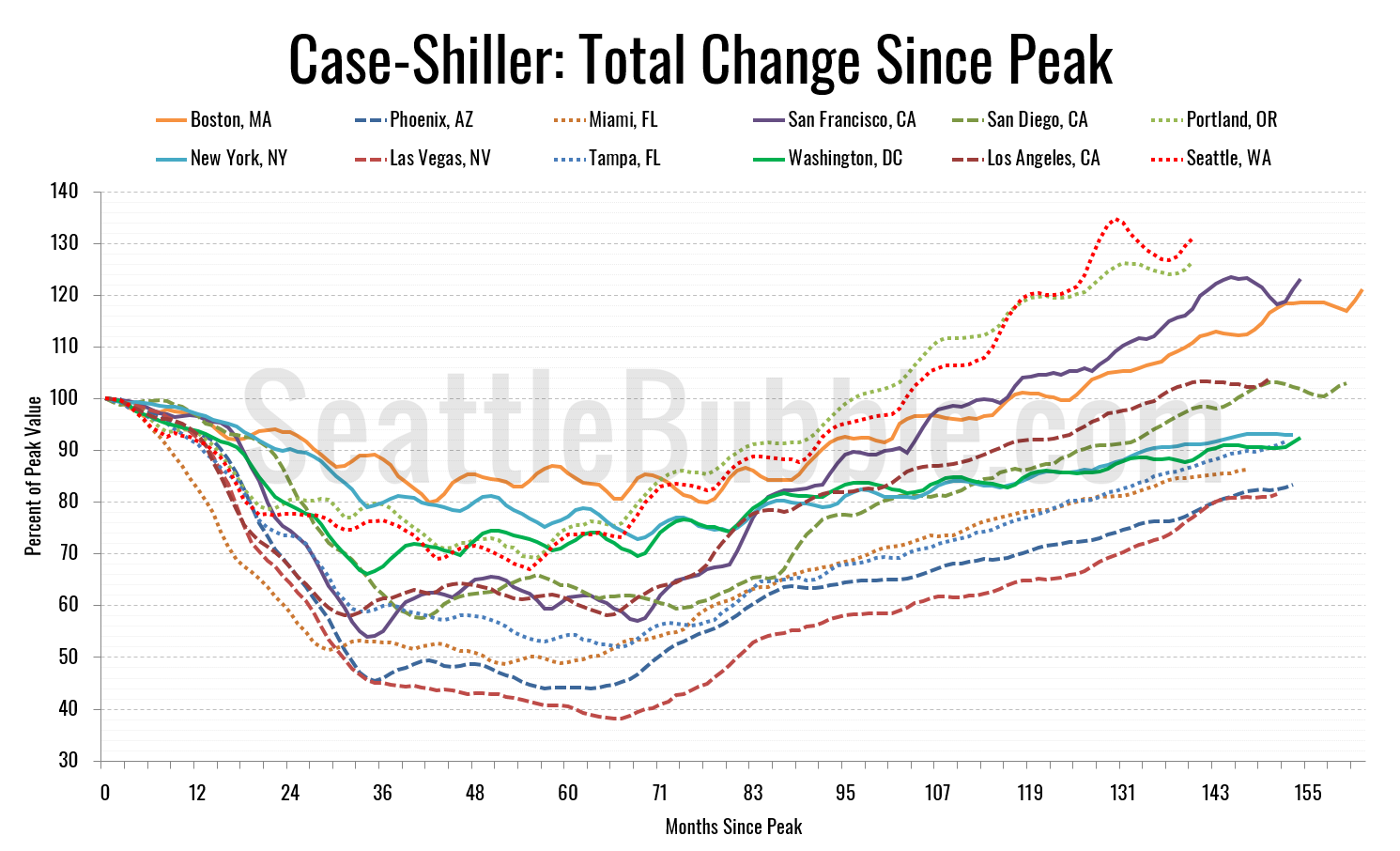 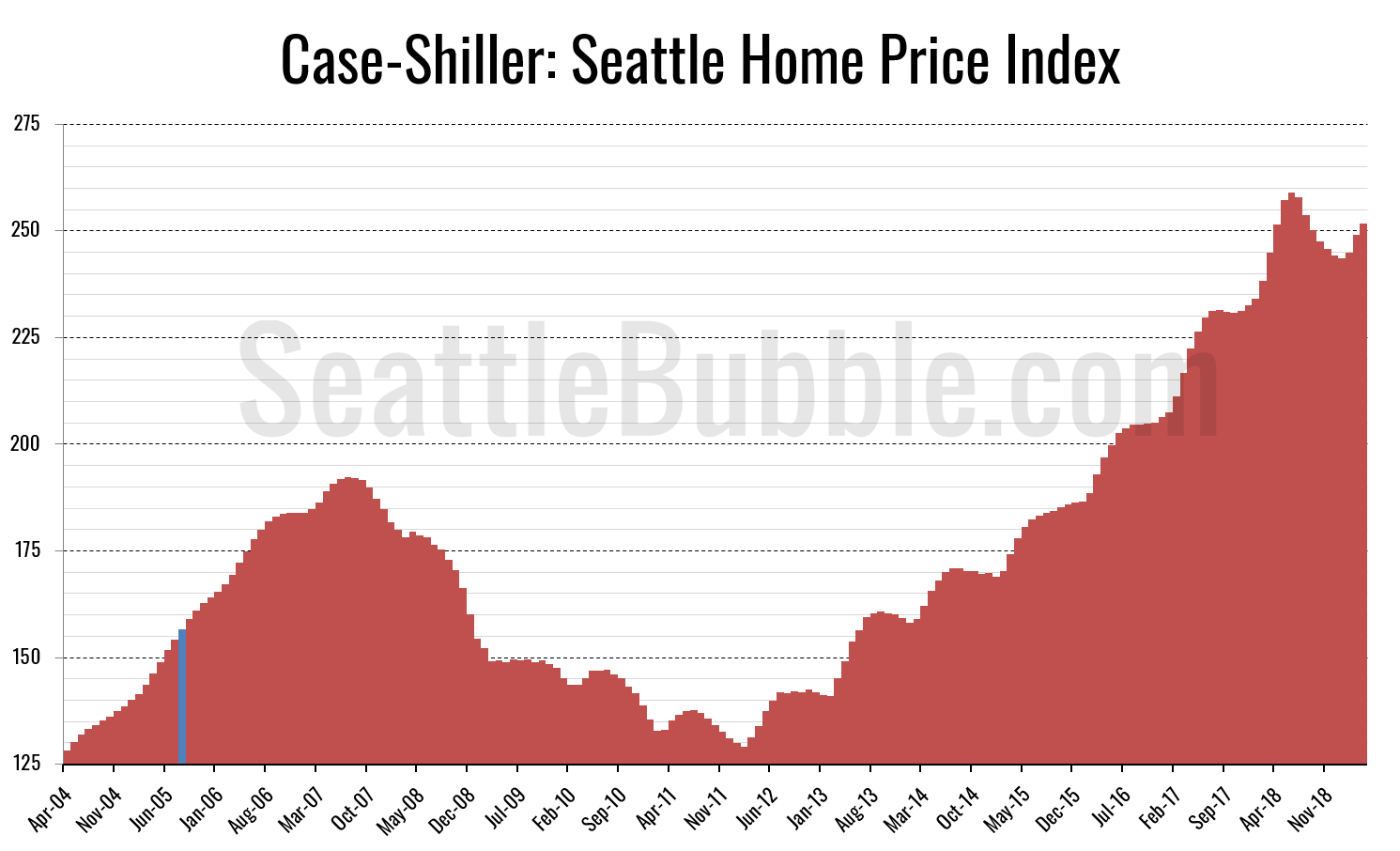 It was quite a decline over the winter, but prices bounced back sharply during the spring. Will they continue to rise, or flat-line and drop further this winter? That’s the million-dollar question, isn’t it?

Here’s the Seattle Times’ story about this month’s numbers: Seattle is ‘a notable exception’ for stalled home prices