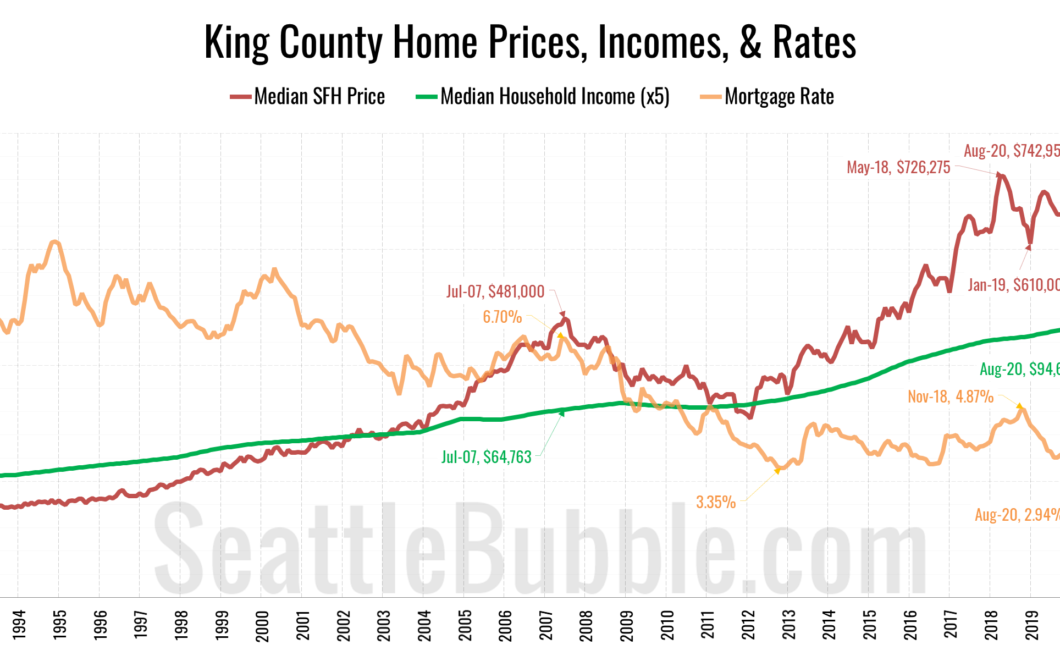 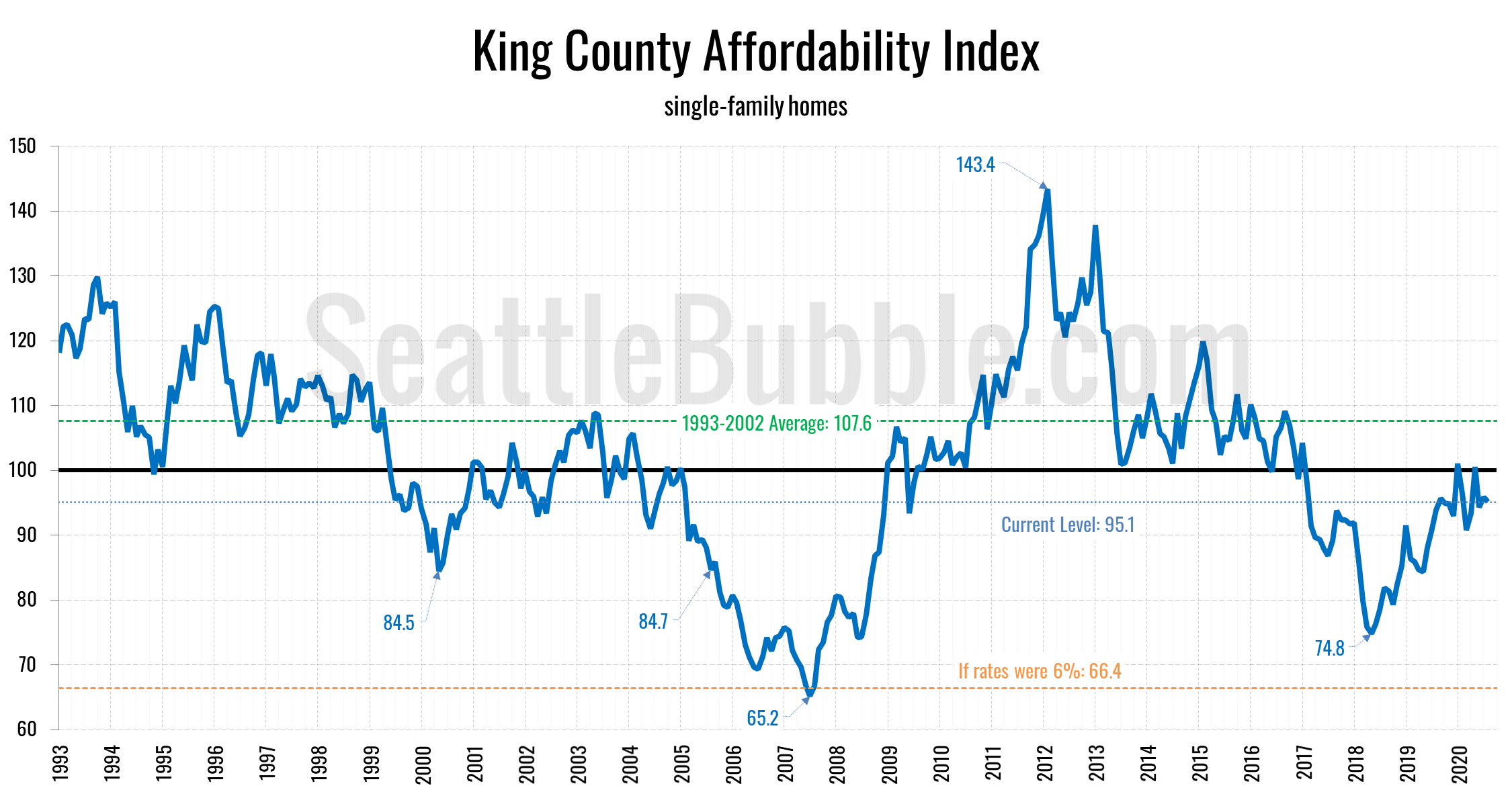 If rates went up to a more historically “normal” level of 8 percent (the average rate through the ’90s), the affordability index would be at 54.2—nine points below the record low level that was set in July 2007. 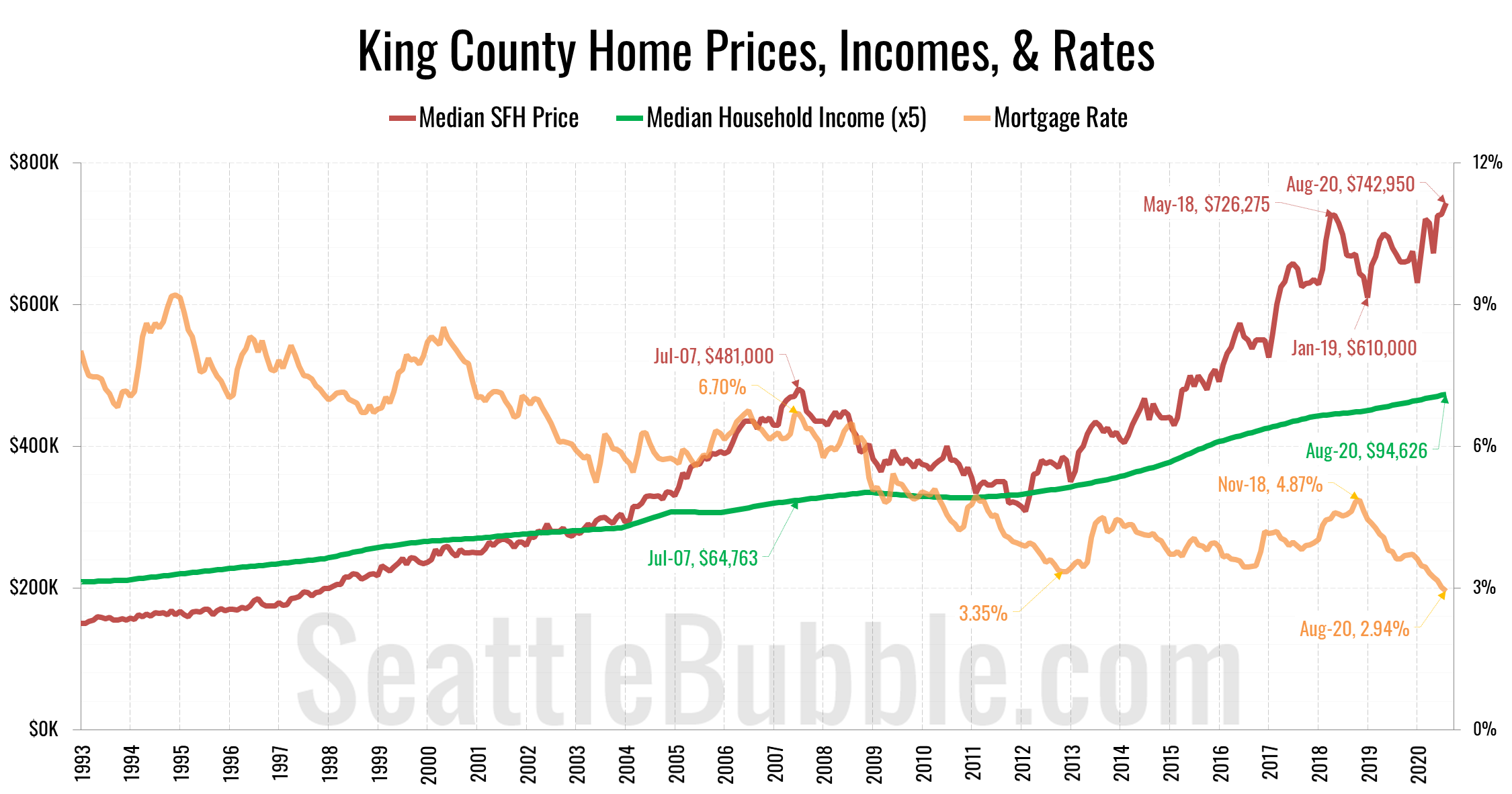 In 2017 and early 2018, home prices shot up rapidly, cratering the affordability index. After peaking in May (earlier than usual), home prices fell pretty dramatically over the following eight months, shaving off 16 percent by January of 2019. In fact, it looked a lot like another home price bubble may have been bursting in Seattle.

However, just as these price declines were beginning to gain steam, mortgage rates began dropping like a rock, falling from 4.87% in November 2018 to an inconceivable 2.94% as of August. It sure looks to me like this sudden shift in mortgage rates put the brakes on declining home prices in the Seattle area, and are probably solely responsible for the price increases we have seen over the past year and a half.

Obviously nothing happens in a vacuum, and there are myriad other factors at play here too, but the near-perfect synchronization of the sudden shift in the home price chart and the mortgage rates chart is difficult to ignore.

Anyway, here’s a look at the affordability index for Snohomish County and Pierce County since 2000, which have seen similar improvements in affordability driven almost entirely by declining mortage rates: 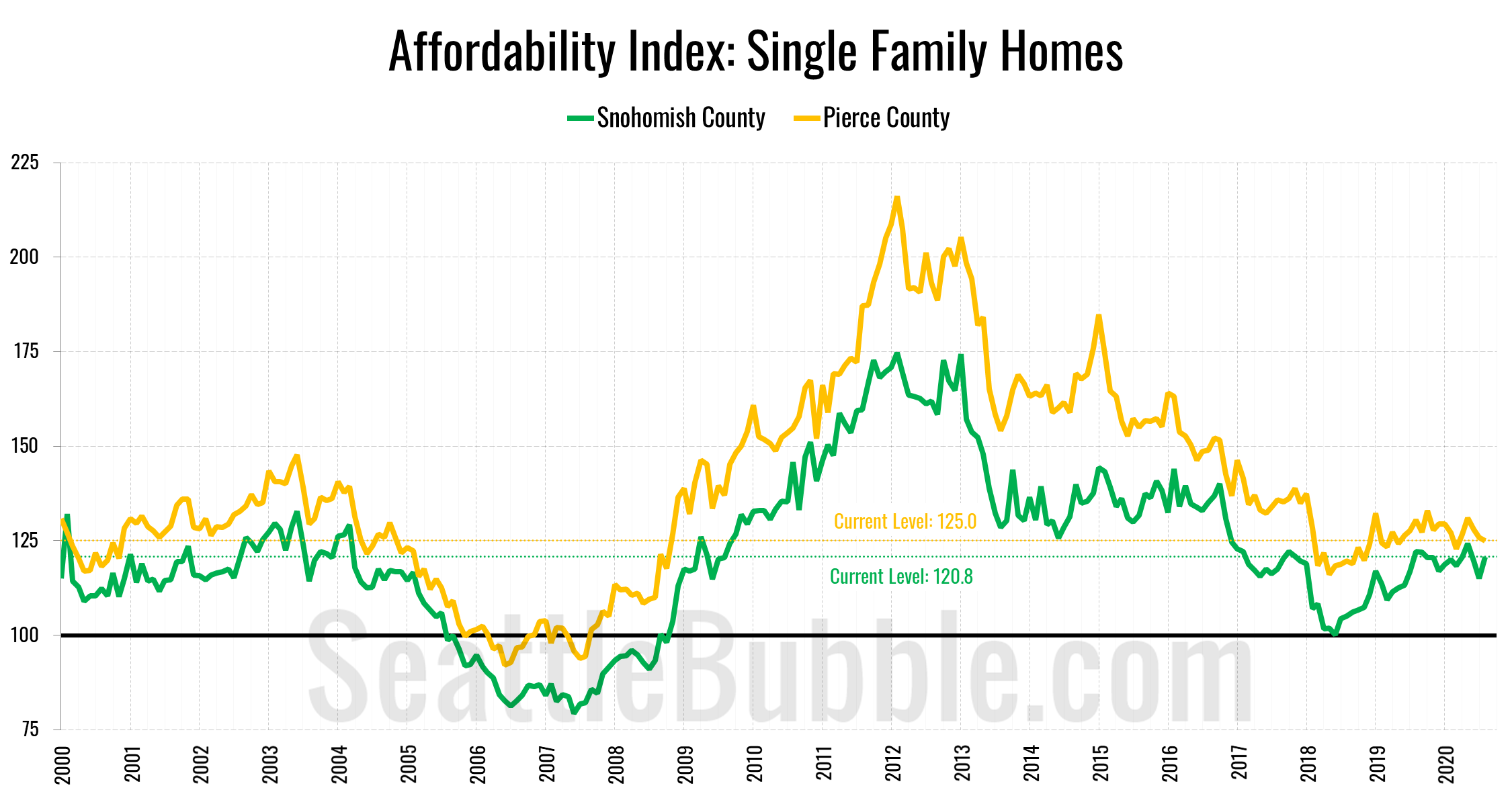 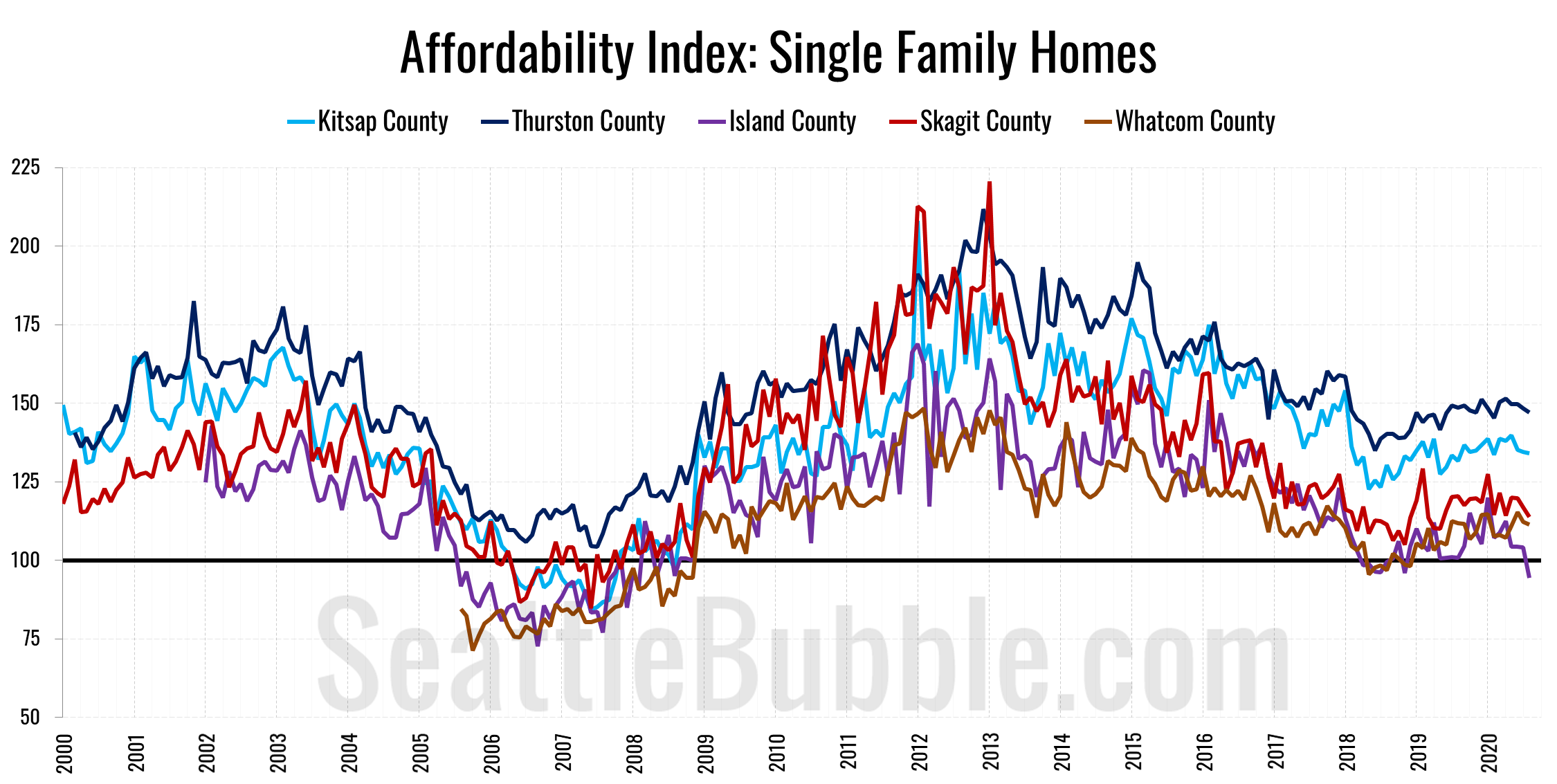