This bus ad was spotted by Redditor /u/moroccahamed on /r/SeattleWA: 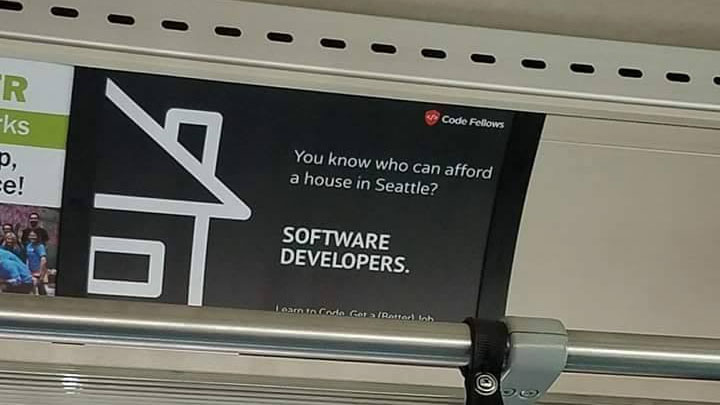 You know who can afford a house in Seattle? SOFTWARE DEVELOPERS.[/caption]