There has been some talk lately about the overall housing stock in the Seattle area, and whether construction has been able to keep up with population growth, or if there is a housing shortage that will lead to another housing boom in a few years. So I thought now would be a good time to revisit an old post from October 2006—Big Picture: Supply vs. Demand.

Here’s what the housing supply and demand picture looks like for King, Snohomish, and Pierce counties combined, indexed to 100 in 2000. 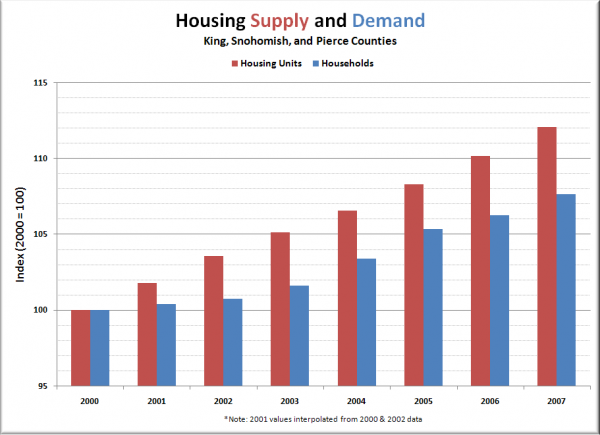 Here’s the same data as above, broken down by county: 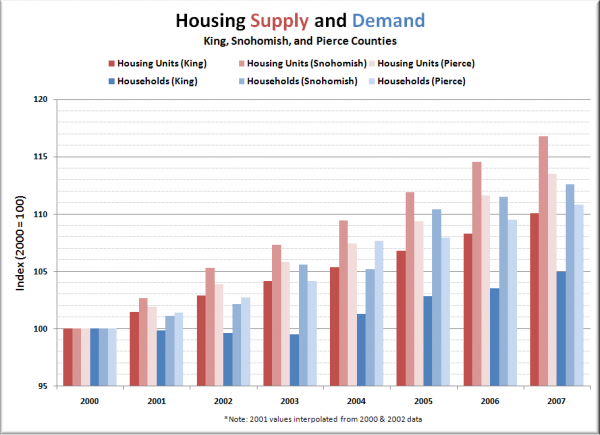 Here’s a slightly different take on the data, showing the percent occupancy rate from 2000 through 2007 for each of the three counties. 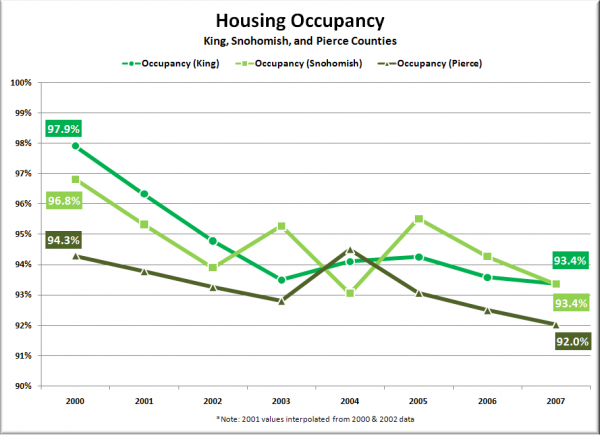 Occupancy has been steadily declining this decade in all three counties, with 2007 setting a low point in King County that has not been matched since the 1970 Census.

So please, tell me again how there’s a housing shortage in the Seattle area. I enjoy fairy tales.