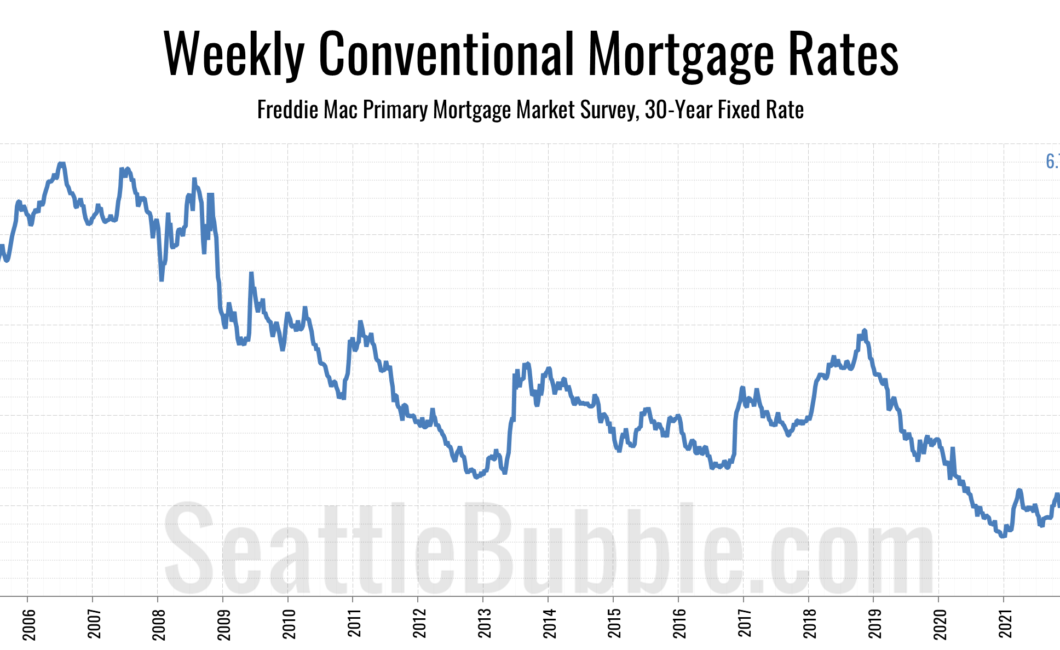 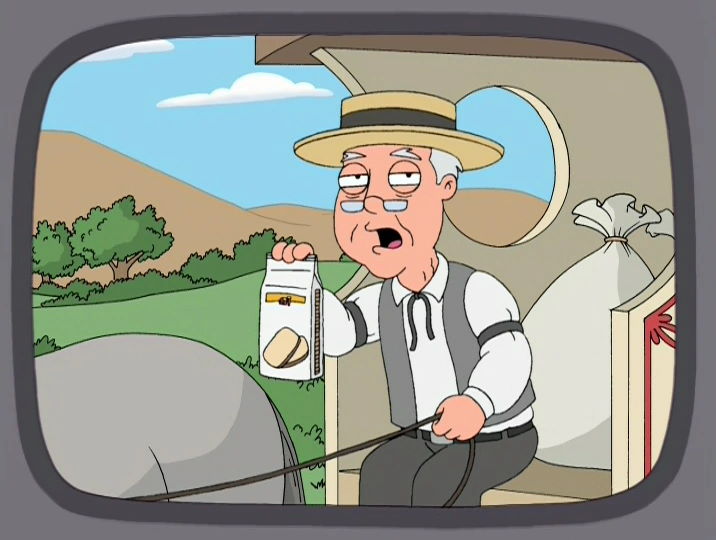 Remember way back in 2010, when the Associated Press declared that “the era of record-low mortgage rates is over”?

Or a few years later in 2013 when 4% mortgage rates were widely described as “soaring”?

Mortgage rates have been a frequent topic of discussion on these pages over the years since they have such a large impact on the housing market. Here are a few of our headlines over the years…

September 2015: Affordability Will Be Destroyed if Interest Rates Increase

Ten years ago I said that “eventually rates will climb back up above six percent” but that I didn’t expect it to happen “for at least another four years.” Even the timeline of that prediction was far too short, but to be fair it was in a post titled People Stink at Predicting Interest Rates and people includes this guy. 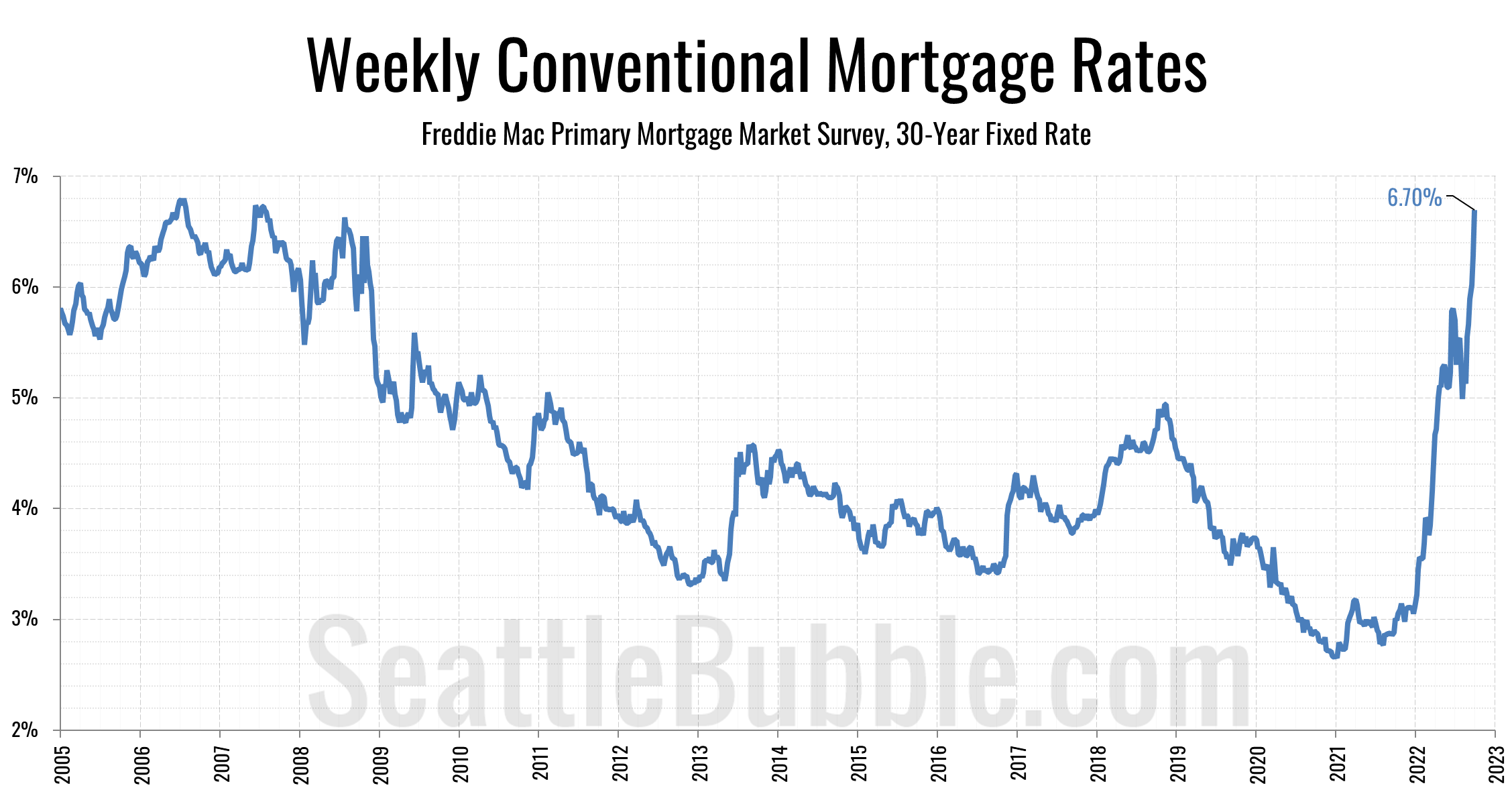 In my opinion, the absurdly low mortgage rates of the past 10+ years have basically held the housing market in a perpetual state of artificial demand inflation. The Federal Reserve has been the drug dealer, continuallly supplying the market with cocaine in increasingly higher doses while we all just kept coming back for more every time we saw the slightest hint that we may be coming down off that high.

But now, after more than a decade of rates under 5%, we’re finally going to see how a more “normal” mortgage rate will impact the housing market. It’s finally time to detox, and we don’t get to come down easy—we’re going cold turkey.

To try to get some idea of what this might look like, it may be informative to review the 2010 post Do Rising Interest Rates Lead to Falling Home Prices? Here’s the tl;dr – Yes, there have been times when a spike in mortgage rates led to a decline in inflation-adjusted home prices. Most notably the period between 1979 and 1985, when rates shot up nine points and inflation-adjusted home prices fell 20%. 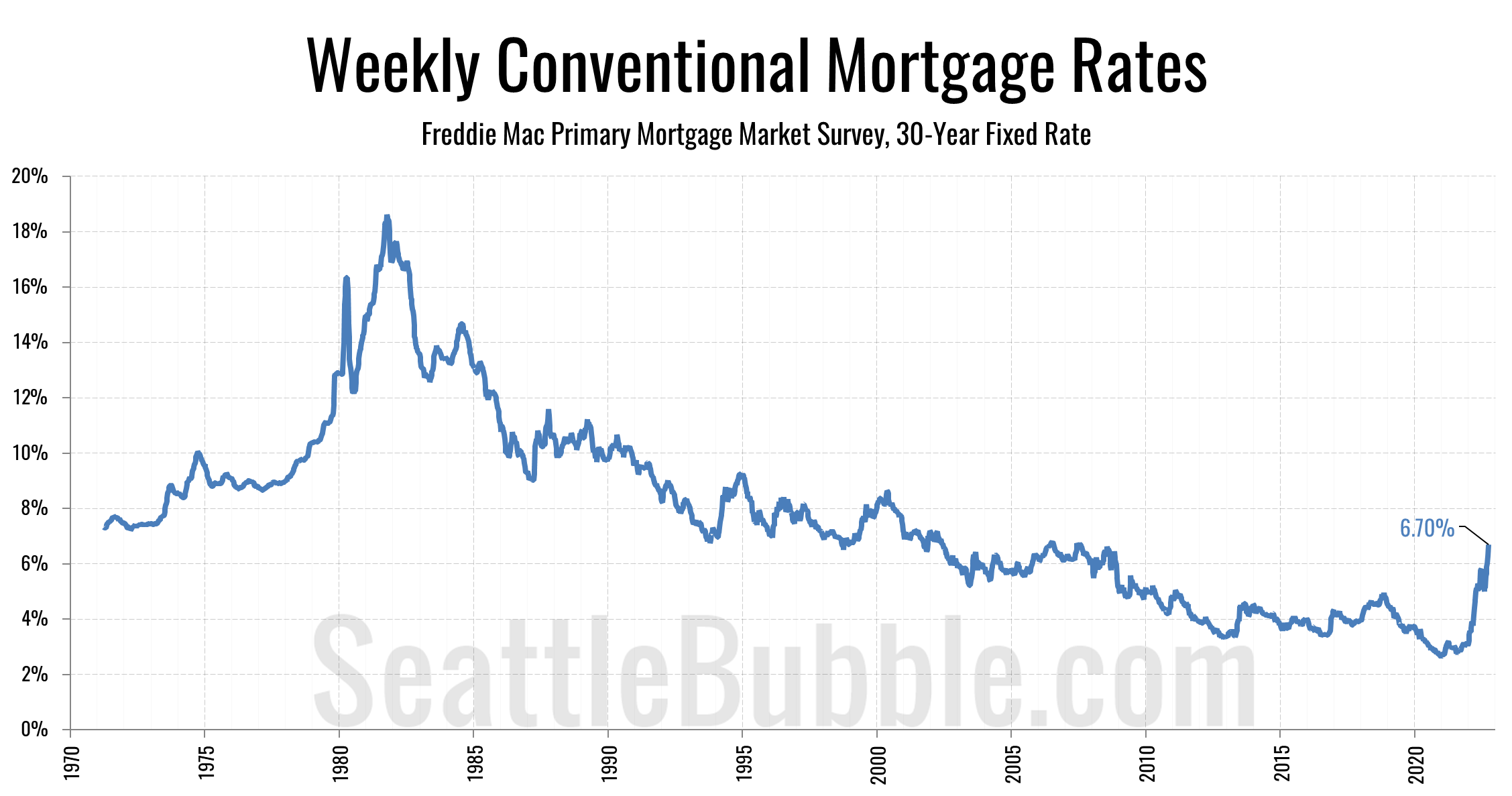 A lot of factors are different now than they were in the early ’80s. For one thing, home prices going into that period were not obscenely inflated the way they are now. Our current situation is also very different from 2008, when far too many homebuyers were leveraged to the hilt with liar loans and interest-only mortgages that they could only “afford” if prices kept rising in perpetuity. It’s impossible to predict exactly what the coming housing recession will look like, but I am fairly confident that real home prices will not be able to remain at the astronomical heights they have climbed to over the past few years with mortgage rates back above 6%.

We are already seeing a lot of weeping & gnashing of teeth about “high mortgage rates” and the Fed “killing the housing market” but in my opinion the mistake was holding rates so absurdly low for so absurdly long. Mortgage rates eventually going back to the 6-8% range was inevitable.

In closing, here is a mortgage rates haiku:

Seems it may be time
to finally pay the price
for keeping rates low.

If you’re a Seattle Bubble Member, the full data for these charts and more are uploaded to the members-only data repository. 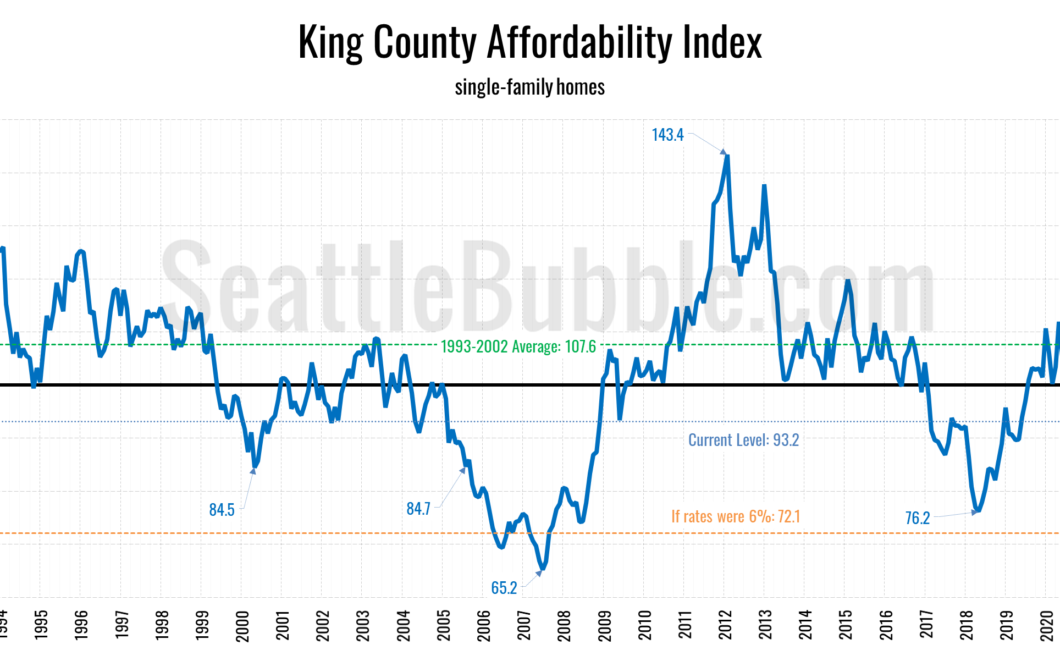 Since we’ve been gone for so long, I thought I’d start back up with somewhat of an overview post. Let’s just take a look at what’s going on in the Seattle-area (King County) housing market recently.

One of the biggest topics on everybody’s mind lately is home prices, so let’s start there… 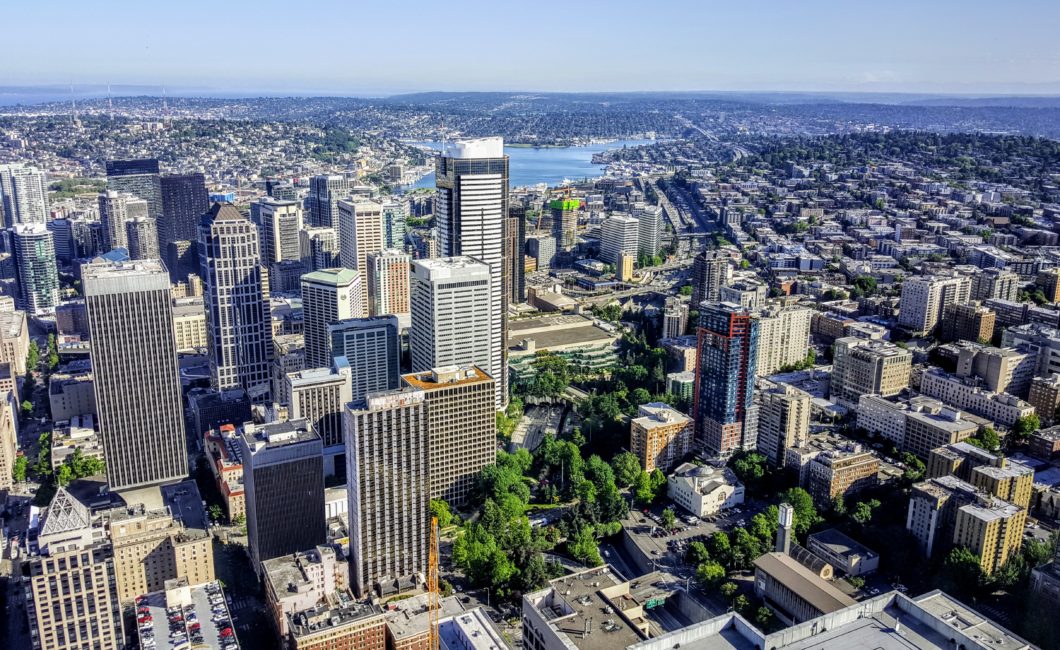 So with that context, let’s get into it… 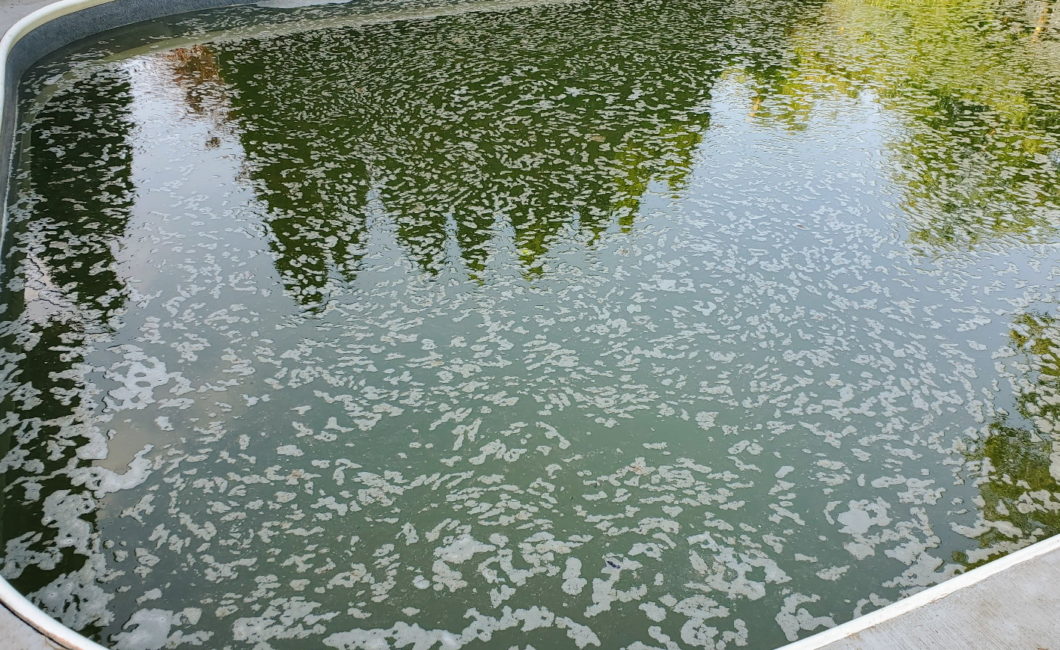 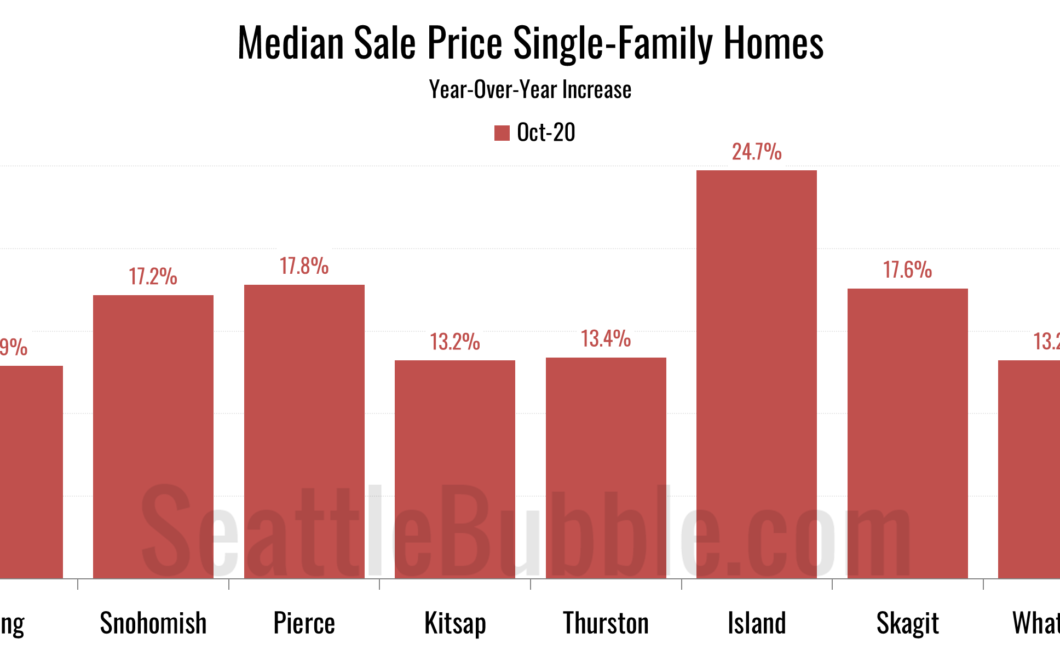 Let’s take a look at our stats for the local regions outside of the King/Snohomish core. Here’s your October update to our “Around the Sound” statistics for Pierce, Kitsap, Thurston, Island, Skagit, and Whatcom counties… 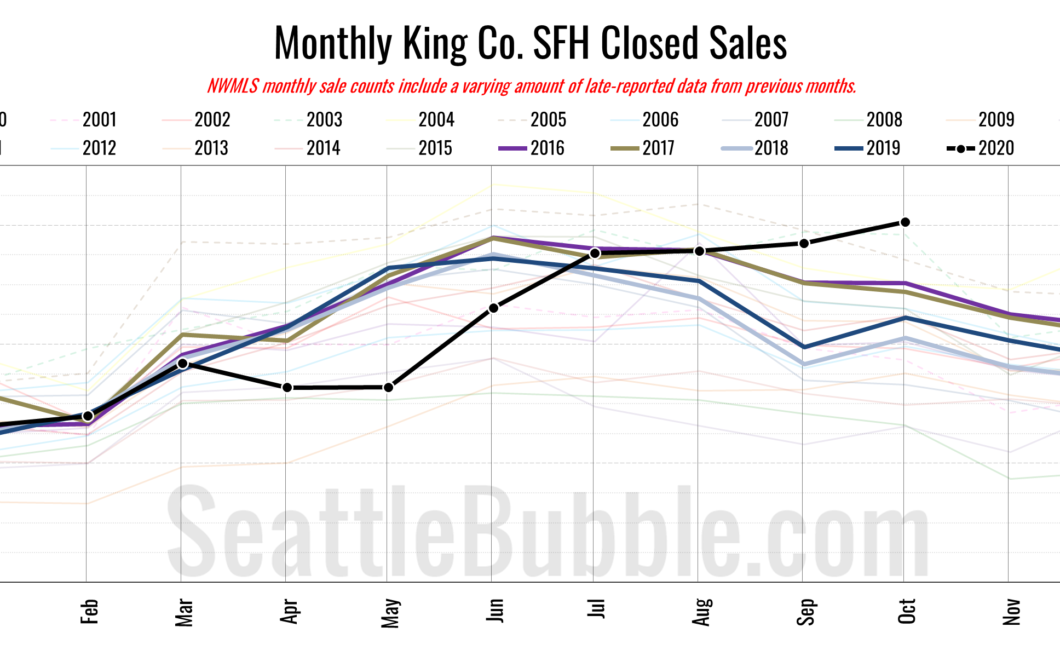 October market data from the NWMLS is available. Here’s what happened last month in the Seattle-area housing market: Home prices and pending sales fell slightly, but closed sales rose to the highest level ever seen during an October—over 3,000 sales. 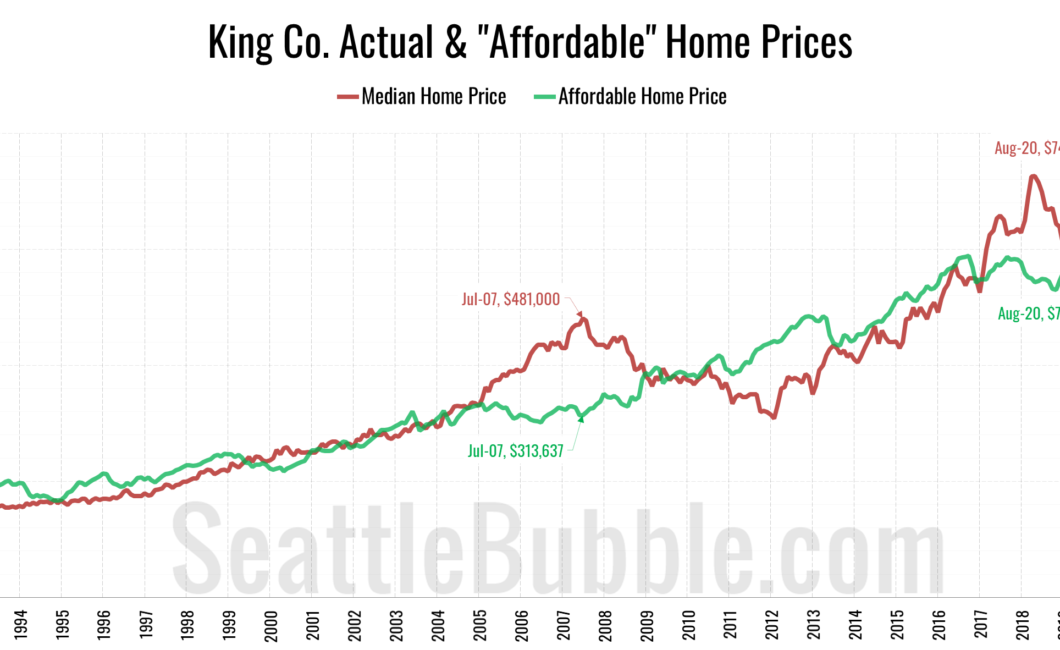 
Join the Seattle Bubble group on Flickr to contribute!