With February but a memory fading away in our grey matter, it’s time for another monthly stats preview. Most of the charts below are based on broad county-wide data that is available through a simple search of King County and Snohomish County public records. If you have additional stats you’d like to see in the preview, drop a line in the comments and I’ll see what I can do. 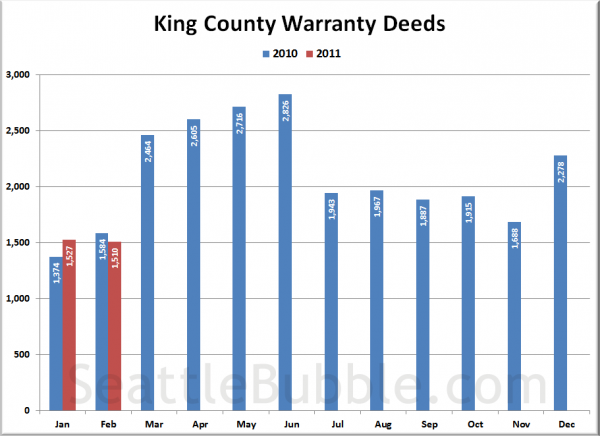 Warranty Deeds fell slightly from January’s level, coming in about 5% lower than a year ago. Last year Warranty Deeds rose 15% during the same month. Based on this data we should see NWMLS-reported SFH closed sales for February come in right around 1,000 again (barring an excess of late-reporting nonsense). 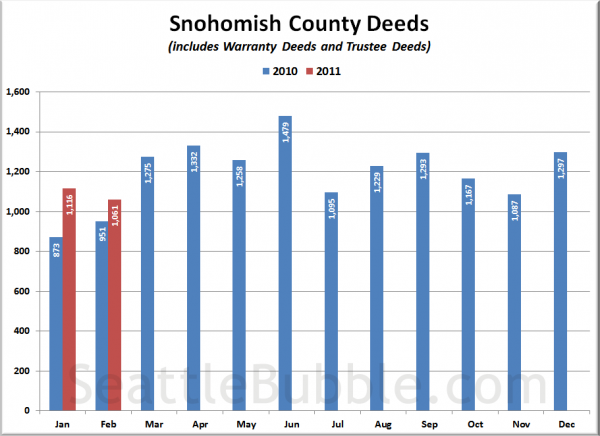 Overall deeds fell month to month in Snohomish, but rose from a year ago. 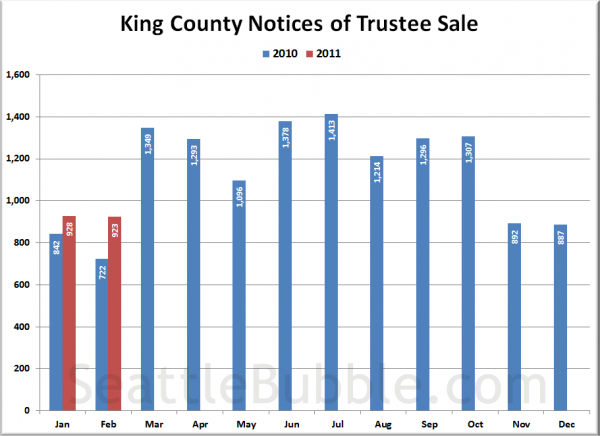 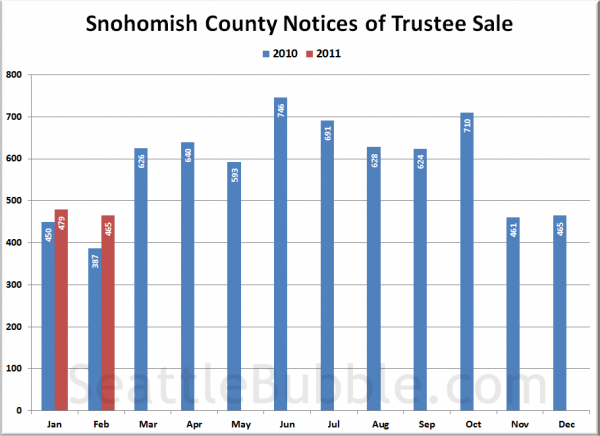 Given that we had three fewer days in February, it’s not too surprising to see both counties post a slight drop month-to-month, but they were both up over 20% from a year ago, which seems to indicate that the “foreclosure crisis” is not quite over yet. 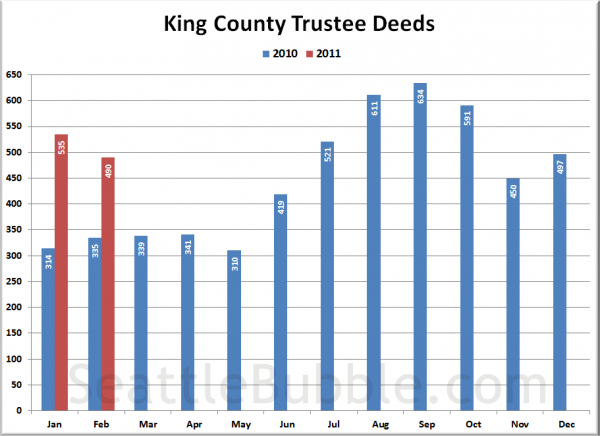 Also down month-over-month, but up over 46% from a year ago. 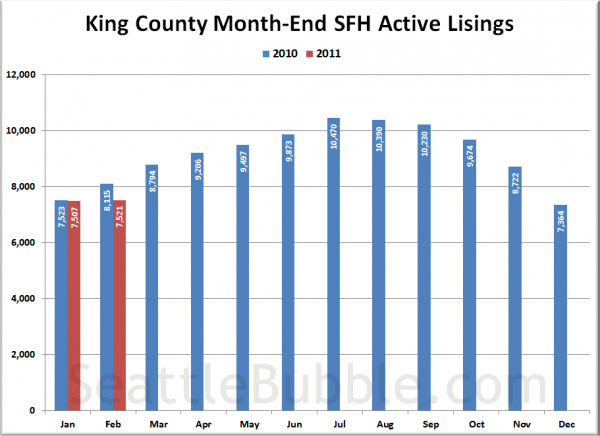 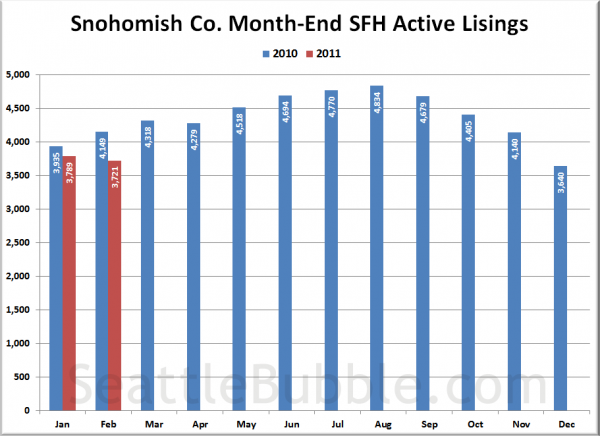 Still moving in the opposite direction of what we normally see this time of year. It looks like many area sellers have moved into the “acceptance” phase, not even bothering to list their homes at fantasy prices because they know there is no way they will be able to get as much as they need or want for their home.