Let’s have a look at the latest data from the Case-Shiller Home Price Index. According to October data, Seattle-area home prices were:

Last year prices fell 1.3% from September to October and year-over-year prices were down 4.1%.

No big surprise here. Expect continued declines through the fall and winter months at least.

Again, DC and Detroit are the only two cities in YOY positive territory in the latest update. Meanwhile, after half the cities showed month-to-month gains in August, all but three are now in negative territory as of September. 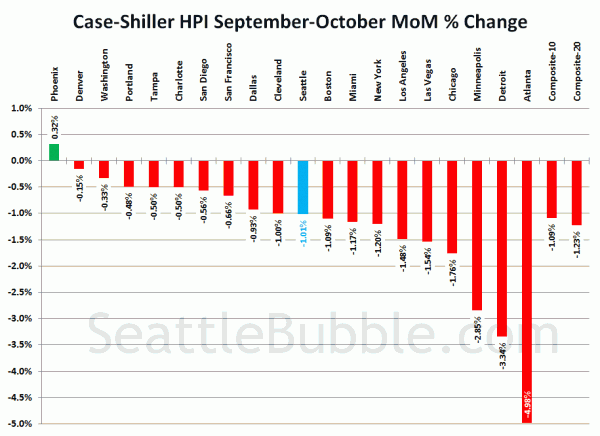 Seattle moved from close to the bottom of the heap in month-over-month changes to the middle this month, while Atlanta continues to plummet.

Just three cities were falling faster than Seattle as of Octboer: Minneapolis, Las Vegas, and Atlanta. 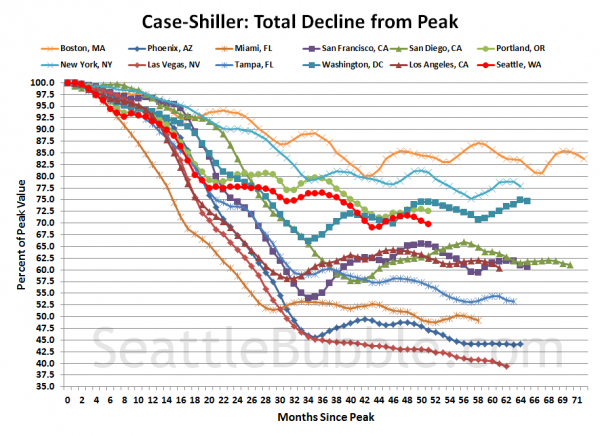 In the fifty-one months since the price peak in Seattle prices have declined 30.2%, a bit lower than last month, but still up 0.7 points above the low set back in February.

For posterity, here’s our offset graph—the same graph we post every month—with L.A. & San Diego time-shifted from Seattle & Portland by 17 months. San Diego, Portland, and Seattle all bumped up a bit in October, but Los Angeles continued to fall. Year-over-year, Portland came in at -4.7%, Los Angeles at -4.9%, and San Diego at -4.5%. 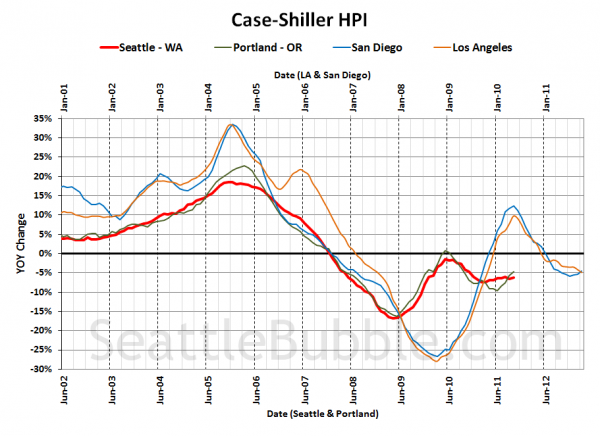