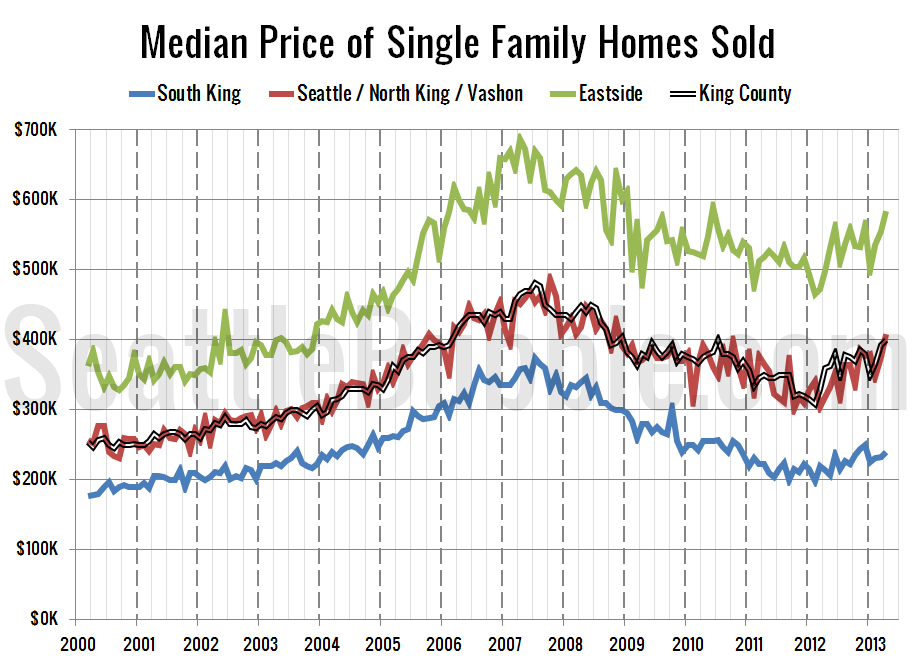 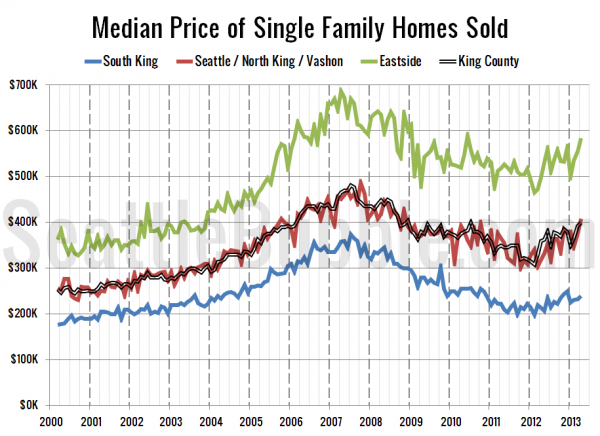 The median price in the low end regions inched up, while median in the high and mid-tier regions both saw another sizeable bump in April. 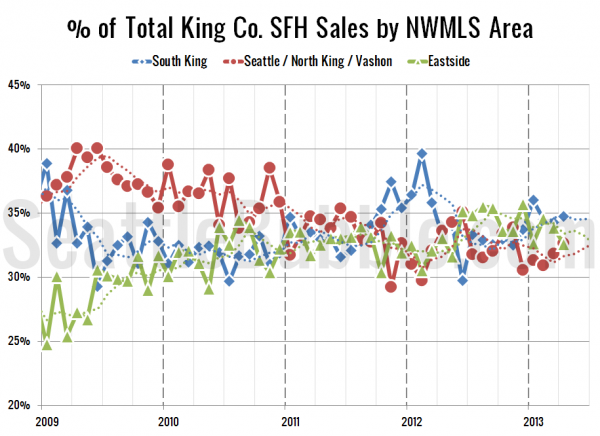 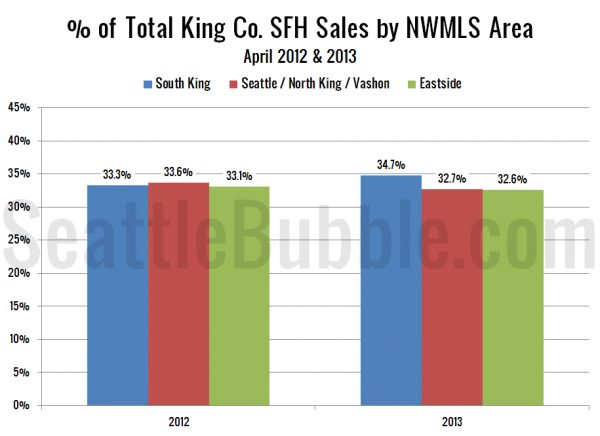 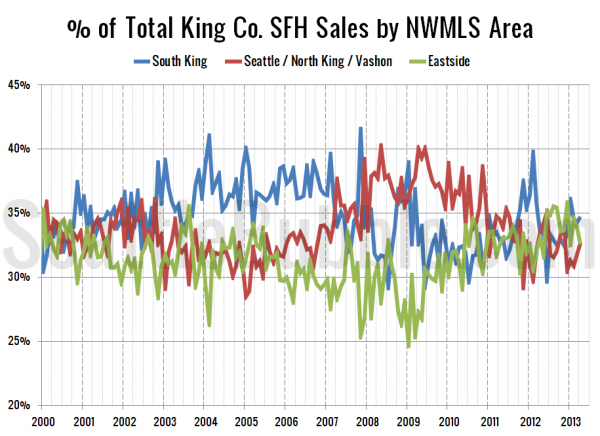 As the low end gains share we’re heading toward a market that looks similar to what we experienced during the bubble, when the low end regions consistently made up 35% to 40% of the sales. So far things are not that extreme yet though.