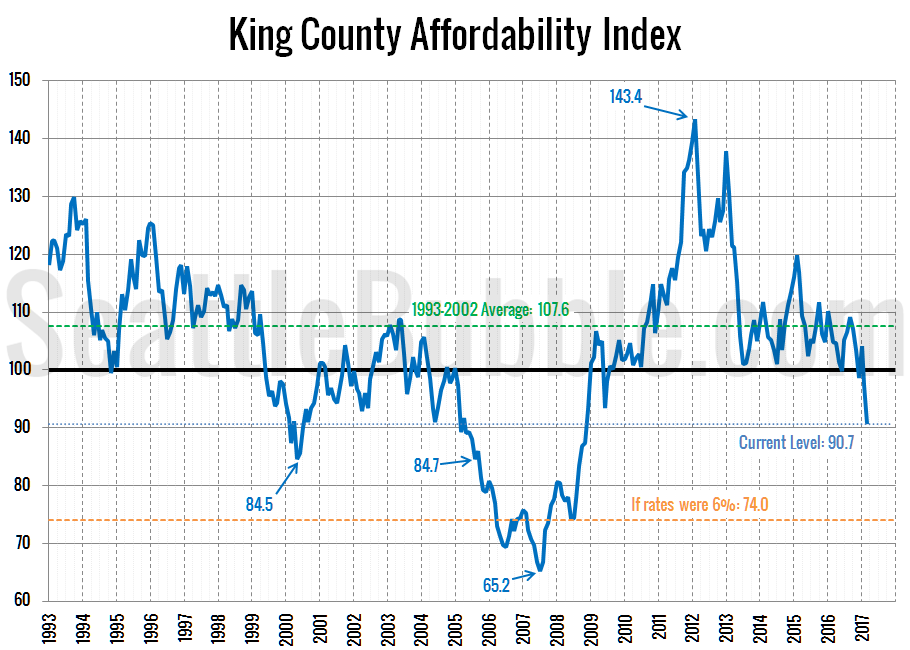 You can get access to the spreadsheets used to make the charts in this and other posts by becoming a member of Seattle Bubble.

With all of the first quarter behind us, and the question of whether or not we’re in another real estate bubble here in Seattle on everyone’s minds, let’s take an updated look at our affordability index charts for the counties around Puget Sound.

As of March, affordability has now fallen to its lowest level since November 2008, and as has been the case for quite a while, it would be considerably worse if not for the current absurdly low interest rates.

Median home prices have already begun their annual spring bump, while interest rates have ticked up slightly. The affordability index for King County currently sits at 90.7. An index level above 100 indicates that the monthly payment on a median-priced home costs less than 30% of the median household income. 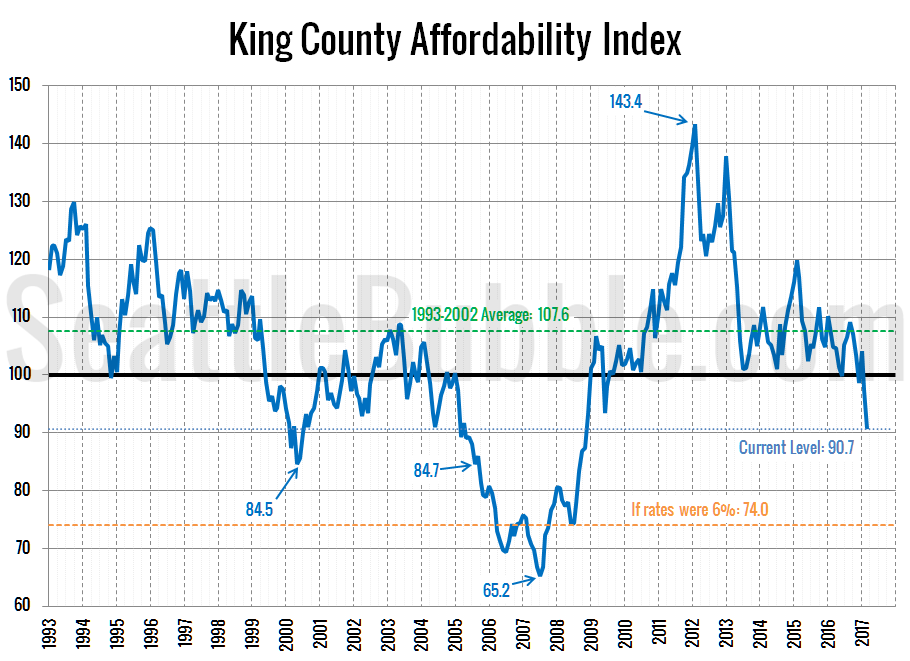 I’ve marked where affordability would be if interest rates were at a slightly more sane level of 6 percent—74.0, which is worse than any point outside of early 2006 through late 2007.

If rates went up to a more historically “normal” level of 8 percent (the average rate through the ’90s), the affordability index would be at 60.4—five points lower than the record low level in July 2007.

In other words, ridiculously low interest rates are still the only thing propping up affordability in the Seattle area. 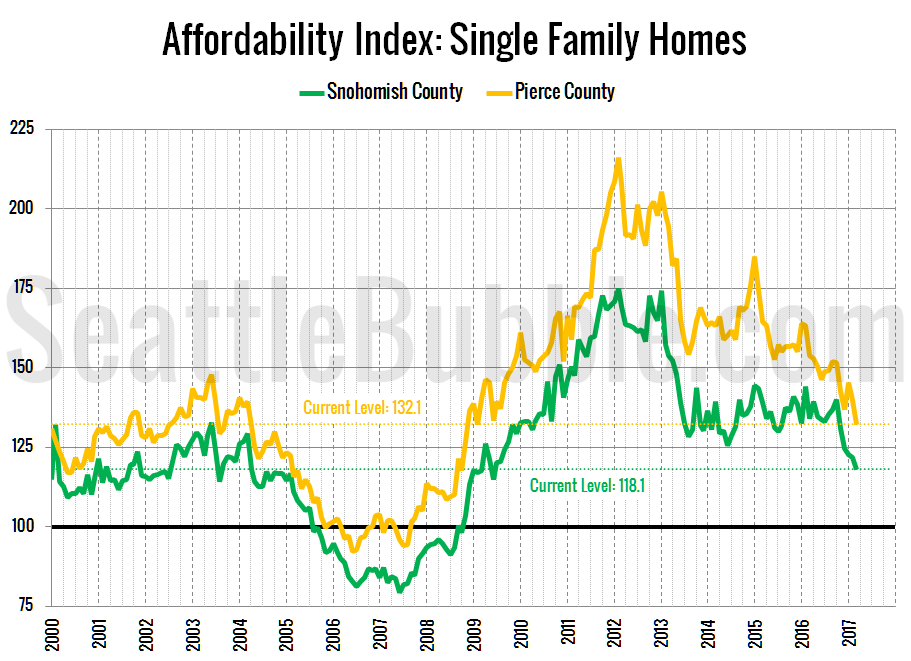 The affordability index in Snohomish currently sits at 118.1, while Pierce County is at 132.1. Both down considerably over the last few years.

In other affordability-related news, Zillow subsidiary Trulia recently released their own version of an affordability calculator. It is broken and gives terrible advice. Do not use it. If you adjust the interest rate, the calculator breaks. If you adjust the property tax rate, the calculator ignores the new value. They also claim that spending up to 36 percent of your income is “affordable,” despite years of precedent that “affordability” means not spending more than 30 percent of your income. I’m shocked that such a broken and misleading tool was published.

My own simple affordability calculator doesn’t have a lot of fancy features or the prettiest interface, but at least it works. 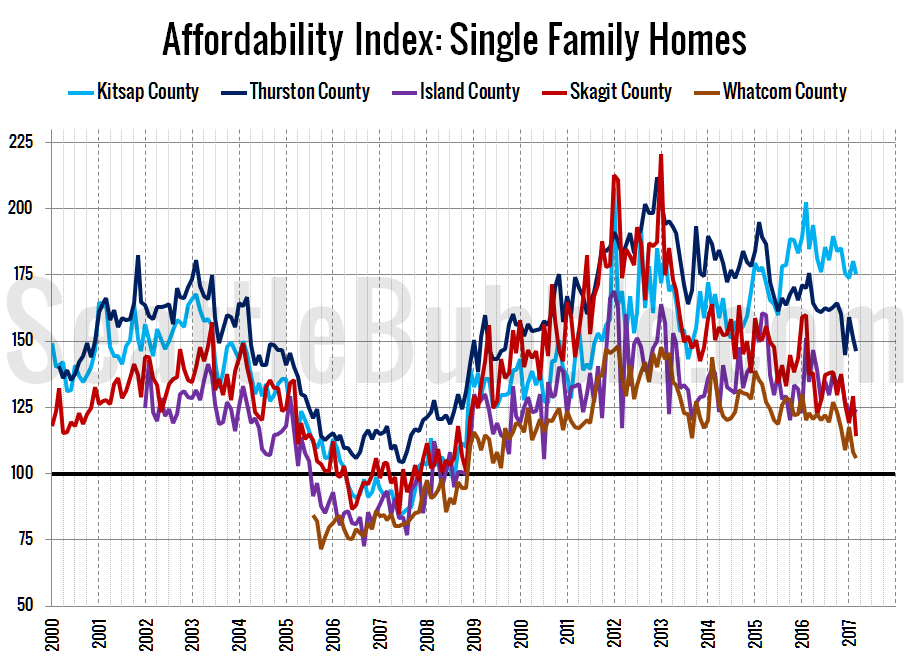