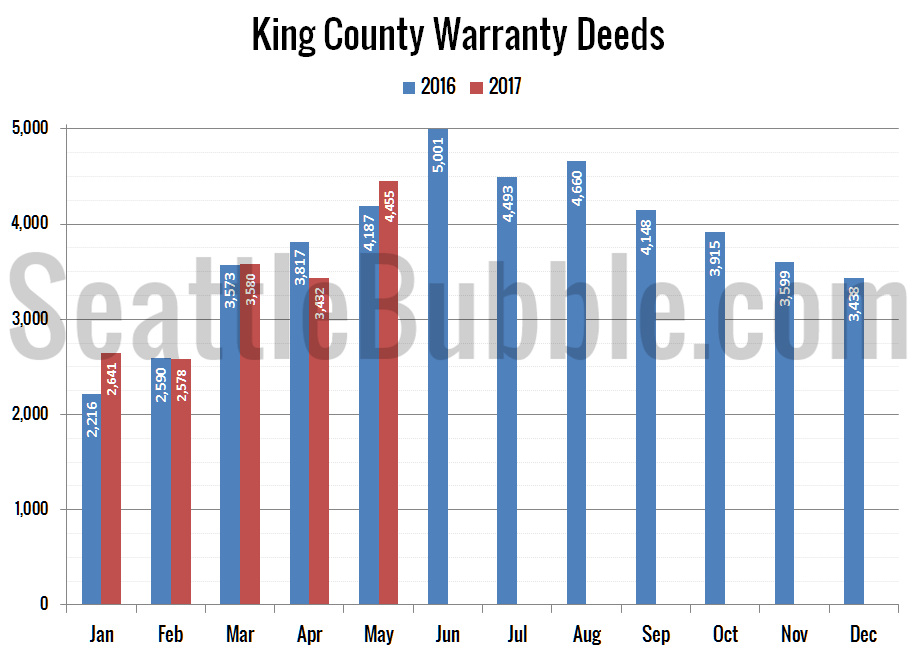 NWMLS posted their stats this morning, but first here are our regular monthly “preview” charts. Now that May is behind us let’s take a look at the local housing market stats for the month. Short story: Sales shot up, listings improved a little but are still scarce. 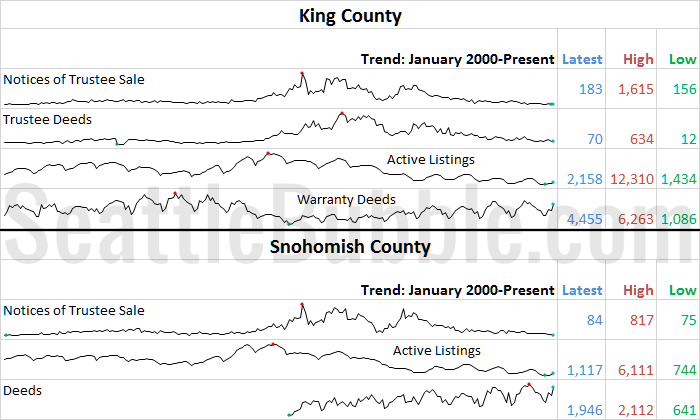 Sales bumped up quite a bit between April and May in both counties. Listings were up month-over-month also, but still down significantly from a year earlier. 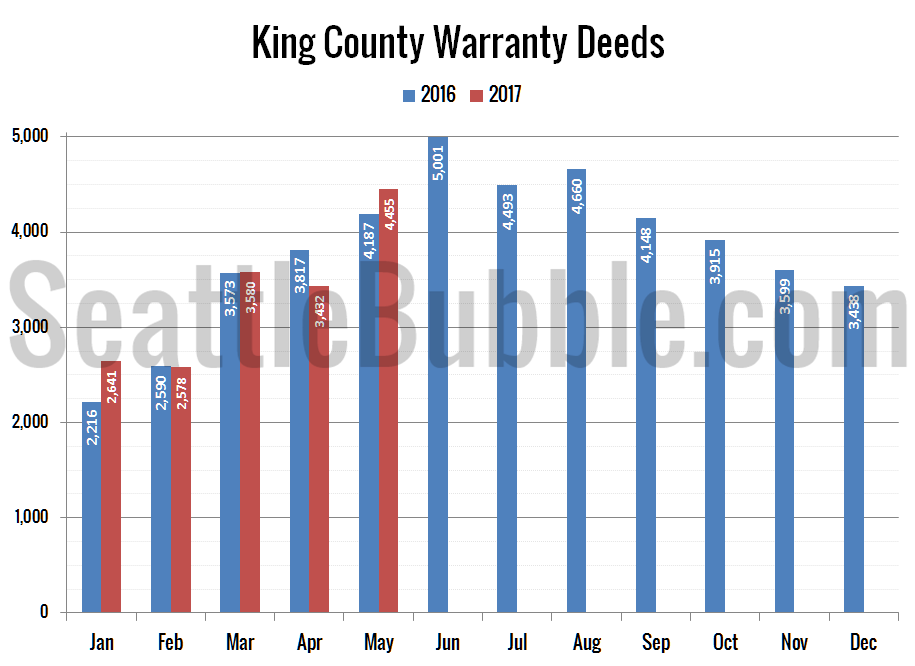 Sales in King County were up thirty percent between April and May (a year ago they rose ten percent over the same period), and were up six percent year-over-year. 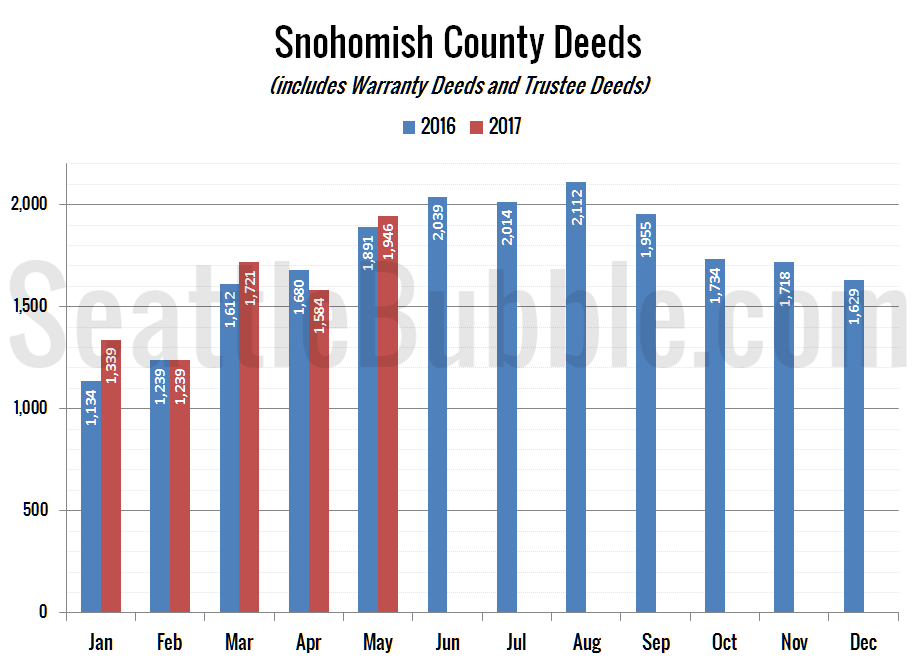 Deeds in Snohomish were up twenty-three percent month-over-month (vs. a thirteen percent increase in the same period last year) and were up three percent from May 2016. 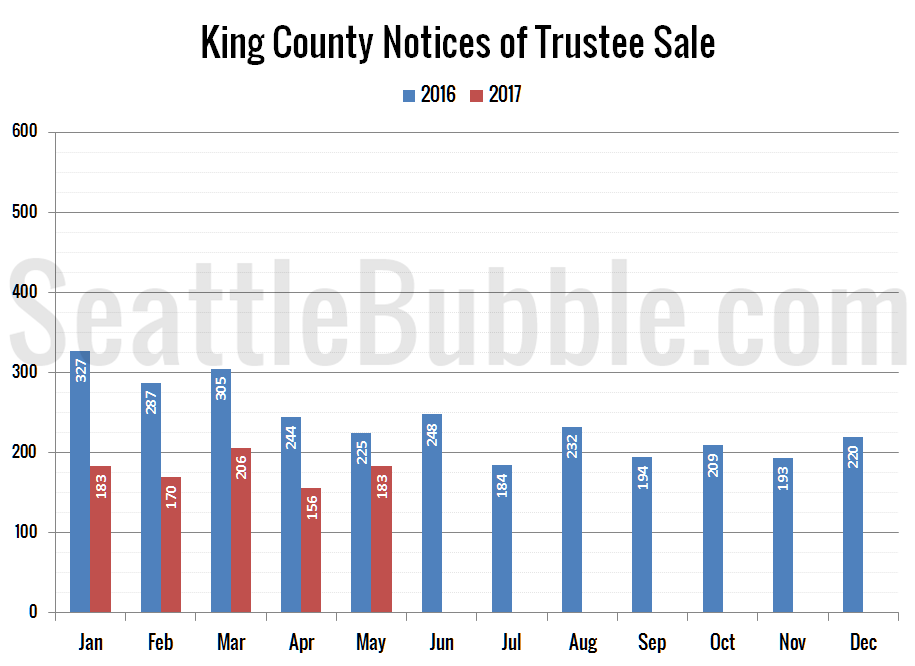 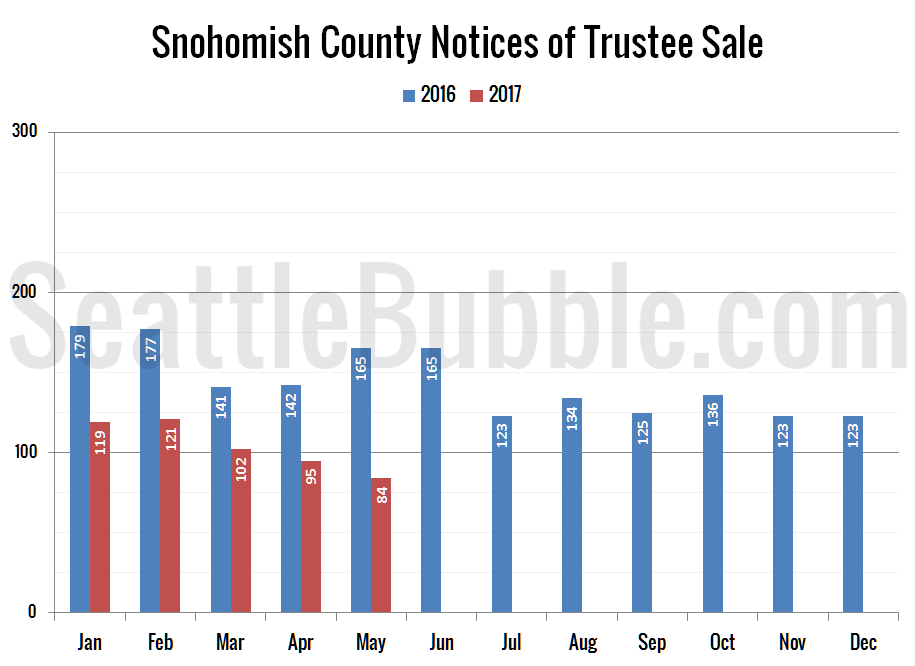 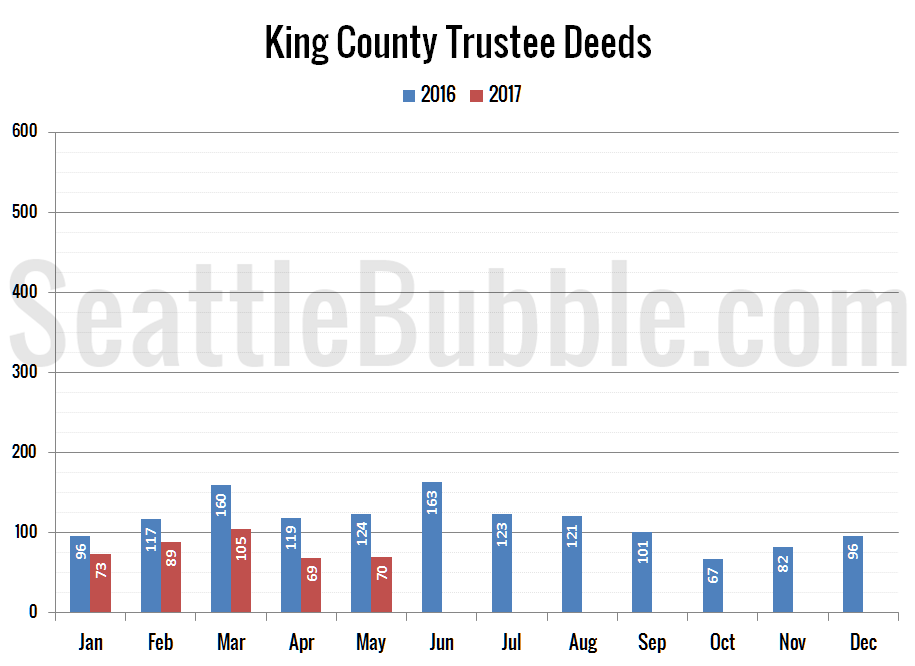 Trustee Deeds were down 44 percent from a year ago. At this point we’re basically at “the bottom” for completed foreclosures. 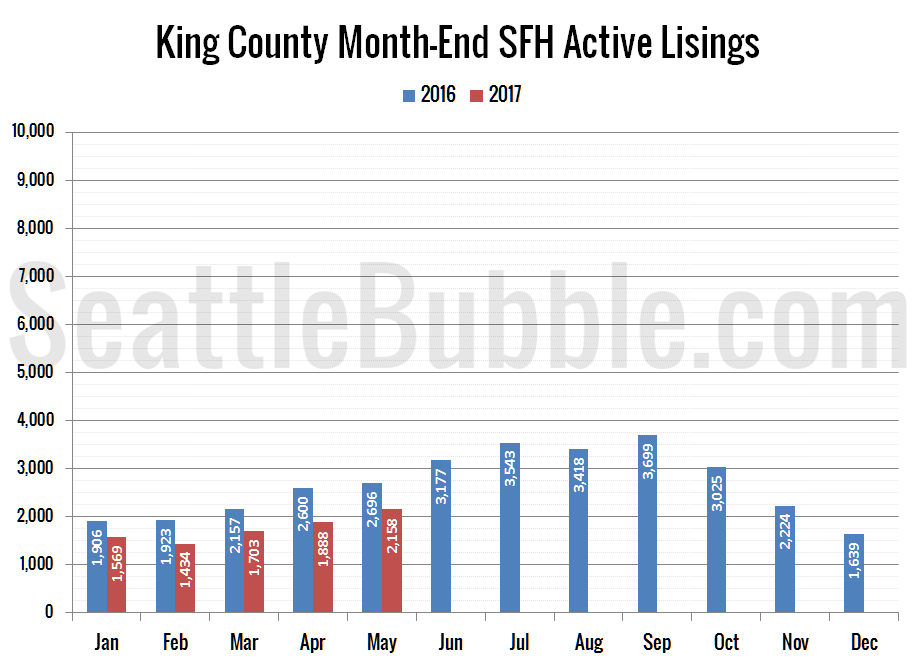 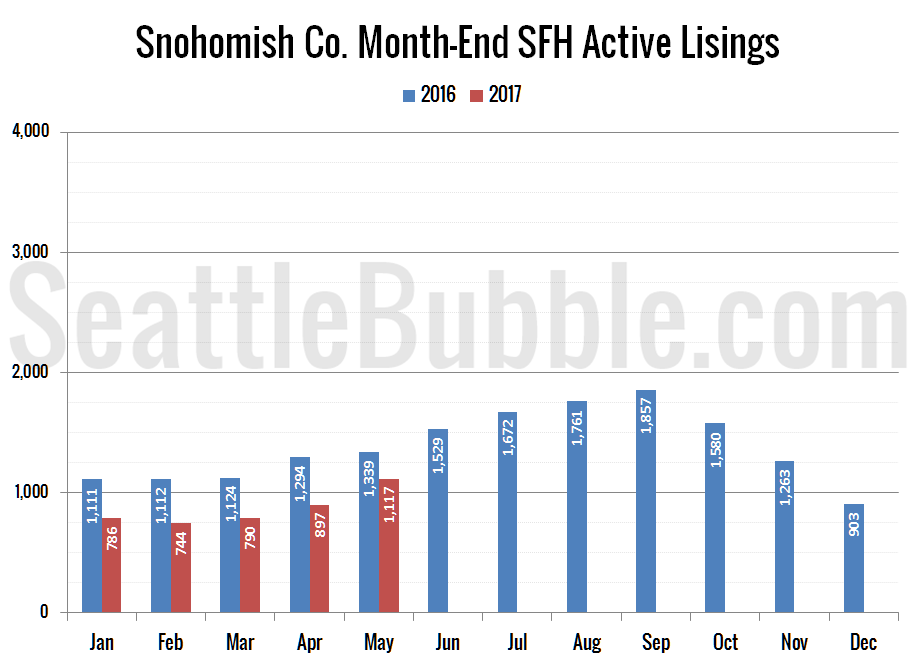 Inventory increased 14 percent between April and May in King County, but was still down 20 percent from a year earlier.

In Snohomish County it was the same basic story: Listings up 25 percent month-over-month but down 17 percent year-over-year.

The only good thing I can really say about inventory is that it has increased month-over-month for the last three months in a row. Hooray?

Stay tuned later today for the NWMLS data, and later this month for other “official” data from various sources.