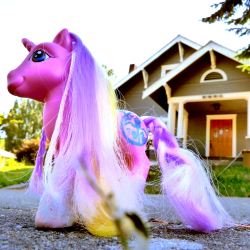 With the rise of the “brony” cultural phenomenon over the last few years, many recent visitors to Seattle Bubble have assumed that our pink pony mascot is somehow related. It is not.

The selection of a pink pony as the site mascot stems from an inside joke that began in 2007, and has nothing to do with “bronies” (fans of the 2010 My Little Pony cartoon show “Friendship is Magic”).

Here’s the first mention of pink ponies on Seattle Bubble, by a commenter named Chris on March 28, 2007:

Remember, if there is a downturn in the nation’s economy, it will not affect Seattle. This is because Seattle is special, a magical place where all homeowners ride pretty pink ponies on streets made of crystal, and gumdrops fall from the sky…

You left out that fact that every homeowner is issued a brand new pretty pink pony at closing. Oh, and the houses are made of chocolate, the silkiest, most delicious chocolate in all the land.

Seattle is mostest specialist place in the whole wide world!!!

The pink pony meme took off from there. In August of 2007, a forum thread was started dedicated to the pink pony joke:

It’s been fairly well established on this (and other?) blog(s) that a group of pink ponies have been engaging in price fixing schemes to prop up real estate in the Seattle area. They have been spotted frequenting the Microsoft campus, and it is suspected that they are renting Ballard Bob’s basement.

In December 2007 Crystal was officially introduced as the site mascot:

In closing, please enjoy this photo of a full-sized pink pony sculpture in the back of a pickup truck, spotted back in 2010 by a Seattle Bubble reader in the Olympia area: 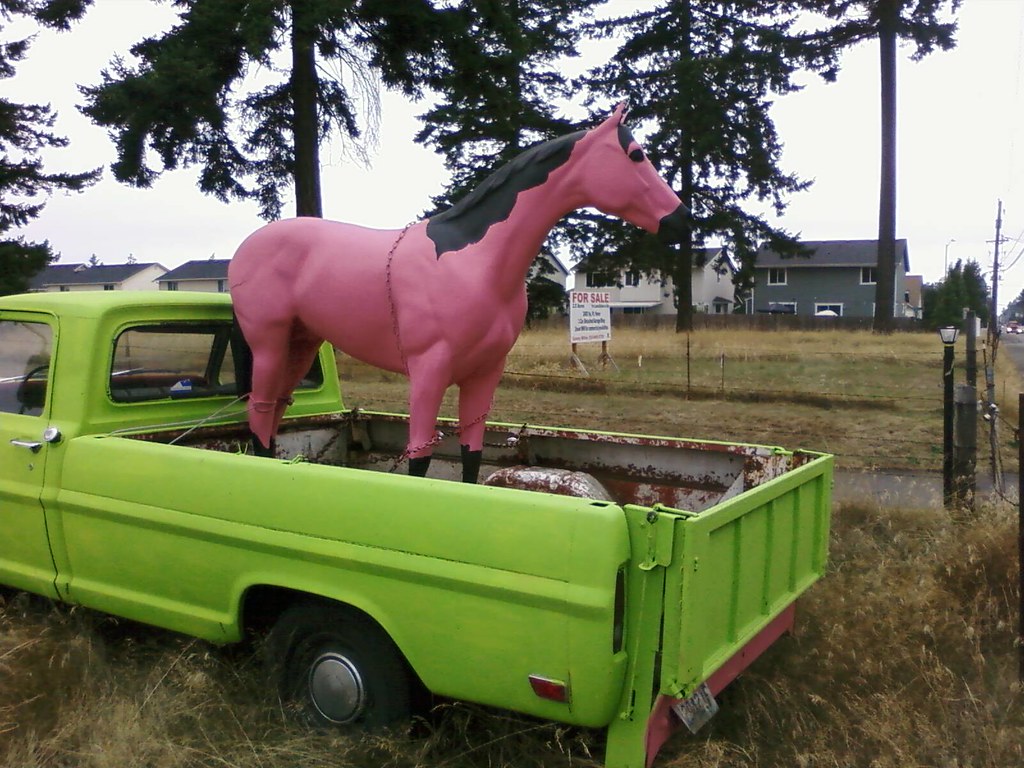