If you think our “strong local economy” is going to protect the Seattle area from feeling a pinch in the housing market and elsewhere as recession looms on the horizon, think again. The pinch is here. 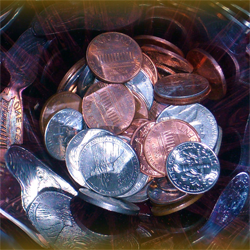 That projection is gloomier than the $25 million general fund shortfall for 2009 forecast by County Executive Ron Sims in October. And the years beyond 2009 look worse still, county Budget Director Bob Cowan said.
…
The general fund relies primarily on sales and property taxes. The recent rapid growth in sales tax revenue is slowing with the economy. Property tax growth also is faltering: Although overall tax increases on existing property are capped at 1 percent in any event, new construction is exempt from that limit, and the housing slowdown has put a crimp in that revenue source, Cowan said.

So much for our special immunity. But as long as Microsoft and Boeing keep hiring, everything will work out, right?

How about instead of sticking our heads in the sand and pretending everything will just be okay, we get in gear and start looking for ways to work through the hard times that are almost certain to be just around the corner?

Along those lines, I received an email from a reader that wanted to discuss “where people should spend their tax rebate checks in a way that will truly benefit our economy.” Personally I think the problems with our economy are beyond the point where putting a few thousand dollars in everybody’s pocket is going to help things. I’d suggest using the money to pay off a little debt, do a little contrarian investing, or just plain save it… pretty much anything but spending it.

Anyway, how do you think individuals, families, and local governments can best prepare for a serious economic slowdown?