Remember our metric: less than 6 MOS is a sellers market and above 6 is a buyer’s market, meaning that buyers have better negotiating power, not that homes are necessarily priced attractively for buyers. Before this year, the longest that King County as a whole has sustained a MOS above 6 was 4-5 months in the winter of 1994-1995. March MOS for King County came in at 6.19 (slightly higher than February), bringing the current run to seven months. 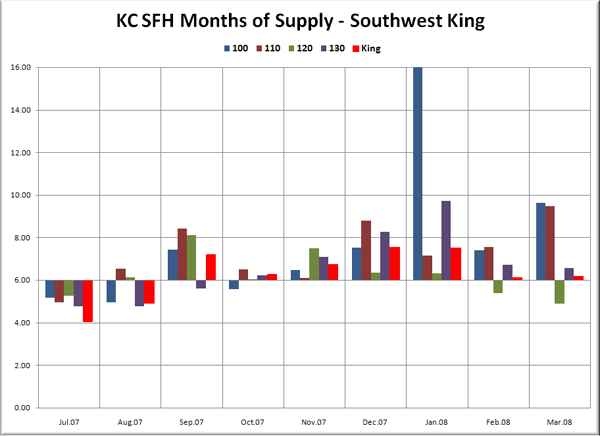 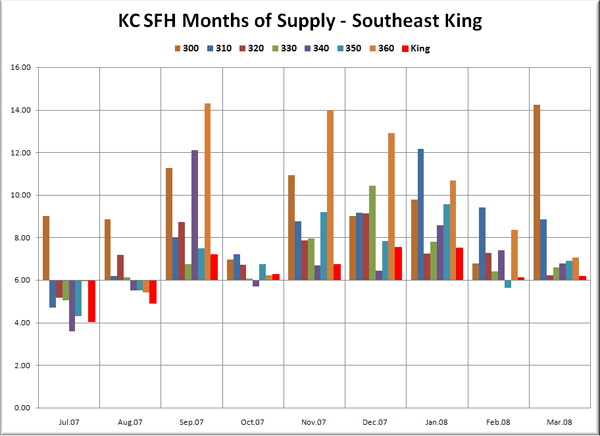 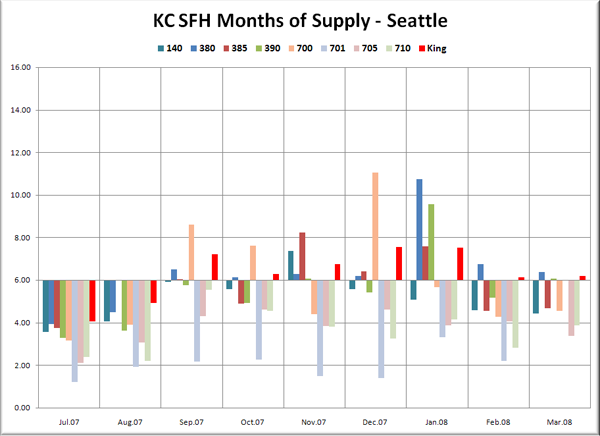 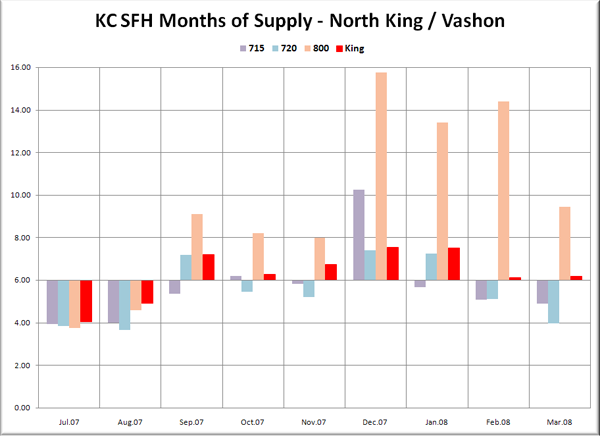 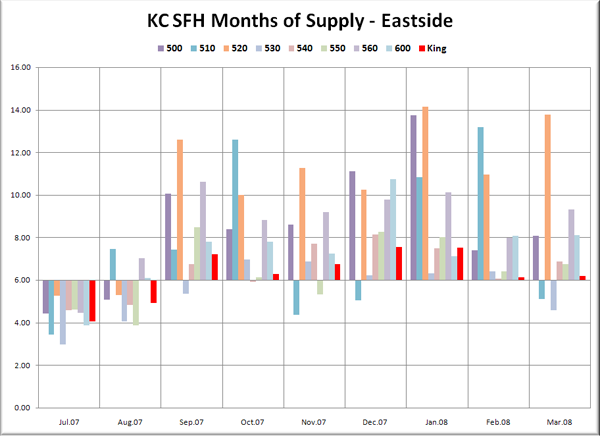 The best markets for sellers continue to be North Seattle areas 705 and 710 (Ballard, Greenlake, Greenwood, Lake City, Northgate, Wedgewood, etc.), with 3.38 and 3.86 MOS respectively. One other area dropped slighly below 4 MOS, area 720 (Lake Forest Park, Kenmore) with 3.95 MOS. The Seattle city limits as a whole are definitely still the worst place for buyers, with a collective MOS of just 4.52. However, even Seattle is trending strongly toward a buyer’s market, as this March saw over twice as many months of supply as last March, which had just 1.85 MOS.

The condo supply and demand situation downtown took a sudden turn in favor of buyers, with MOS shooting from 2.21 in February to 6.02 in March. Again though, I would take the condo statistics with a grain of salt, considering how many new construction condos never make it onto the MLS.

Ten of eleven neighborhoods in south King County remain firmly in buyer’s market territory, with MOS also coming in higher than the county aggregate. The Eastside still doesn’t look too good for sellers, with a collective MOS of 7.38, and 6 of 8 areas coming in with MOS above the county as a whole.

Mercer Island took a sudden turn, as new listings flatlined and a few dozen sales cleared out a bit of the standing inventory, pushing MOS way down from last month’s staggering 13.18 all the way into seller’s market territory at 5.10. Vashon dropped as well, but remained well into buyer’s market territory at 9.44 MOS. Bill Gates’ stomping grounds in Area 520 (Medina, Clyde Hill, W. Bellevue) continues to be one of the toughest places to sell, with 13.76 MOS, it earns the distinction of being the only area to exceed 10 MOS for seven months now.

Here’s the bonus graph, which lets you directly compare each area’s MOS to one year ago’s value. March 2007 is in red, and 2008 is in blue. 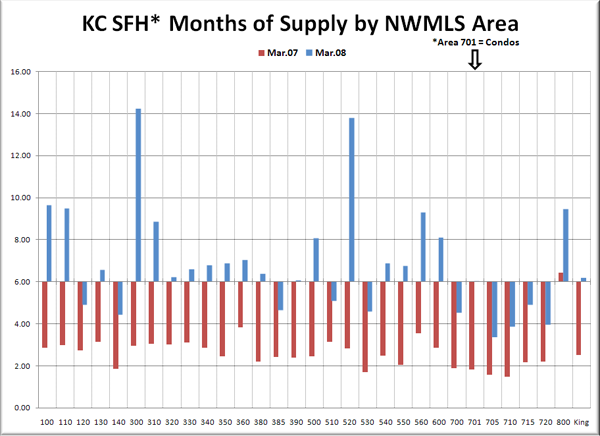 There is still not a single area that isn’t more of a buyer’s market than this time last year. Again, only one area had less than double last year’s MOS, this time it was area 720 (Lake Forest Park, Kenmore), which increased from 2.21 to 3.95.