Winter for Seattle home prices continued in February according to the latest data from the Case-Shiller Home Price Index.

The only people surprised by this data are the real estate agents that really believed it in 2006-2007 when they told people that it was “a great time to buy.” Home prices in Seattle have now declined a total of 6.5% from their July 2007 peak, and have retreated to roughly where they were in July 2006. 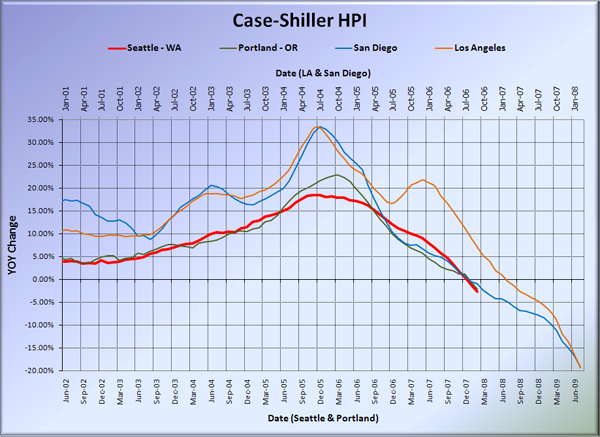 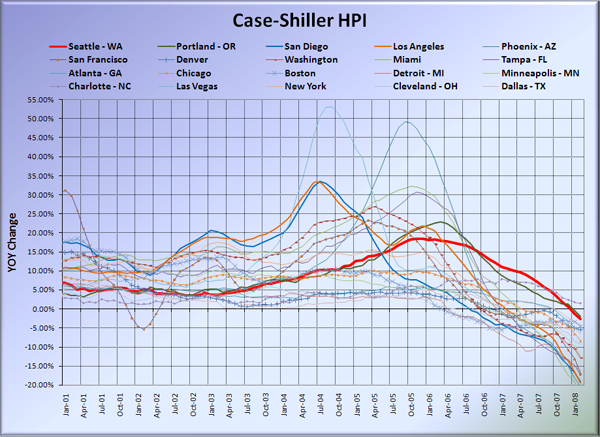 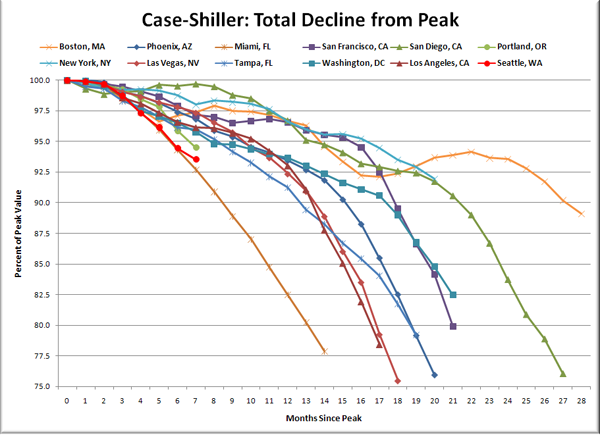 And just to help us visualize the drops better, I’m introducing a new chart this month. In this one, I’ll adjust the horizontal axis to go back just far enough to find the last time that Seattle’s HPI was as low as it is now. This gives us a clean visual of just how far back prices have retreated in terms of months. 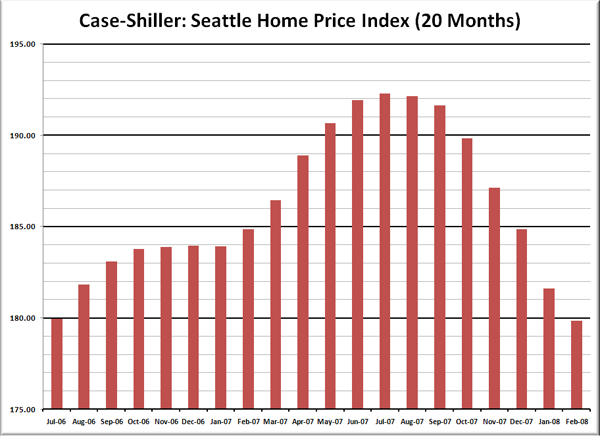 So far, we’ve turned the dial back a total of 19 months, to July 2006. Looking at that another way, in the 7 months since Seattle’s peak prices, 12 months of price gains have been wiped out.

Update: Here are the links to coverage at the Seattle Times and Seattle P-I.