Here’s where the YOY stats stand for each of the six counties as of June 2008: 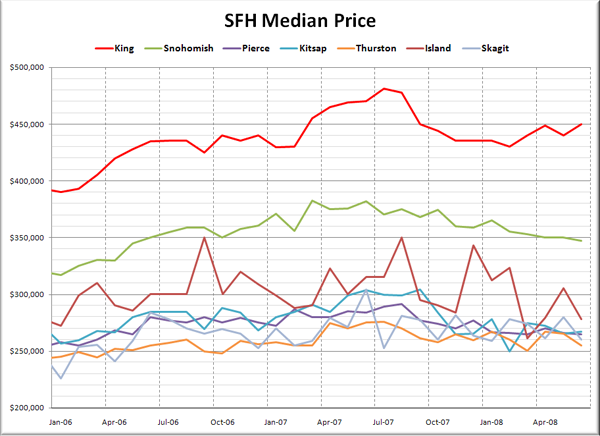 King and Kitsap counties were the only two Puget Sound counties to see a median price bump from May to June. Everyone else declined between $1,000 (Pierce) and $27,000 (Island). Doesn’t look like much of a bottom anywhere just yet.

Despite the supposed strength of the “core” markets of Seattle and Bellevue in King County, so far Thurston County holds the prize for the smallest decline. 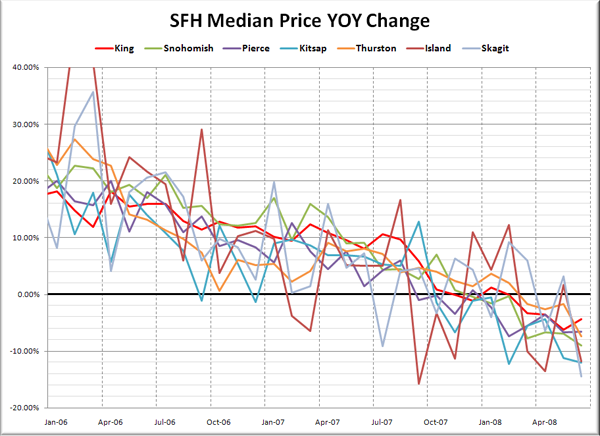 Everybody’s in negative YOY territory, with King seeing the smallest YOY declines at -4.3% and Skagit’s -14.5% pulling up the rear. 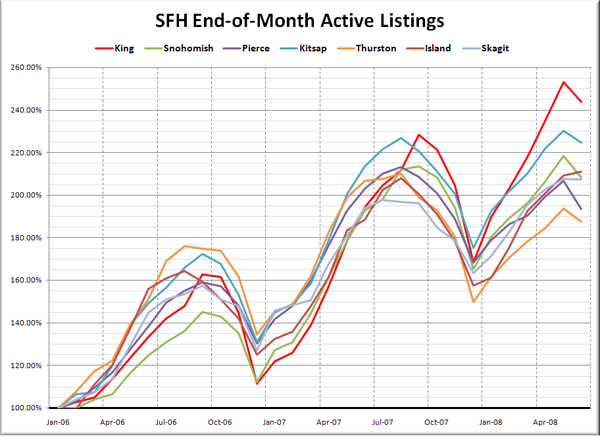 Only Island County saw listings continue to increase in June. In every other county, it would seem that a large number of sellers just giving up and pulling listings off the market caused the total number of listings to drop. 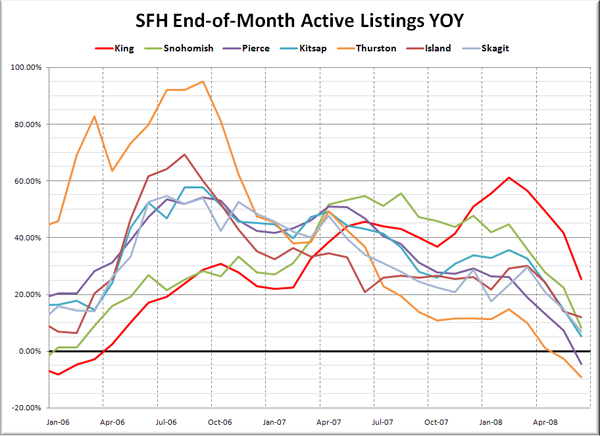 Thurston and Pierce both dipped into negative YOY listings with the big delisting party in June. 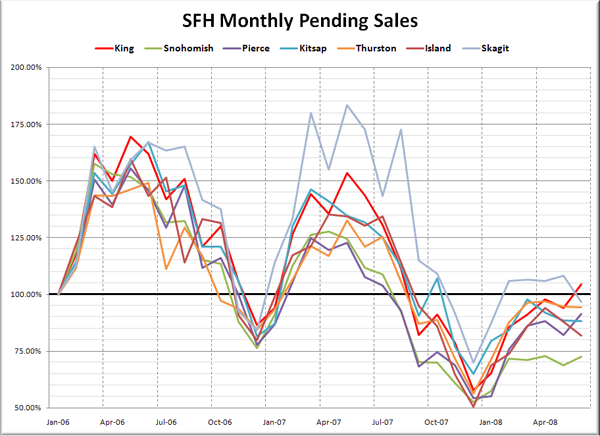 Snohomish County continues to sit in the gutter, while King County finally broke above the January 2006 sales mark. In June. 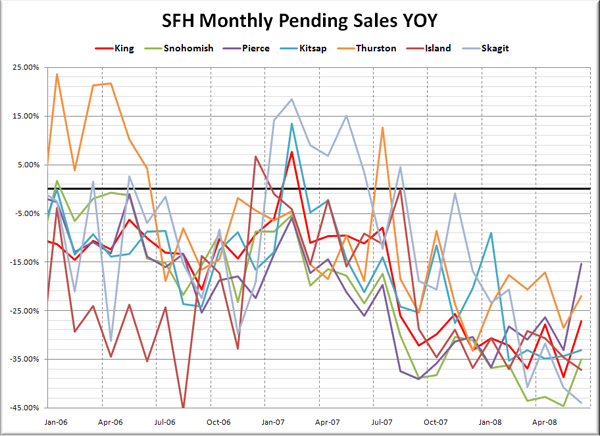 Most counties had a little bump there, but even the best-performing county (Pierce) still had 15% fewer sales in June ’08 than June ’07.

With over 14 months of supply, prices in Island County are being absolutely hammered. Down 21% from the peak? Ouch. Hope none of you bought a second home on Whidbey as an “investment”…