According to the latest data from the Case-Shiller Home Price Index, the home price bust in Seattle is gaining steam again.

Here’s the usual graph, with L.A. & San Diego offset from Seattle & Portland by 17 months. With a drop of “just” 5.8%, Portland’s year-over-year numbers have been out-performing Seattle for seven months now. 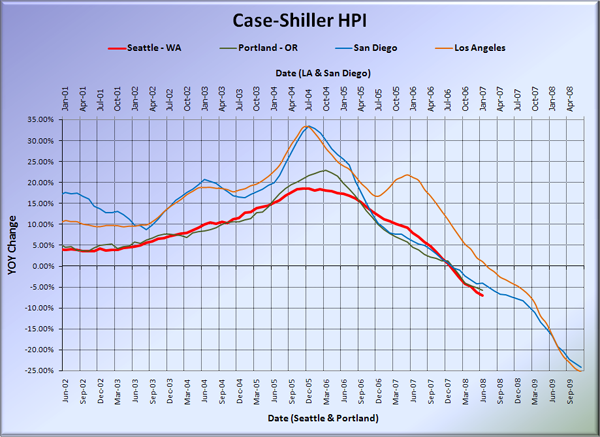 This graph is not intended to be predictive. It’s just an interesting exercise to see how closely the Pacific Northwest is tracking the ground already covered by Southern California. 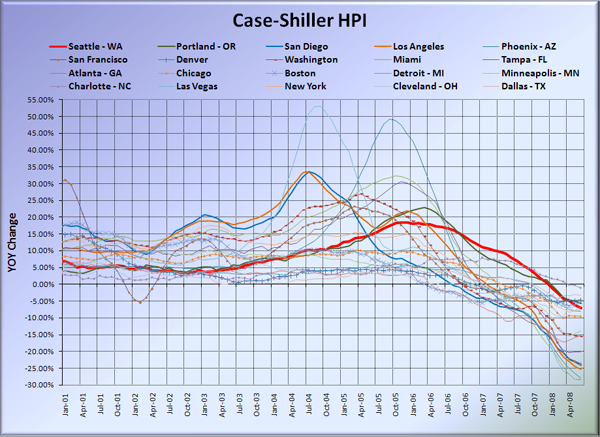 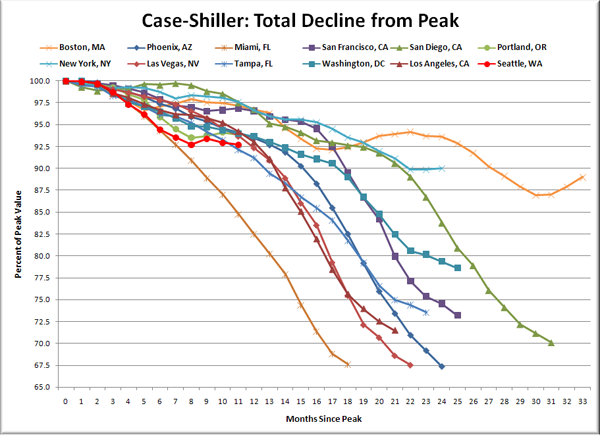 Eleven months off our peak, the drop in Seattle has improved slightly, and is now only worse than ten of the twelve “bubble cities” were at this same amount of time from their respective peaks. Only Miami and Tampa had dropped more than Seattle’s 7.3%. 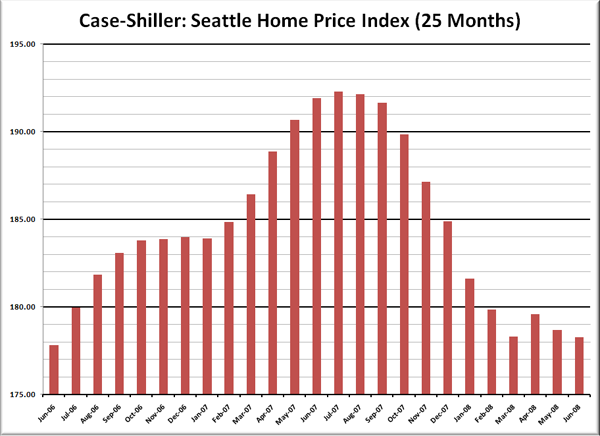 Well, we can definitely say that March wasn’t the bottom. The index for Seattle dropped to a new post-peak low in June at 178.28, just a hair below March’s value of 178.29. Prices have been holding somewhat steady at June 2006 levels for four months now. Will the summer and fall bring a continued drop, or is early summer 2006 as far as Seattle will “rewind”?