NWMLS statistics for August have finally been released.

The NWMLS press release will be posted at this link when it goes up. 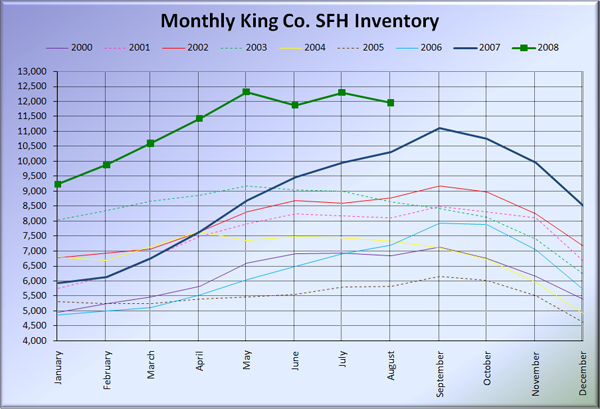 It looks like we may have finally found the plateau for King County SFH inventory right around the 12,000 mark. I suspect we’ll stay above 2007 levels for a few months more, but may fall down close to last year’s inventory in the winter. 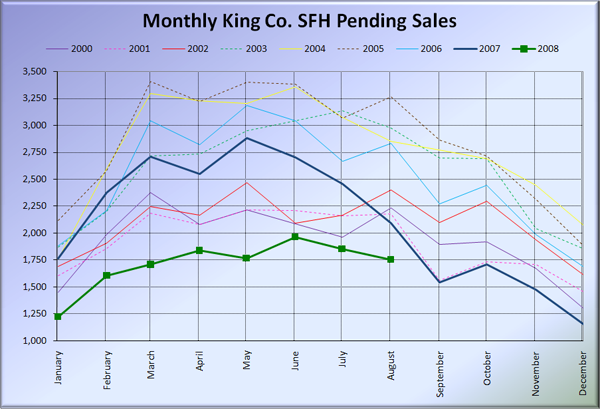 Six of the eight years from 2000 through 2007 saw an increase in sales from July to August. This year sales fell five percent month to month. 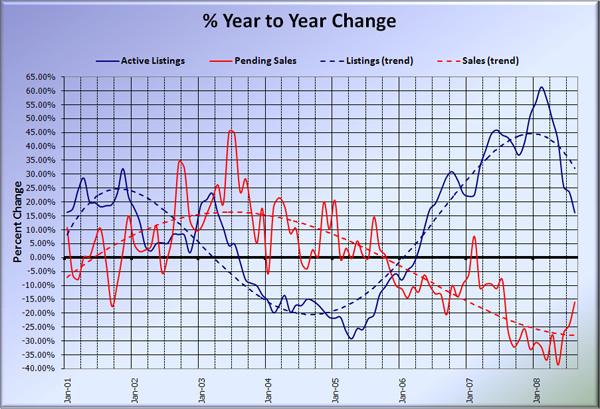 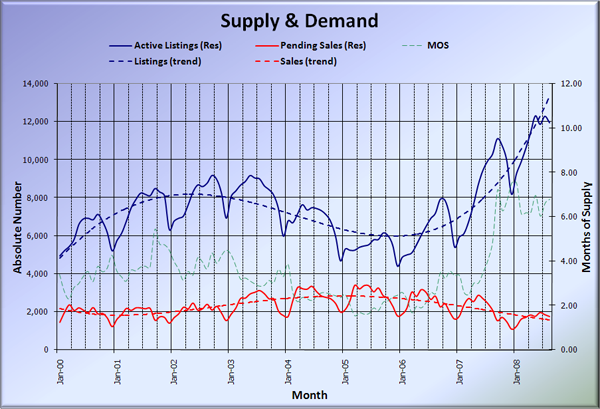 Months of supply climbed again, up to 6.8 in August, marking one full year of “buyer’s market” levels above 6.0. It looks like sales have begun their yearly descent into the slow season. 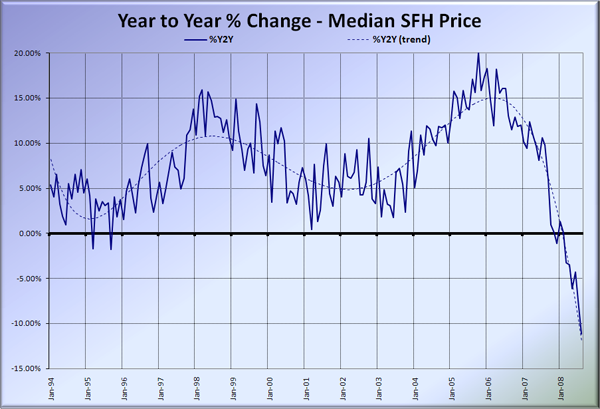 Wow that’s a steep dropoff there at the end. Even I am surprised to see it continue falling this quickly. Note that we are now officially in double-digit negative YOY territory. I had to adjust the vertical axis again to accomodate the large drop.

Here’s a bonus graph, that compares King County SFH prices each month for every year back to 1994. 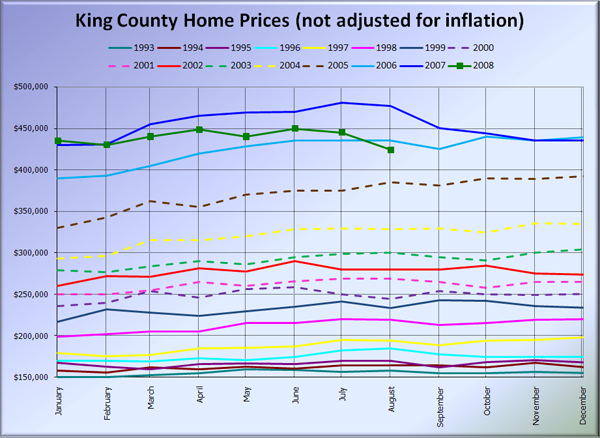 Note that August’s median was below 2006 prices.

News blurbs will be posted here as they appear, with the full reporting roundup to follow tomorrow.