In the graphs below, you’re looking at the MOS for the “Res Only” data from the NWMLS King County Breakout pdfs for the one-year period of September 2007 through August 2008. The bar graph is centered vertically on 6.0 MOS, so that it is easier to visually tell the difference between a seller’s and buyer’s market (i.e. – shorter bars mean a more balanced market). Each graph again has the same scale on the vertical axis and has the King County aggregate figure plotted in red on the far right, so they can be easily compared. 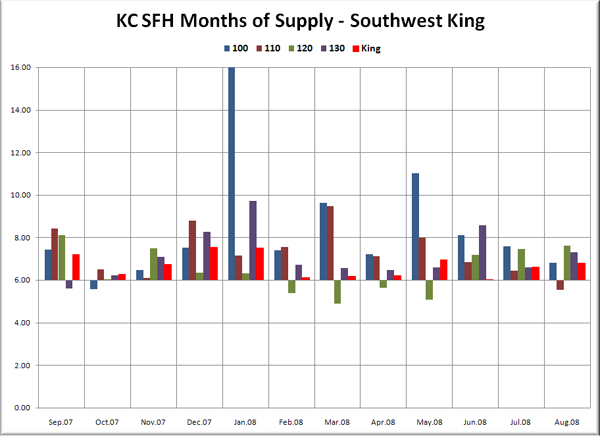 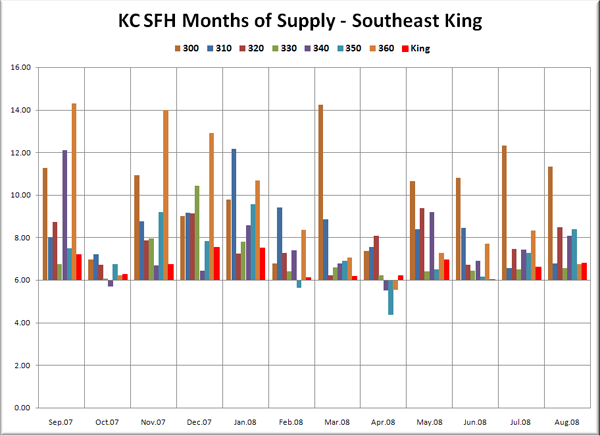 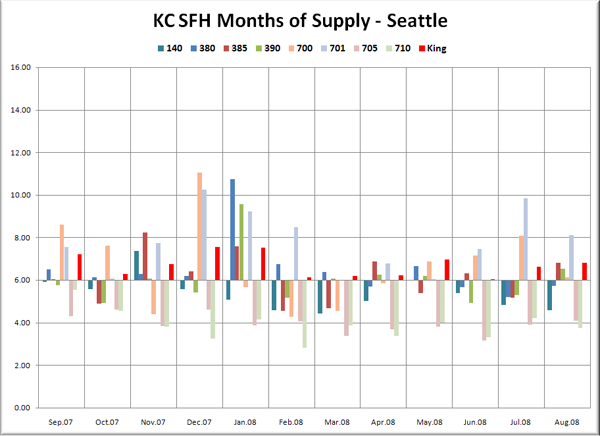 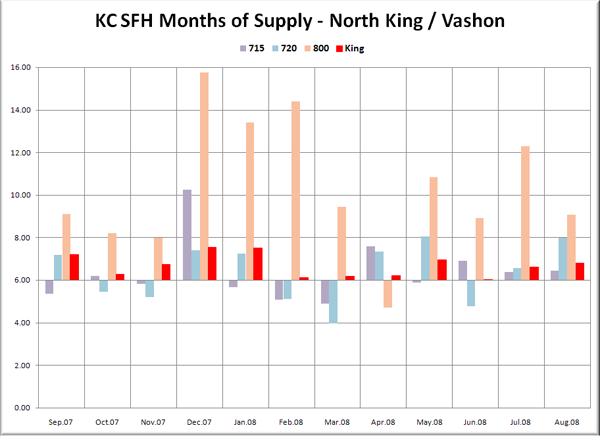 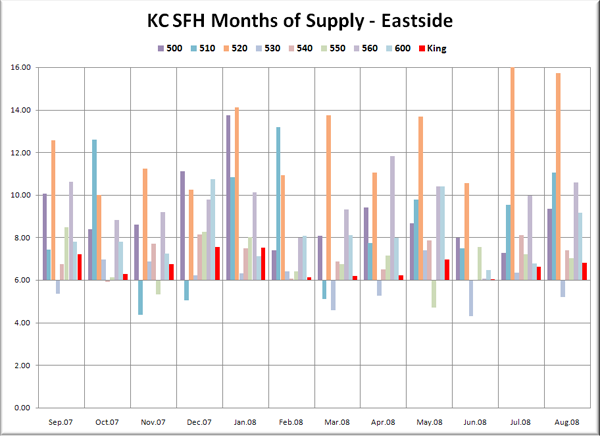 Here’s the bonus graph, which lets you directly compare each area’s MOS to its value one year ago. August 2007 is in red, and 2008 is in blue. 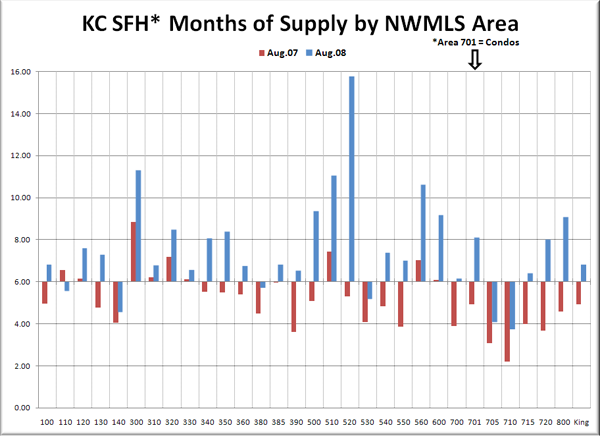 Yet again, even the neighborhoods that remain in “seller’s market” territory were trending more toward a buyer’s market than last year.  The single exception is area Dash Point / Federal Way (110), where MOS went from 6.5 last year to 5.6 this year.

North Seattle neighborhoods continue to hold their title as the strongest markets in which to sell a home. The three best markets for sellers as of last month were the same as last month: North Seattle (710) at 3.74, Ballard/Greenlake/Greenwood (705) at 4.09, and West Seattle (140) at 4.57.