According to the latest data from the Case-Shiller Home Price Index, the home price bust in Seattle is gaining steam again. 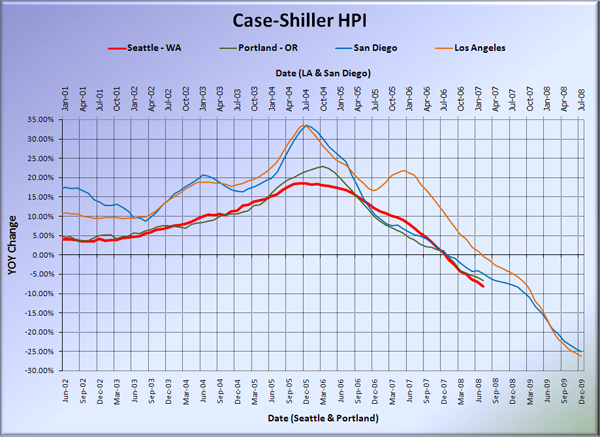 This graph is not intended to be predictive. It is for entertainment purposes only. 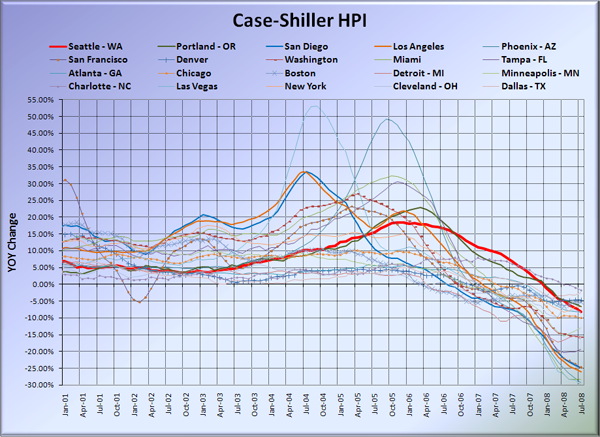 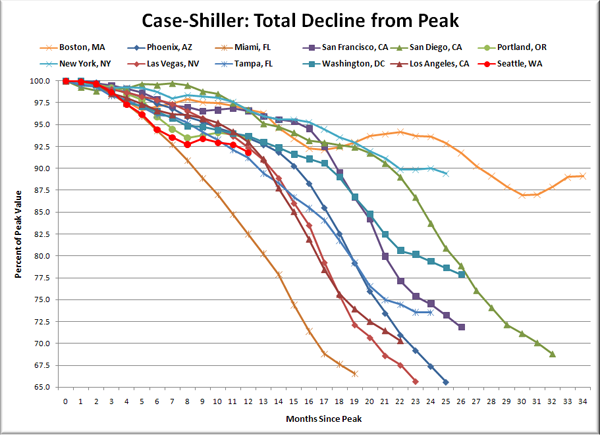 It has now been exactly one year since Seattle’s Case-Shiller index peaked, and prices have declined a total of just over 8%. One year after peaking, only two other cities had declined more than Seattle has: Tampa & Miami, at 8.8% and 17.5%, respectively. 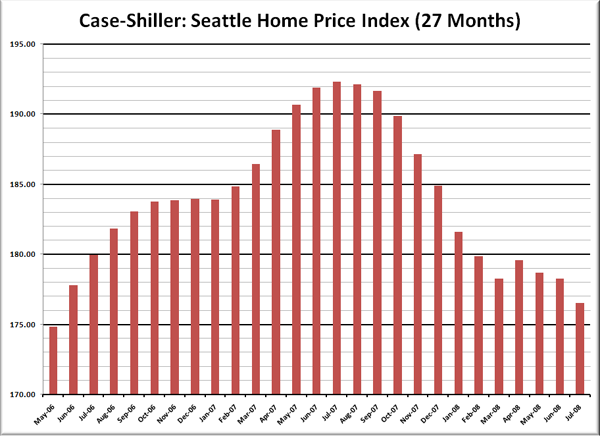 Seattle’s Case-Shiller value for July 2008 was halfway between its May and June 2006 values. So far we are “rewound” twenty-five and a half months. The June to July drop puts Seattle at yet another new post-peak low, nearly two points lower than June.