In the graphs below, you’re looking at the MOS for the “Res Only” data from the NWMLS King County Breakout pdfs for the one-year period of October 2007 through September 2008. The bar graph is centered vertically on 6.0 MOS, so that it is easier to visually tell the difference between a seller’s and buyer’s market (i.e. – shorter bars mean a more balanced market). Each graph again has the same scale on the vertical axis and has the King County aggregate figure plotted in red on the far right, so they can be easily compared.

Note that there are a few areas that appear to have no bar at all for a given month—this represents an MOS value at or close to 6.0. 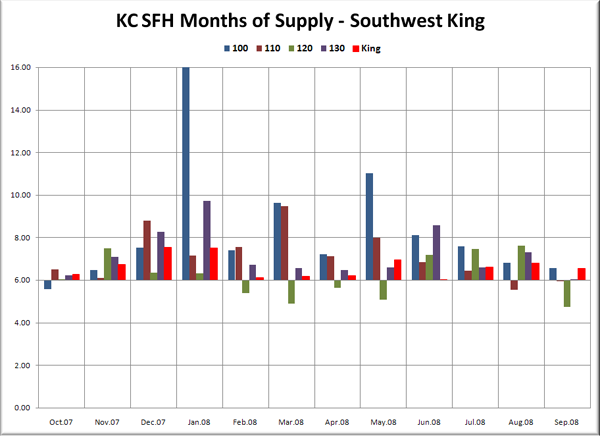 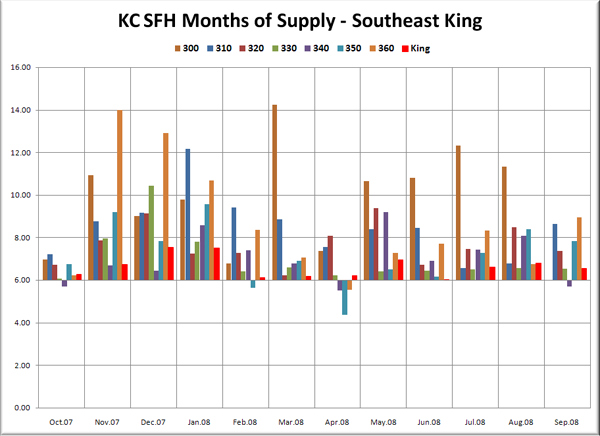 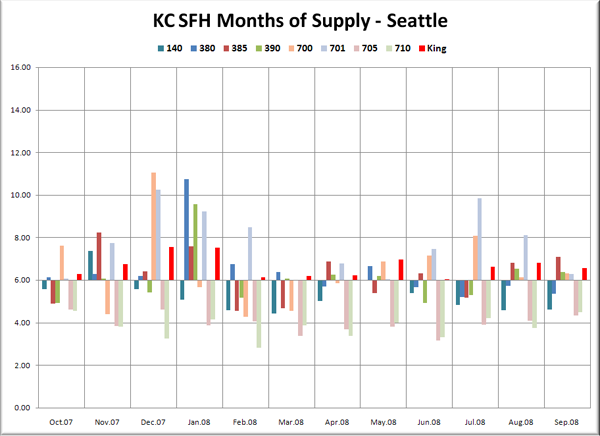 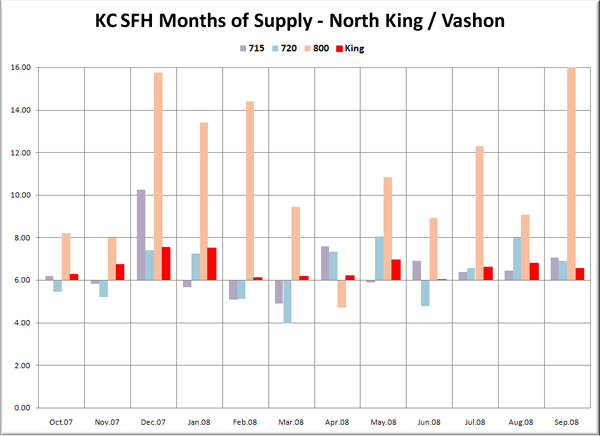 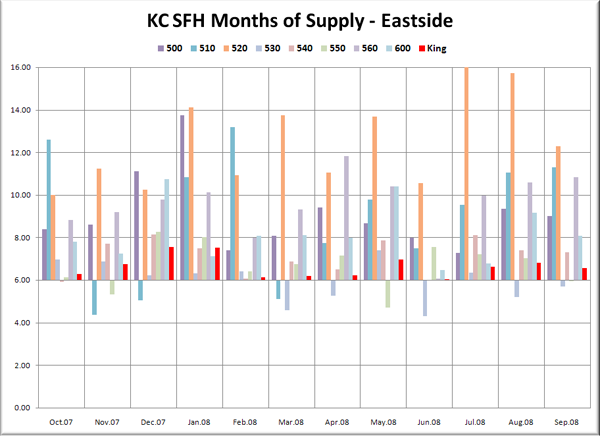 Ten of thirty King County areas were in seller’s market territory in September, ranging from 4.35 MOS in 705 (Ballard, Greenlake, Greenwood) to 5.96 MOS in 300 (Enumclaw). The city of Seattle continued to be the strongest region overall, with four of eight areas coming in below 6 MOS.

Here’s the bonus graph, which lets you directly compare each area’s MOS to its value one year ago. September 2007 is in red, and 2008 is in blue. 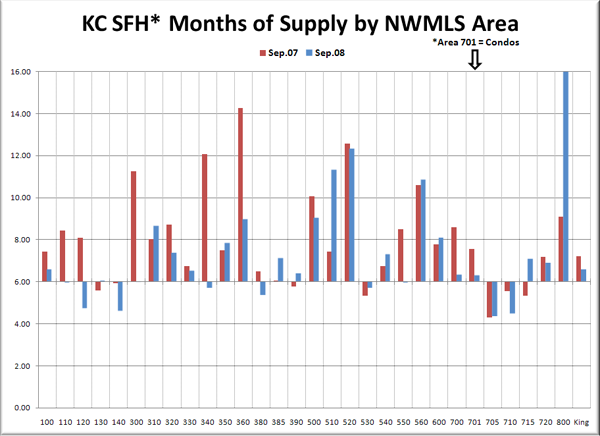 Breaking from the recent pattern, seventeen of thirty neighborhoods actually trended more toward a seller’s market than a year ago. Some of these are still in buyer’s market territory, but six areas swung from a buyer’s market in September 2007 to a seller’s market in September 2008. This was likely due largely to the spike in pending sales that we mentioned in the main NWMLS roundup. The most dramatic of these swings was in area 340 (Renton–Benson Hill), which went from 14.3 MOS last year to 5.7 this year.

North Seattle neighborhoods continue to hold their title as the strongest markets in which to sell a home. The three best markets for sellers as of last month were the same as the last two months: Ballard/Greenlake/Greenwood (705) at 4.35, North Seattle (710) at 4.48, and West Seattle (140) at 4.61.