Since the stock market is all over the news again today, I thought it would be interesting to look at some past stock crashes and see how the current one compares.

In the chart below I have graphed the crashes of 1929, 1973, 1987, and 2001 alongside the current fall, with the peak points aligned near the left. Each crash is scaled on the y-axis to show the percent of the peak Dow Jones price. 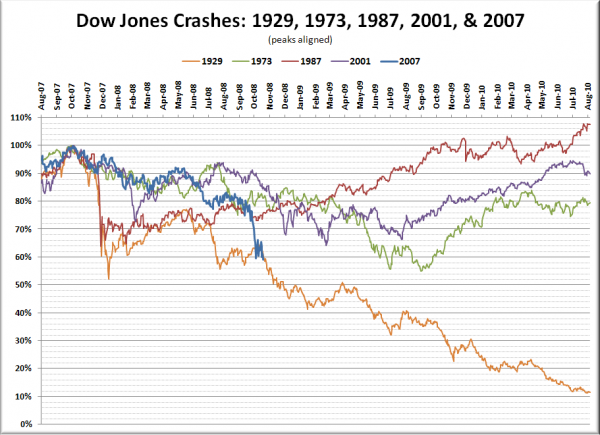