Time for October market statistics from the NWMLS.

Here’s a snippet from the NWMLS press release: Housing Activity in Western Washington during October Described as "Disappointing, but Not Unexpected"

Housing activity for Northwest Multiple Listing Service members was disappointing last month, but not surprising, according to one industry executive. He and other representatives of the Northwest’s largest MLS believe the situation is improving.

There was one particularly interesting snippet that’s outside of the usual data I include in this monthly post. Despite last month’s significant bump in pending sales (up 15% YOY), closed sales this month failed to experience a year-over-year spike, and were instead down 20% YOY. Interesting, to say the least. I’ll have more on the relationship between pending and closed sales in a later post. 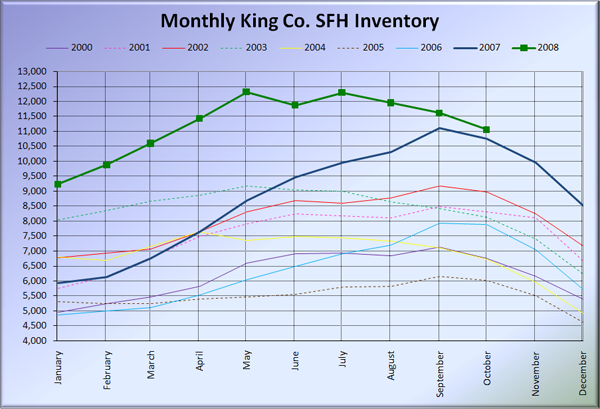 As usual, inventory declined somewhat from September to October, but still held steady at slightly above last year’s record high levels. Since inventory is highly unlikely to rise through the end of the year, I think we can conclusively answer the April poll question about peak 2008 inventory now. The end-of-month high point this year was 12,310 in May’s report, while intra-month highs reached into the 13,000s, according to the most reliable source in the Seattle Bubble inventory tracker. So the prize goes to the 14% of you that voted 13,000-14,999, the lowest option on the poll. 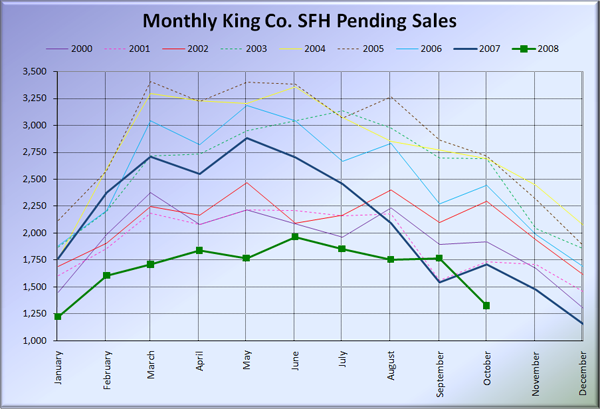 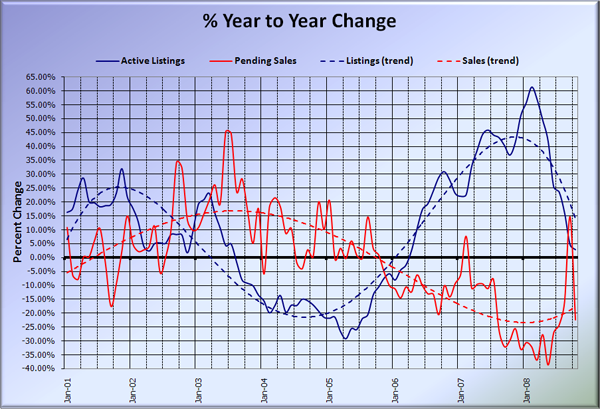 After last month’s pending sales YOY enormous spike up, this month’s spike down was even more extreme, dropping from +15% to -22%. Yowza. 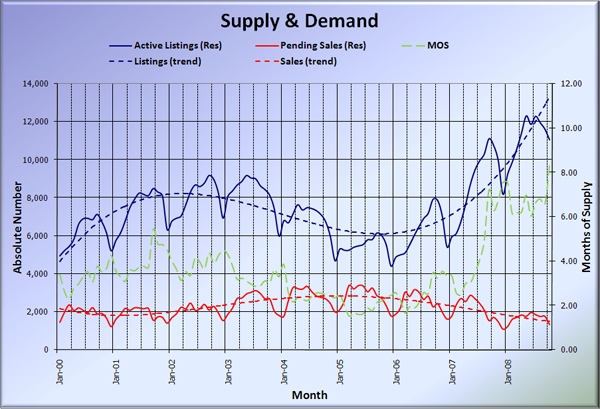 Apparently last month wasn’t the floor for King County SFH sales after all. An interesting thing to note on this graph is the Months of Supply (MOS), which broke over 8 county-wide for the first time ever in the data I have available to me. Even the sketchy data I have located back through the early 1990s puts the highest MOS in the past at around 7. 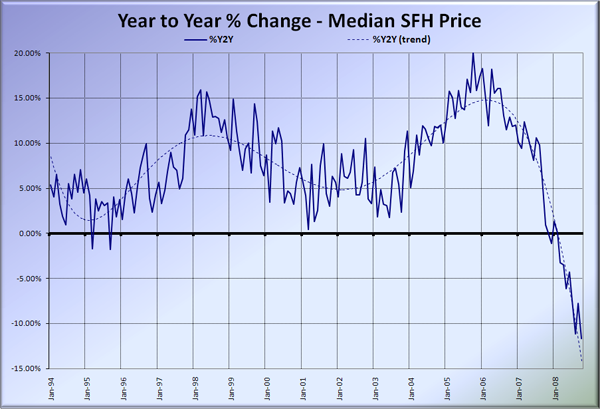 And lastly, here is my new favorite chart, comparing King County SFH prices each month for every year back to 1994. 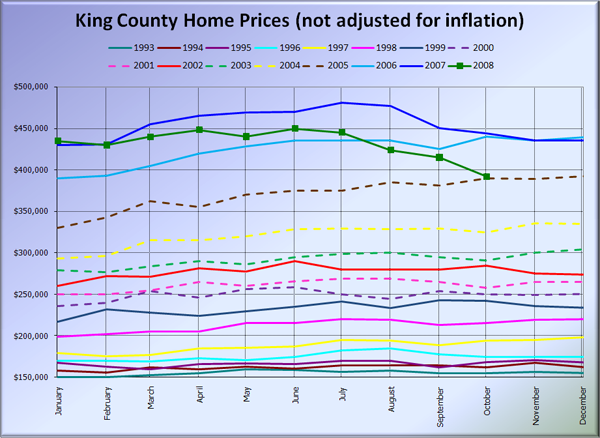 Wow, such originality. Apparently big round numbers make good headlines. I imagine one of them will change their headline for the full story tomorrow.