Is it time for November NWMLS market statistics already? Yes, it is.

“Real estate microclimates can behave very differently,” according to one industry leader in commenting on the latest report from Northwest Multiple Listing Service. On first glimpse, the statistics for much of Western Washington indicate a market slowdown persists, but a closer look illustrates the “microclimate” theory…

Like last month, the biggest news isn’t part of the usual set of statistics we summarize here. What immediately jumped out to me was Closed Sales, which were down a whopping 43% YOY, coming in at just 869 SFH sales county-wide.

For comparison, that is lower than any month on record (post-2000). Before the market around here started to deteriorate late last year, the fewest closed sales in any month was 1,235 in February 2001. Last month’s number was 30% lower than that. 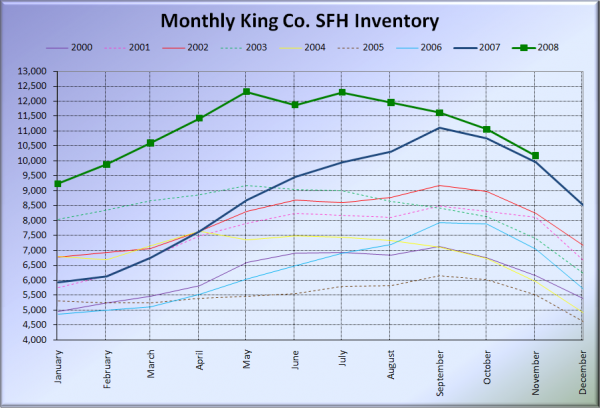 Inventory is still holding levels just barely above last year’s record highs, declining at an almost identical rate, in the standard manner for this time of year. No surprise there. 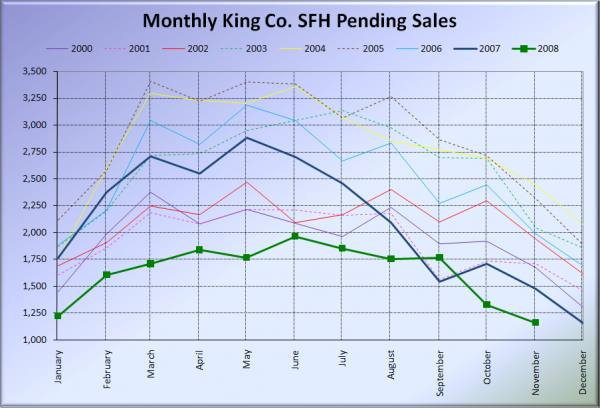 The huge dive (25% in a single month) we saw from September to October translated into an even bigger drop in closed sales, which plummetted over 34% from October to November. Ouch. 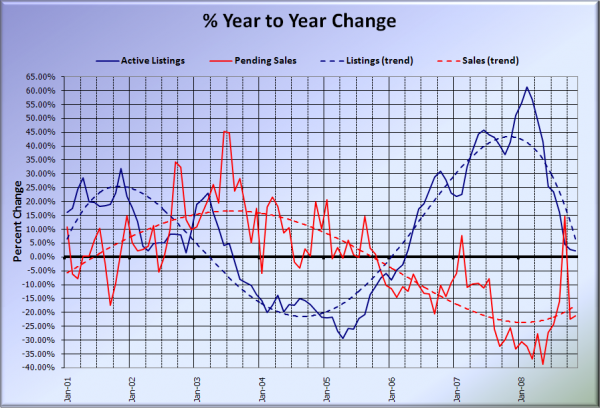 Looks like it’s back to the usual negative twentysomethings for the year-over-year sales stats. 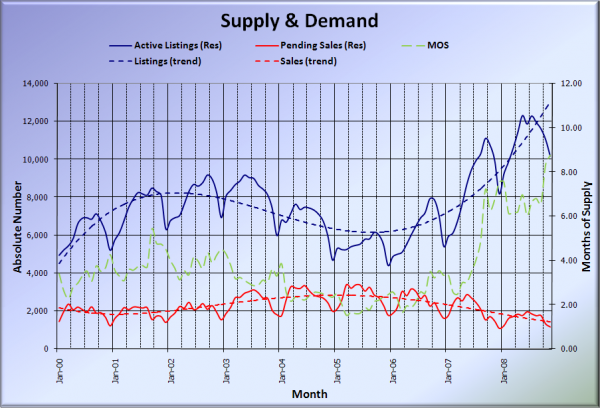 Note that Months of Supply shot even higher, reaching yet another all-time-high of 8.75. Maybe next week’s poll question should be something about the maximum MOS we’ll see in King County SFH. 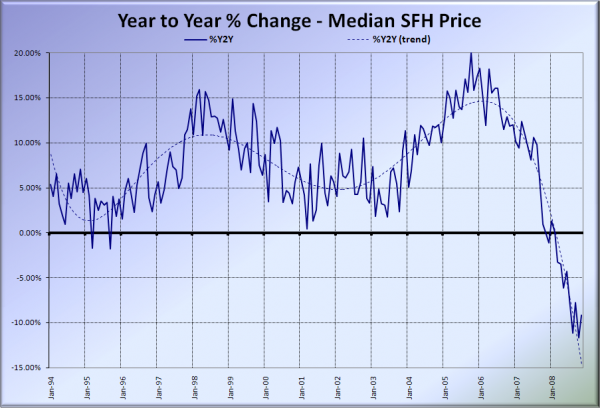 With a record-low number of closed sales making up the sample set for this statistic, it is not surprising to see the data getting somewhat more noisy. 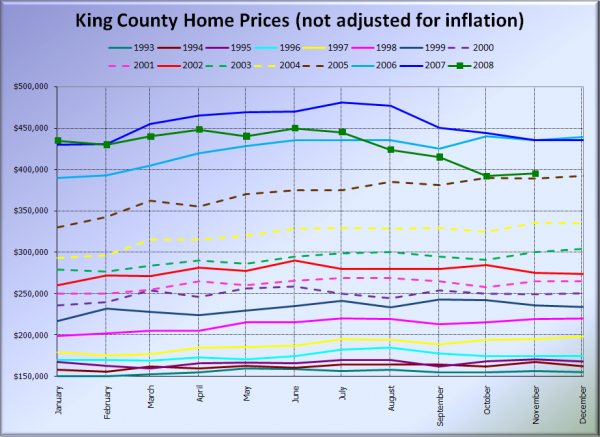 I notice that neither of the articles makes any mention of the astounding plummet in closed sales. Shocking.