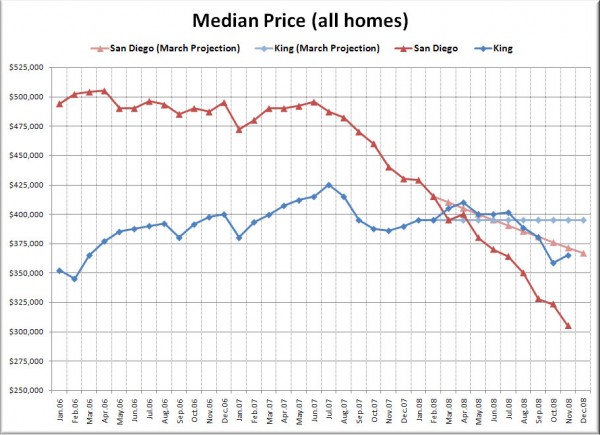 It looks like our media-based assumptions were too generous for both King and San Diego. In reality San Diego prices have fallen a mind-blowing 27% over the last nine months, while here in King they have dropped 8%. Of course, this means that San Diego County (at $305,000) is currently priced at an even larger discount than the original prediction, with the overall median coming in 16% lower than King County (at $365,000).

It will definitely be interesting to see how long this discount holds. Will homes continue to sell at fire-sale prices in SoCal, while only dropping slightly in the Northwest? Time will tell.