First up is the straight graph of the index from January 2000 through November 2008. 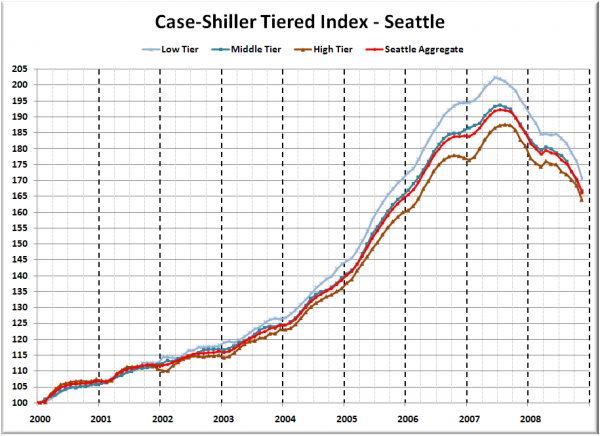 Price declines were sharper in November in all three tiers, with the low tier taking the largest hit—3.1% in a month. The low and middle tiers have now rewound to December 2005, and the high tier to February 2006.

Here’s a chart of the year-over-year change in the index from January 2003 through November 2008. 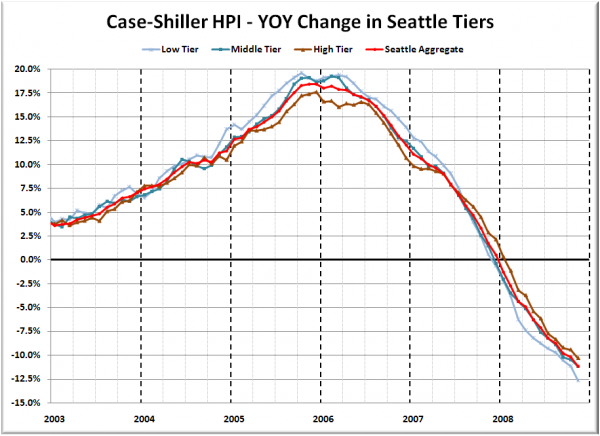 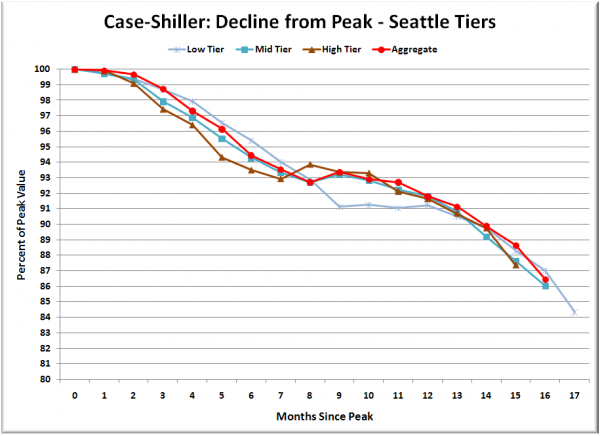 All three tiers continue to drop at roughly the same rate from their respective peaks.