Time for our March update on Foreclosure activity in King, Snohomish, and Pierce counties. First up, the Notice of Trustee Sale summary:

Here’s a simple look at how March’s foreclosures compare to the same month last year in each of the three counties: 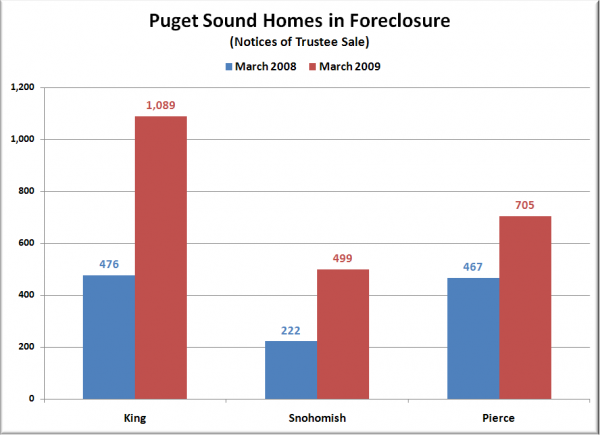 Note that we are tracking notices of trustee’s sale, which does not indicate the completion of actual foreclosures, but is rather a measure of the number of homes that have reached a certain point in the foreclosure process. See the bottom of this post for more details. 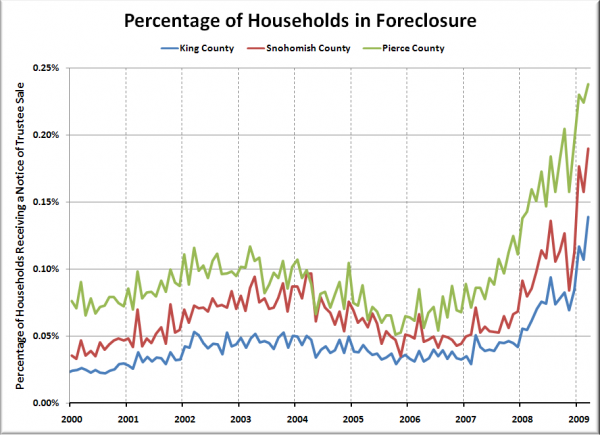 King County came in at 1 NTS per 719 households, Snohomish County had 1 NTS per 525 households, and Pierce had 1 NTS for every 420 households. March set new all-time highs for all three counties.

According to foreclosure tracking company RealtyTrac, Washington’s statewide foreclosure rate of one foreclosure for every 1,483 households was 18th worst among the 50 states and the District of Columbia, and only slightly better than the national average of 1,003. Theoretically this page will be updated later today with RealtyTrac’s county-by-county data for Washington.

Following are charts of King, Pierce, and Snohomish County foreclosures from January 2000 through March 2009, with uniform y-axis scales to provide easier comparison. Click below to continue… 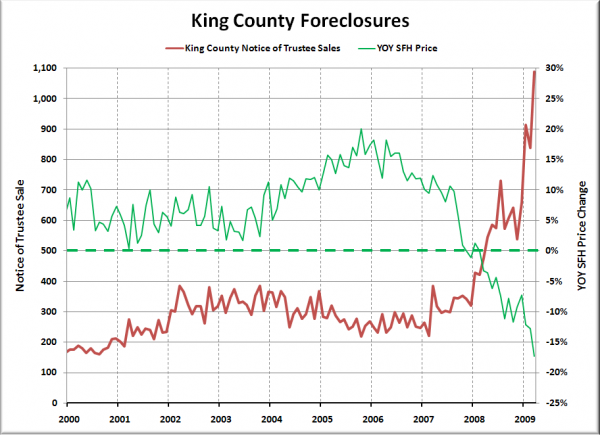 Homes in foreclosures shot back up to new highs in King County in March, coinciding with a new record in YOY median price drops. 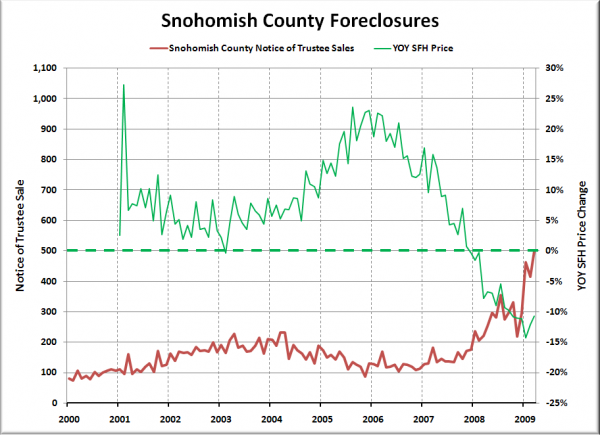 Same story in Snohomish County, except that the median price change actually ticked up slightly again while the foreclosure notices increased. 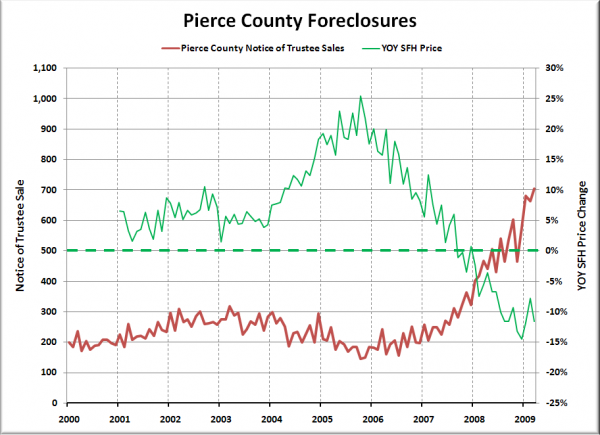 Lastly, here’s an update of the longer-term chart for King County foreclosures, going back through 1979, to provide some perspective to the latest data: 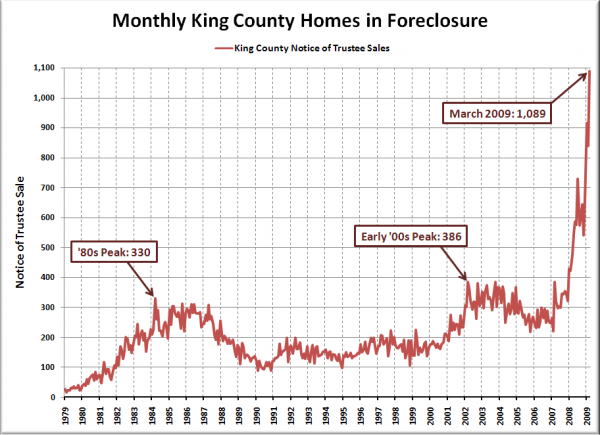 Note: The graphs above are derived from monthly Notice of Trustee Sale counts gathered at King, Snohomish, and Pierce County records. For a longer-term picture of King County foreclosures back to 1979, refer to this post.