Here’s your King County SFH summary, with helpful arrows to show whether the direction of each indicator is positive or negative news for buyers and sellers:

Note that due to the change in definitions, year-over-year comparisons of pending sales, active listings, and months of supply will not be valid until July data. 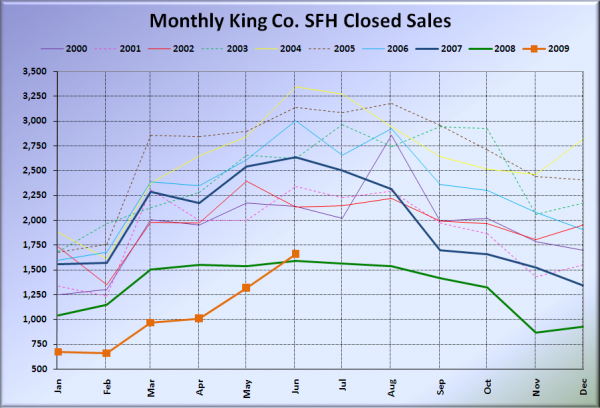 Looks like my prediction that sales would “eventually flatten out and maybe even show YOY gains” in 2009 turned out to be correct after all. Apparently absurdly low interest rates combined with the $8,000 tax credit were enough incentive to draw out a decent spring rush of knife-catchers. 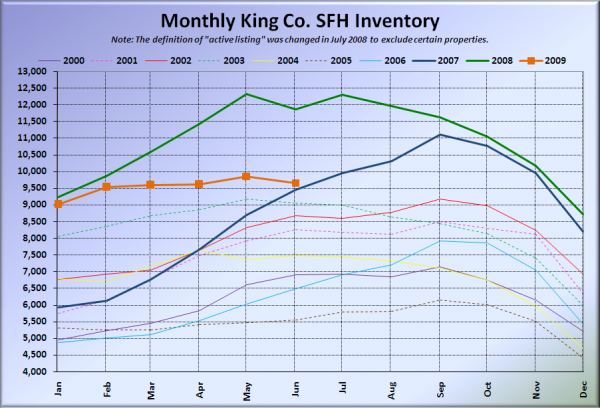 Note that the current data is still not comparable with pre-July 2008 data. 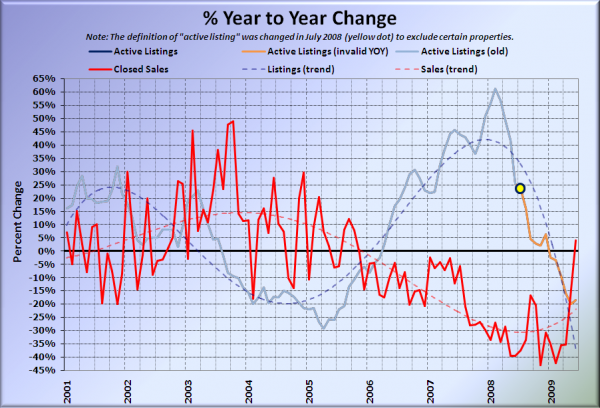 That’s quite the sharp bump up there in June. Of course, sales closing in June are (mostly) all the result of deals that were agreed upon in the prime spring months of April and May. With interest rates back over 5% and the deadline for school district-related moves passed, will the sales spike be sustained, or merely a springtime flash in the pan? 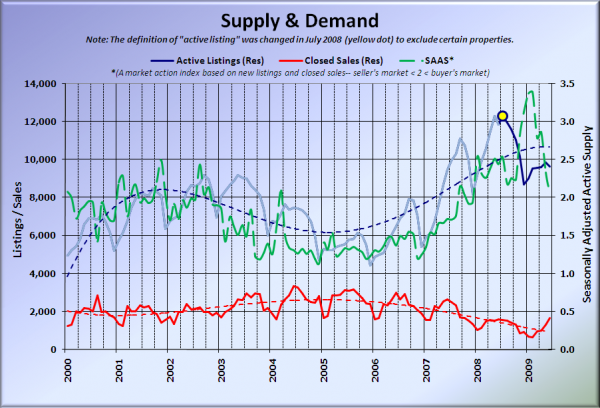 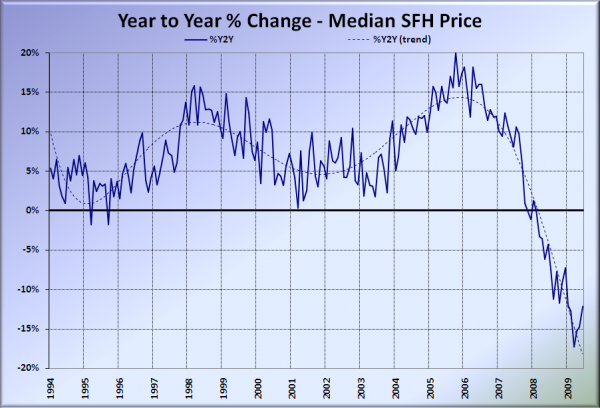 I have no doubt that the $20k one-month bump in the median price will be the primary focus of most mainstream media reports about this data. Surprisingly, even with that large of a spike in the always-noisy median statistic, year-over-year price declines are still in double-digit territory. FYI, in order to get a better picture of what might be going on with the apparent price spike, I’ll be working on a couple of additional price measures in the coming week or two. 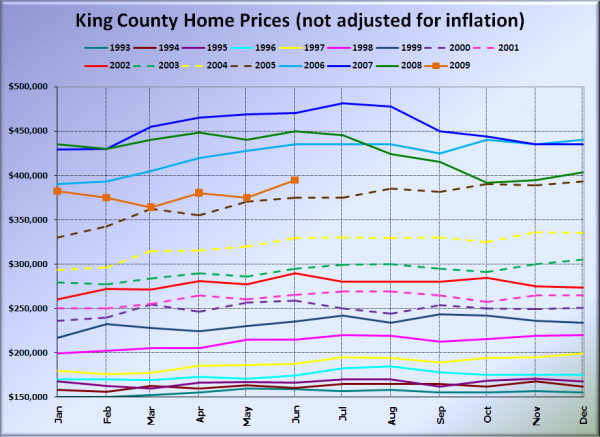 That little bump put us back into 2006 territory. (Warning: Sarcasm Ahead) Oh no, anyone who didn’t buy in March has missed the bottom and will surely be price out forever!

I’ll update this post with news blurbs from the Times and P-I when they become available. As usual, check back tomorrow for the full reporting roundup.