Let’s take a look at July market statistics from the NWMLS. The NWMLS press release has not been posted yet, but should be available here later today.

Here’s your King County SFH summary, with helpful arrows to show whether the year-over-year direction of each indicator is positive or negative news for buyers and sellers:

Closed sales increased slightly over June, falling just shy of the 1,750 breakpoint in our May poll. My guess was that closed sales this year would top out between 1,750 and 2000. That may have been a little too optimistic. 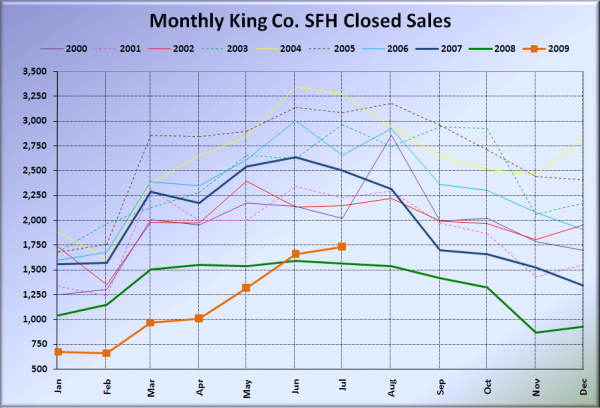 Still haven’t broken that 2,000 mark though, despite four months in a row of pending sales in excess of 2,000. 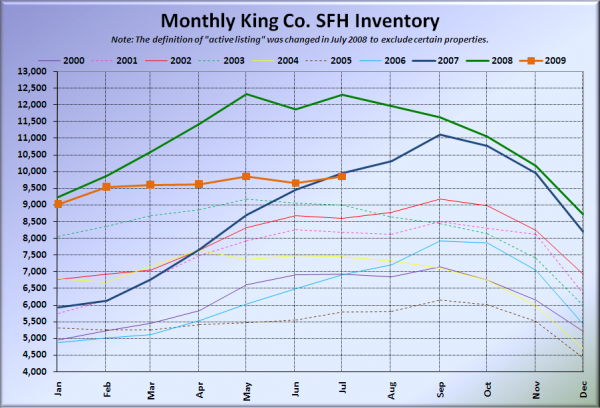 July came at about the same level as 2007. I wouldn’t be surprised to see some more inventory growth this year between now and September, but we probably won’t hit the 11,000 mark again. 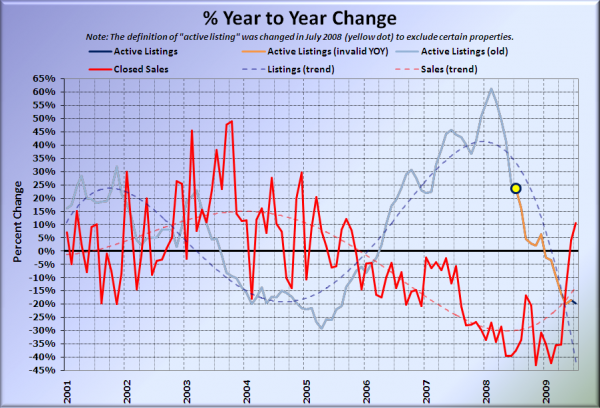 Another slight YOY increase for sales in July. Looks like the tax credit and the increased time that it is taking for deals to actually close have managed to stretch this year’s buying season out a little longer than usual. 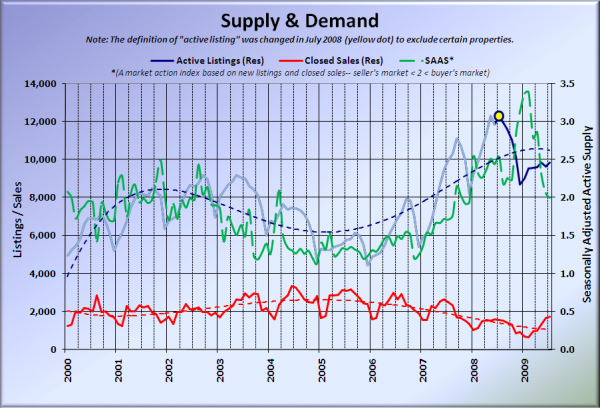 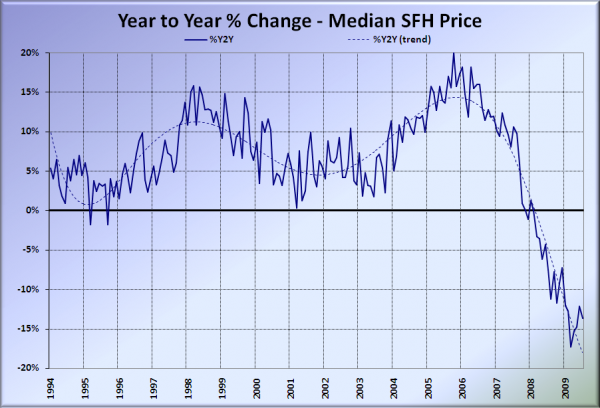 No big surprise there. The median price measure is notoriously noisy, and it continues to oscillate up and down. 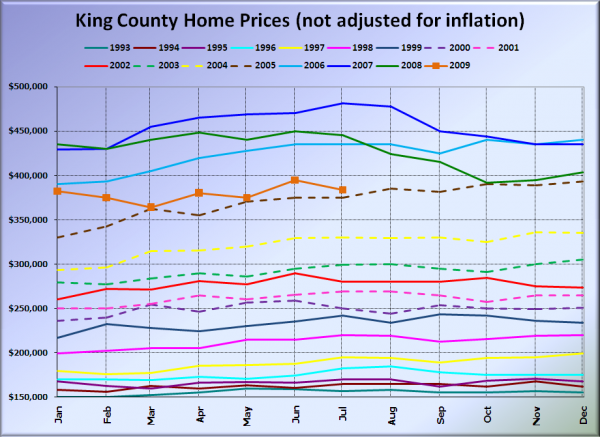 I’ll update this post with news blurbs from the Times and P-I when they become available. As usual, check back tomorrow for the full reporting roundup.