Last year prices fell 0.2% from May to June (not seasonally adjusted) and year-over-year prices were down 7.1%. 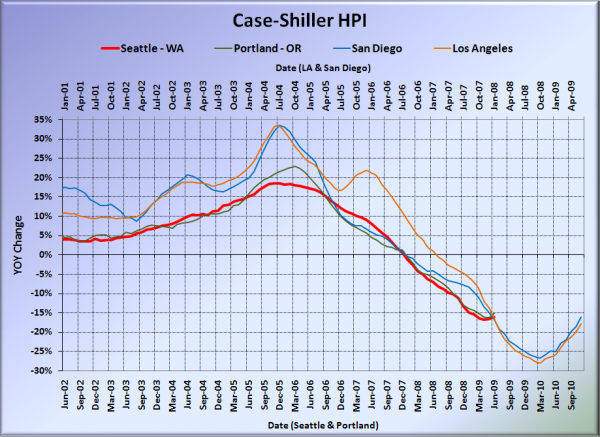 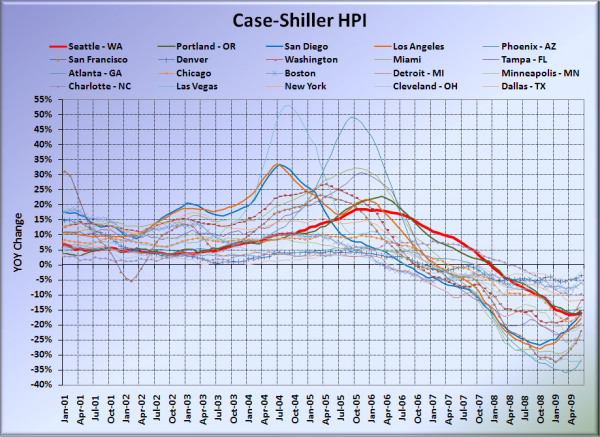 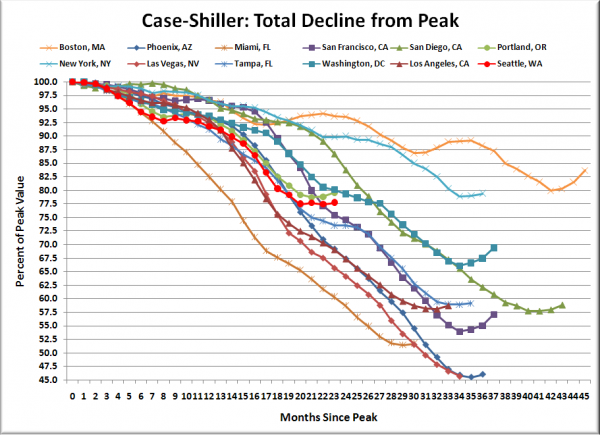 In the twenty-two months since the price peak in Seattle prices have declined 22.2%. Still looks like more or less a flatline since March, putting Seattle slightly above San Francisco’s line, but slightly below Washington, DC. 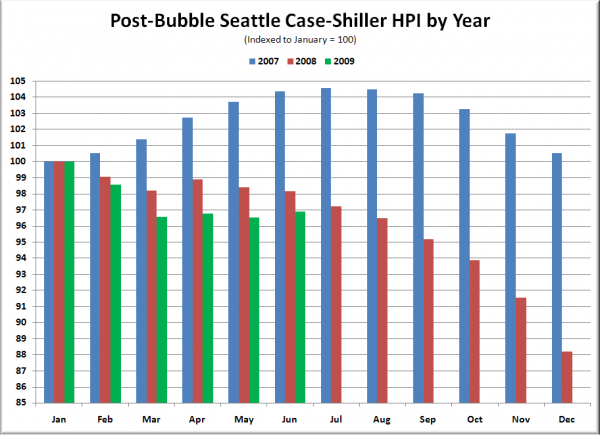 Still tracking below 2008 compared to January, but performing slightly better than 2008 from March to June.

Here’s one more chart, for the folks that think that Case-Shiller is useless because it is somehow equivilent to the NWMLS data, but on a 2-month delay. The following chart shows 2009 home prices, indexed to January = 100, as reported by the NWMLS and by Case-Shiller. 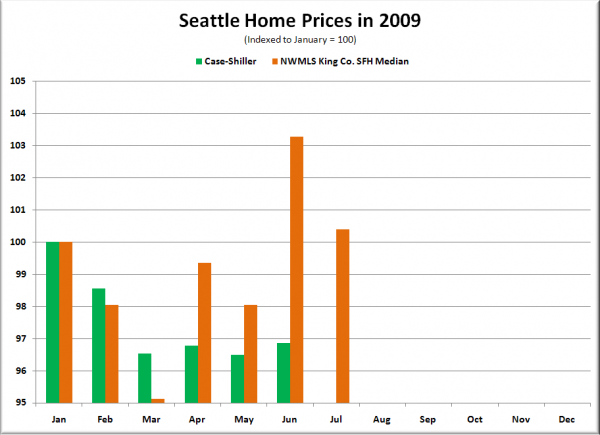 The dramatic swing in the NWMLS data from down nearly 5% in March to up over 3% in June that had some people shouting about a bottom in home prices is non-existent in the Case-Shiller data. NWMLS March to June: +8.6% ($31,150). Case-Shiller March to June: +0.3%. This stark difference can most likely be attributed to a shifting geographic and sale tier mix, and is an excellent example of why the Case-Shiller data provides us a better picture of what’s really going on with home prices in the last few months.