Now that October is behind us, let’s have a look at the monthly stats preview. Most of the charts below are based on broad county-wide data that is available through a simple search of King County Records. If you have additional stats you’d like to see in the “preview,” drop a line in the comments and I’ll see what I can do.

Here’s your preview of October’s foreclosure and home sale stats: 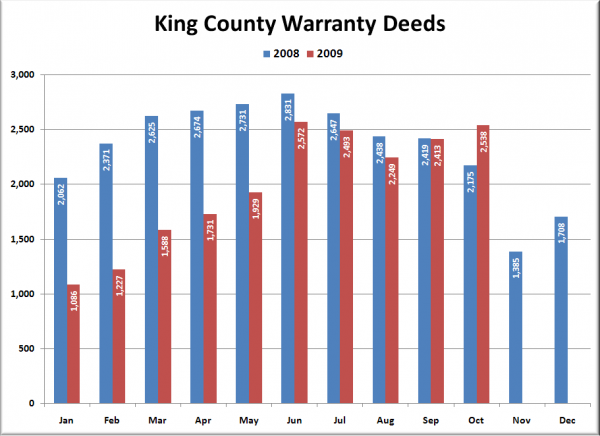 County sales as measured by warranty deeds were up significantly (16.7%) from last year in October, and marked another month-to-month increase (5.2%). This is no surprise, since as I mentioned last month, the impending expiration of the $8,000 mortgage subsidy is definitely having an effect on the people who have been duped into thinking we have already hit bottom. 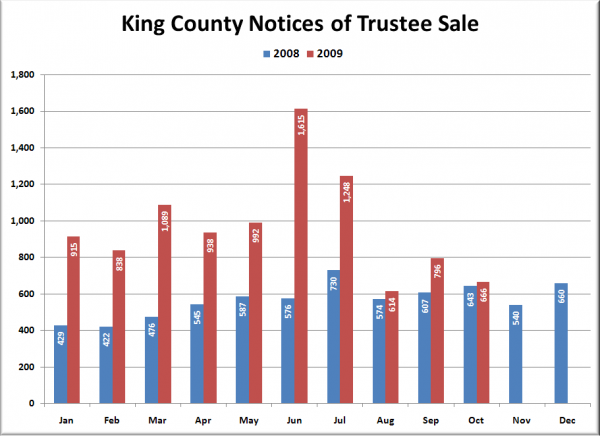 Foreclosure notices actually declined from September, which could signal either an easing in the foreclosure “crisis” or possibly just a continued lag as the pipeline from SB 5810 continues to fill. We probably won’t really know for sure which one it is until sometime next year. 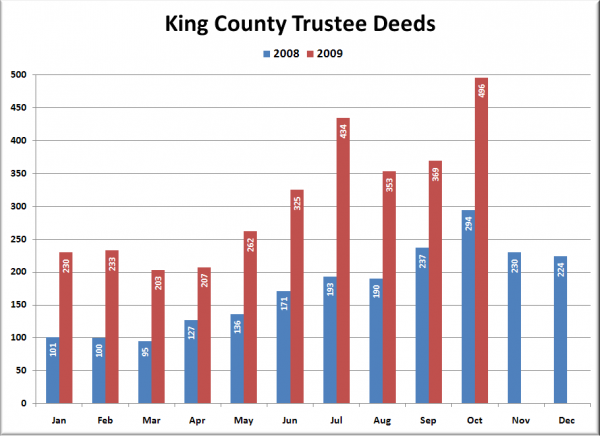 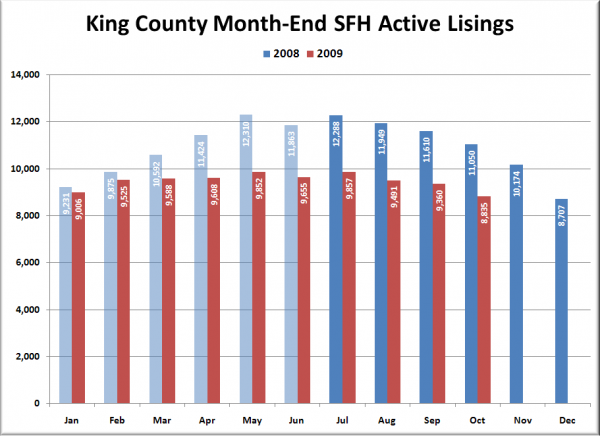 Looks like listings will be down around 13% year-over-year, and 6% month-to-month.