What better way to kick off Thanksgiving weekend than with the latest data from the Case-Shiller Home Price Index? According to September data,

Last year prices fell 1.4% from August to September (not seasonally adjusted) and year-over-year prices were down 9.8%.

Unfortunately it would appear that S&P has put an unpaid intern on website duty, because in addition to misspelling Robert Shiller’s name in the title of the page, it is not being updated in a timely fashion with the latest spreadsheets, so I don’t have the seasonally-adjusted data yet. I will update this post when it is available.

Update: Looks like they got things sorted out (except for the misspelling). Here’s the seasonally-adjusted month-over-month chart: 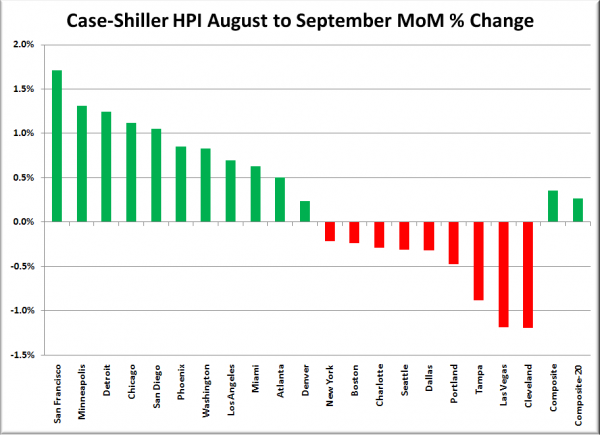 Here’s our offset graph, with L.A. & San Diego time-shifted from Seattle & Portland by 17 months. SoCal’s year-over-year continues to rocket back up to zero. Portland came in at -11.8%, and both Los Angeles at -9.0%, and San Diego at -5.7% continue to come in better than Seattle. 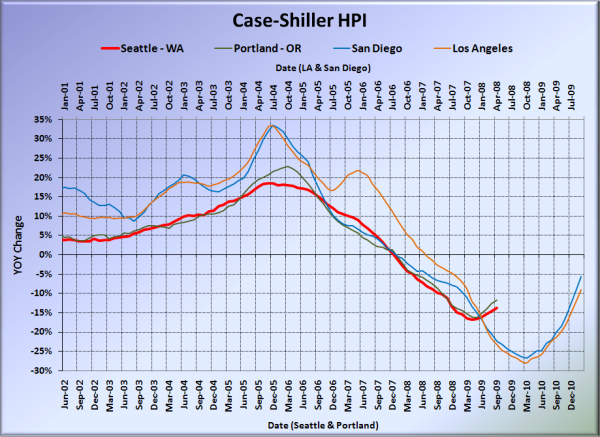 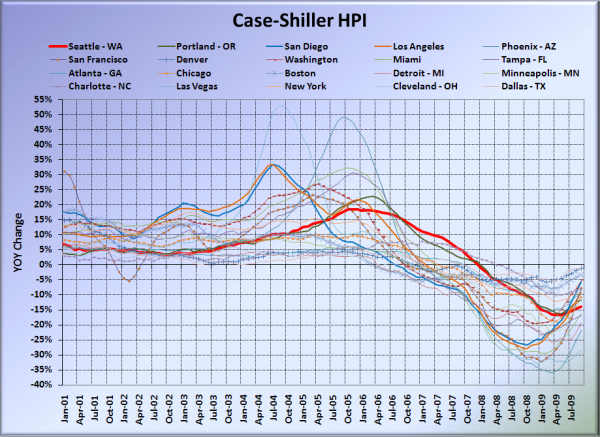 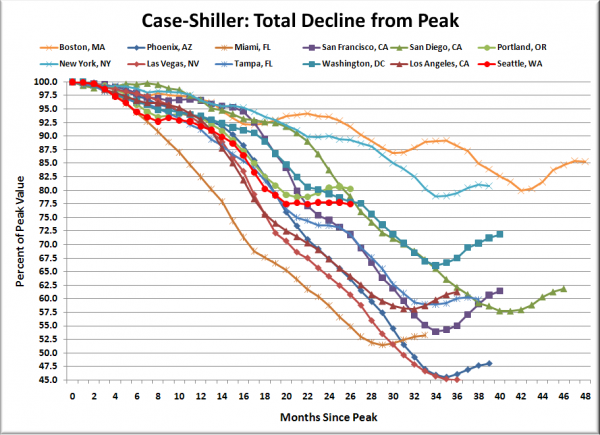 In the twenty-six months since the price peak in Seattle prices have declined 22.5%.

Here’s a complementary chart to that last one. This one shows the total change in the index since March for the same twelve markets as the peak decline chart. 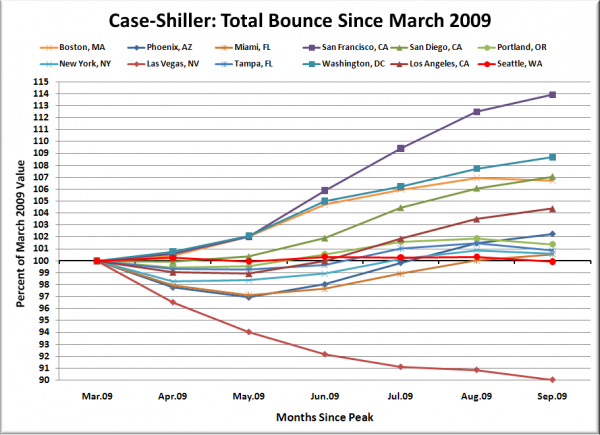 Whoops, Seattle dropped back below zero on that one. 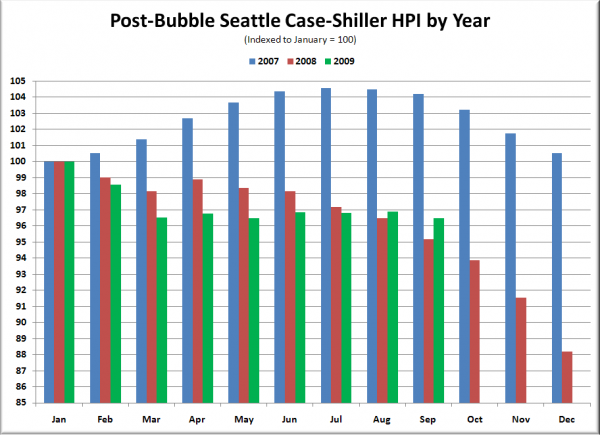 Still pulled into better territory than last year. However, with the normal seasonal drop in priced dead ahead, and the mad rush to beat the tax credit deadline no longer a factor, we may well see prices decline around 10% for the year by the time we get December’s data.