With November now in the rear view mirror, let’s have a look at the monthly stats preview. Most of the charts below are based on broad county-wide data that is available through a simple search of King County Records. If you have additional stats you’d like to see in the “preview,” drop a line in the comments and I’ll see what I can do.

Here’s your preview of November’s foreclosure and home sale stats: 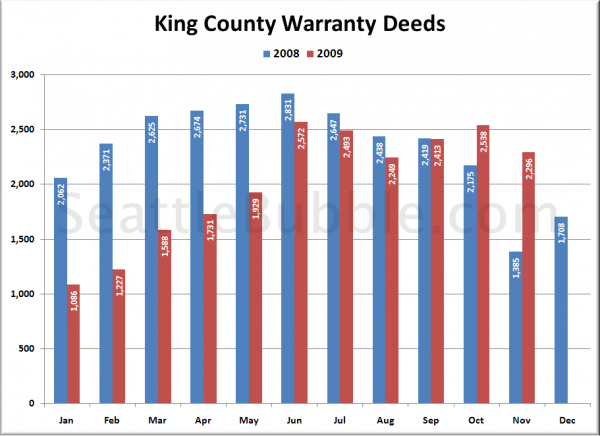 Not unexpectedly, sales declined slightly month-to-month, but saw a huge year-over-year increase: 66%. Since most of these sales probably went pending well before the tax credit was extended to beyond its original expiration at the end of November, it is not at all surprising so see such a huge surge in closings, and in fact we have been forecasting exactly this phenomenon since early this summer.

I suspect that a large part of this spike will end up having been borrowed from sales that would have otherwise taken place in the already normally slow December through February. Don’t be surprised if we see a massive drop-off of sales next month. 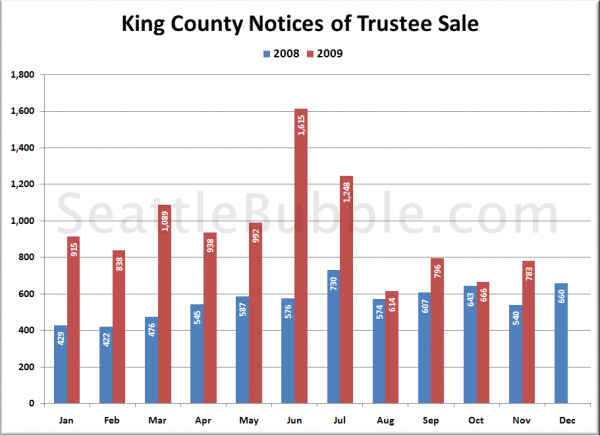 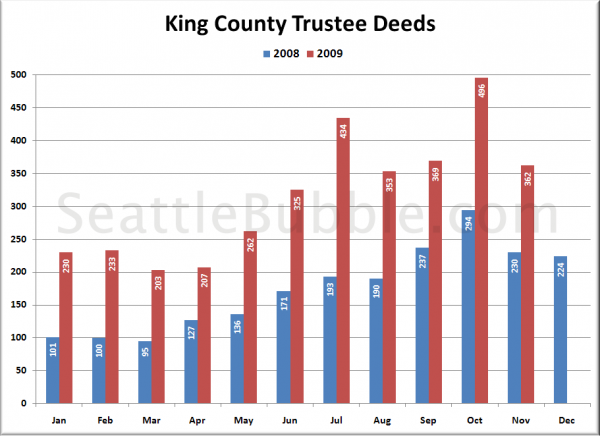 Up 57% from last year, but down from last month, mimicking the pattern seen in trustee sale notices back in June-July. 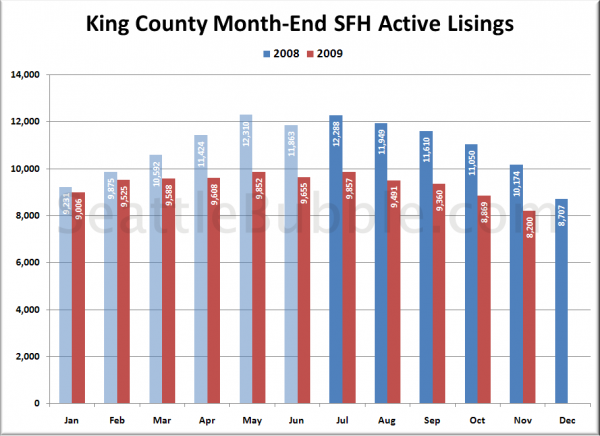 Just like every year, the number of homes on the market is declining significantly as we head into the usually “dead” winter months of real estate.