Let’s have a look at the latest data from the Case-Shiller Home Price Index. According to October data,

Last year prices fell 1.4% from September to October (not seasonally adjusted) and year-over-year prices were down 10.2%.

Here’s our offset graph, with L.A. & San Diego time-shifted from Seattle & Portland by 17 months. SoCal’s year-over-year is still shooting up toward zero. Portland came in at -9.9%, Los Angeles at -6.3%, and San Diego at -2.4%, all better than Seattle. 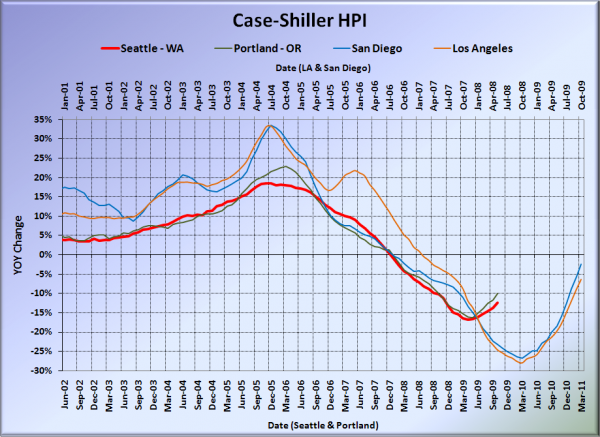 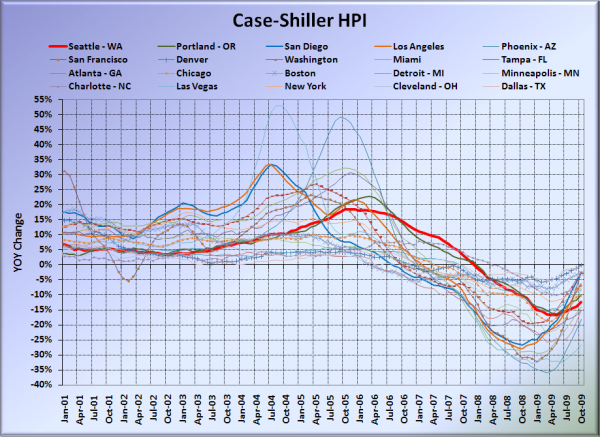 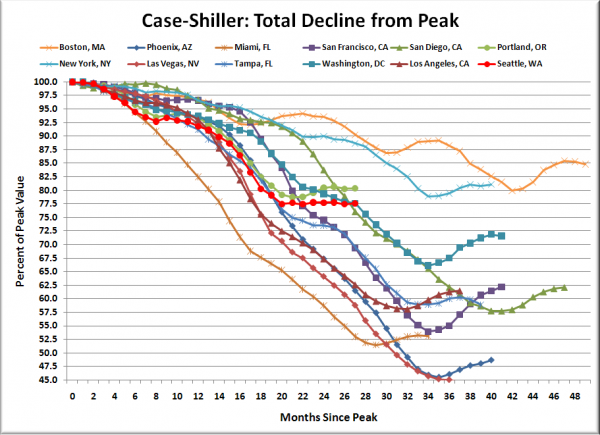 In the twenty-six months since the price peak in Seattle prices have declined 22.4%.

Here’s a complementary chart to that last one. This one shows the total change in the index since March for the same twelve markets as the peak decline chart. 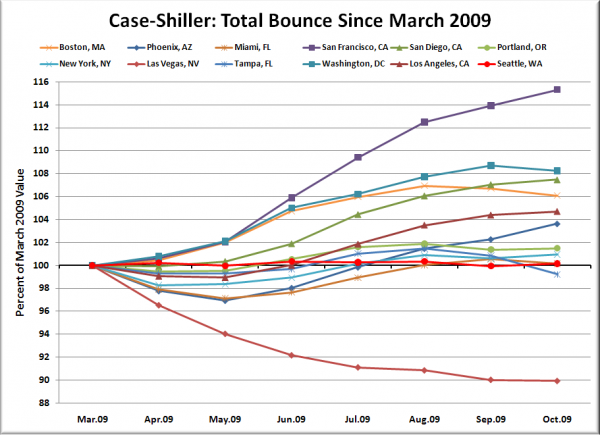 Back above 100 slightly at 100.15, which is higher than March, May, and September’s readings, but lower than June through August. Basically this summer has been the summer of incredibly flat home prices in Seattle. I guess anybody who came to “regret their decision to delay buying a home” from last fall to early this year got to spend the whole summer wallowing in their regret. Or something. 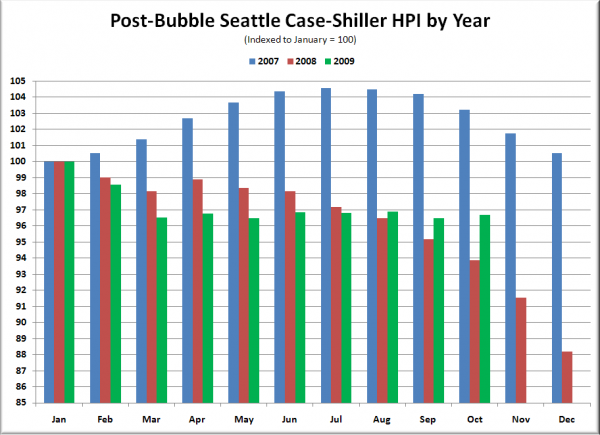 It definitely looks as though the tax credit demand seems to have held out Seattle’s spring price plateau for much longer than last year. It will be interesting to see if the effect continues beyond next month, when the giveaway was originally set to expire.