Now that the last month of 2009 is behind us, let’s have a look at December’s stats preview. Most of the charts below are based on broad county-wide data that is available through a simple search of King County Records. If you have additional stats you’d like to see in the “preview,” drop a line in the comments and I’ll see what I can do.

Here’s your preview of December’s foreclosure and home sale stats: 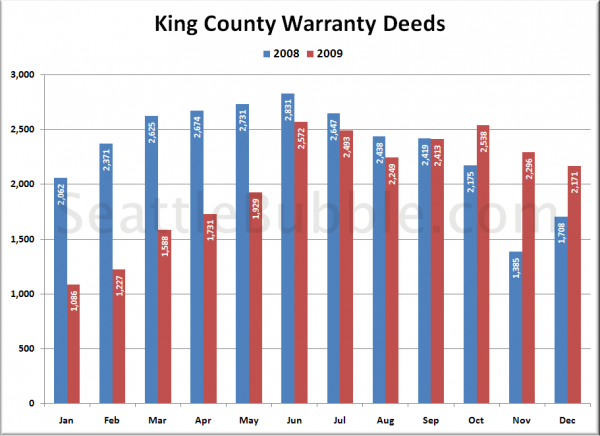 Last year warranty deeds increased 23% from November to December, while closed sales (SFH + condo) increased just 2%. This year, warranty deeds decreased 5% from November to December, so it seems safe to assume that total closed sales will probably decrease as well, and possibly by more than 5%. I’d guess that King Co. closed SFH sales will come in somewhere between 1,300 and 1,400, down 17% MOM, but up 40% YOY. 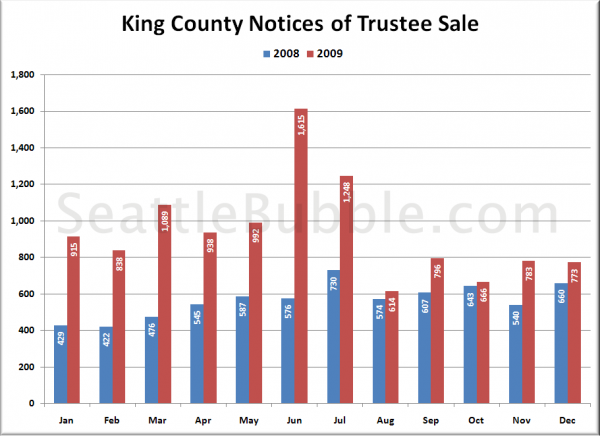 Looks like a bit of a plateau since the new law went into effect. If foreclosures hold around this high 700’s level for another month we’ll actually see a year-over-year decrease next month. 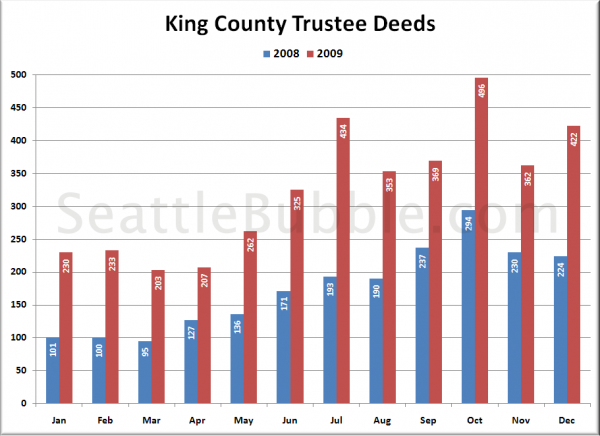 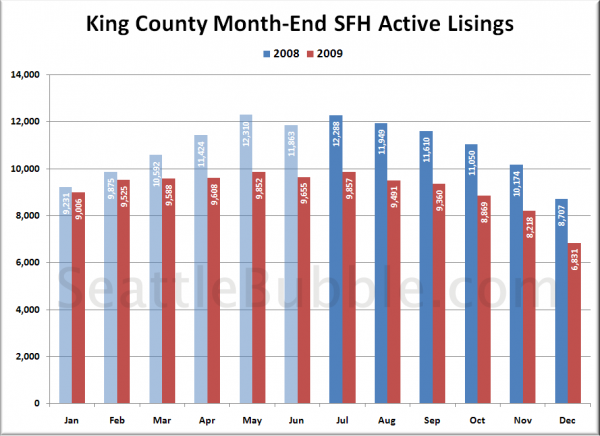 No surprise to see another month-to-month decline here, as December is always the lowest month. Look for listings to begin ramping up again in the coming months.