Let’s have a look at the latest data from the Case-Shiller Home Price Index. According to January data,

Last year prices fell 3.6% from December to January (not seasonally adjusted) and year-over-year prices were down 15.0%. 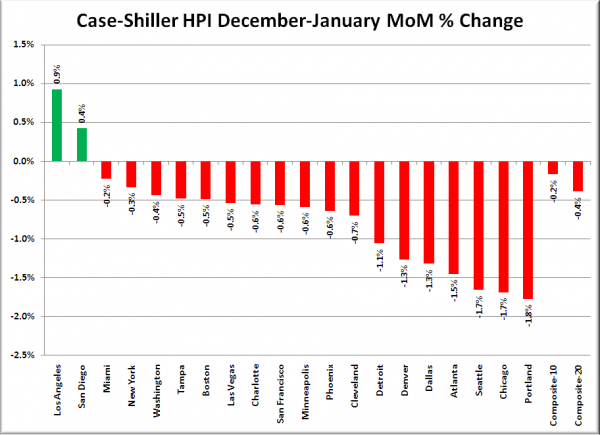 I still think it’s a huge stretch to state “home prices rise” when you’re talking about the black-box seasonally-adjusted index, plus the blanket statement that prices rose “in 20 U.S. cities” is just flat-out false. In reality, home prices fell in eighteen out of twenty Case-Shiller-tracked cities from December to January.

Here’s our offset graph, with L.A. & San Diego time-shifted from Seattle & Portland by 17 months. San Diego and LA continue to show slight YOY gains. Portland came in at -4.2%, Los Angeles at +3.9%, and San Diego at +5.9%, all better than Seattle again. 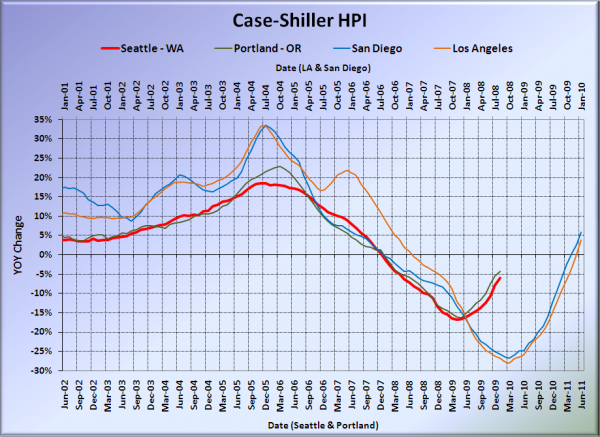 The only other cities still experiencing larger year-over-year declines than Seattle are Miami, Tampa, Detroit, and Las Vegas.

Here’s an interactive chart of the raw HPI for all twenty cities through January. 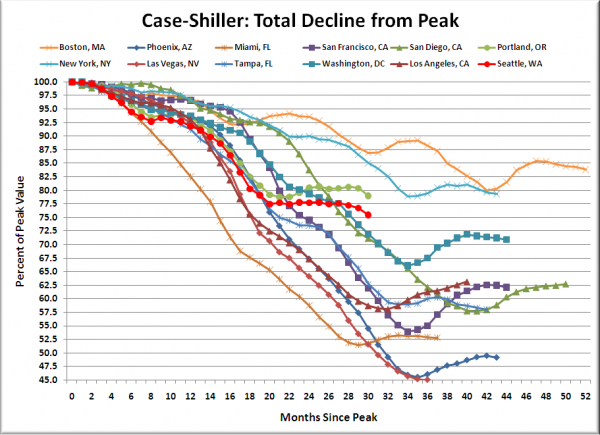 In the twenty-eight months since the price peak in Seattle prices have declined 24.5%, yet another new post-peak low, and a fairly decisive drop from the plateau around 22.5% off the peak where things had stabilized for most of 2009. 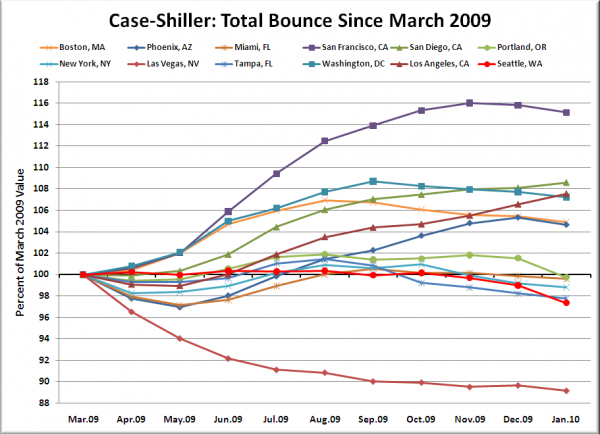 Uh-oh, looks like the bounce may be running out of steam as the free money tax credit giveaway begins to wind down…