With August in the rear view mirror, it’s time for another monthly stats preview. Most of the charts below are based on broad county-wide data that is available through a simple search of King County Records and Snohomish County Records. If you have additional stats you’d like to see in the preview, drop a line in the comments and I’ll see what I can do. 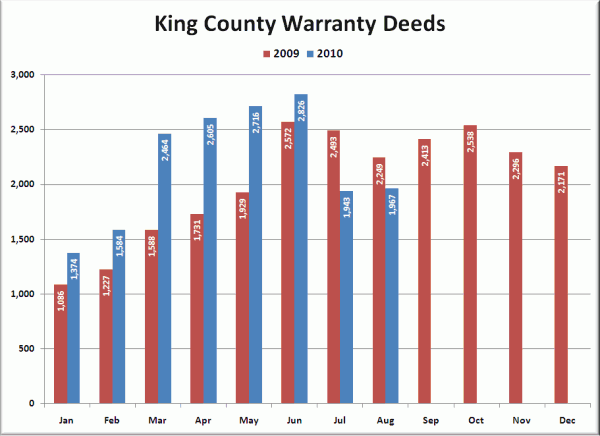 Warranty Deeds were more or less flat in King County between July and August. Last year Warranty Deeds fell nearly 10% during the same month, so maybe that’s progress? Obviously they’re still at a crazy low point for this time of year. YOY Warranty Deeds were down 13%. Based on this data, I suspect we’ll see NWMLS-reported SFH closed sales for August come in around 1,300. 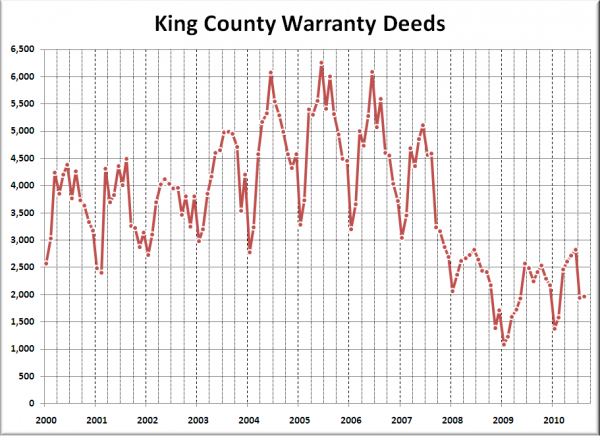 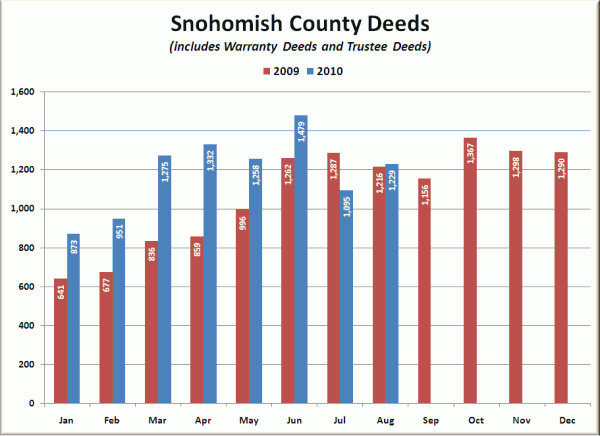 Snohomish County was up on the month. It will be interesting to see if SFH sales mark a similar jump. 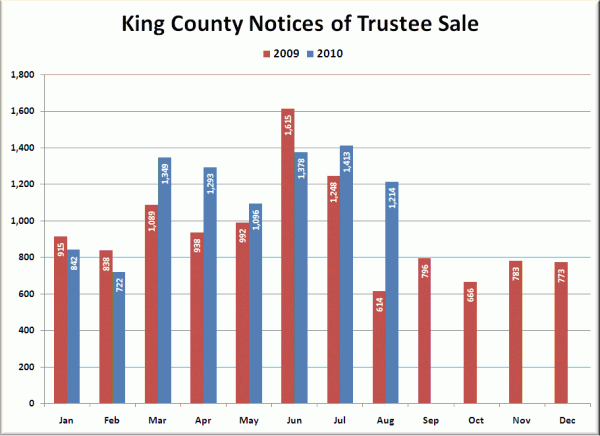 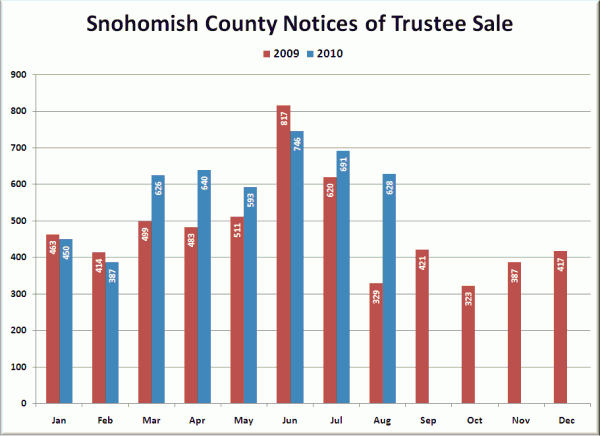 Month-to-month decreases in King and Snohomish, but both came in well over where they were a year ago, thanks to last year’s rapid decline once the new state law kicked in. 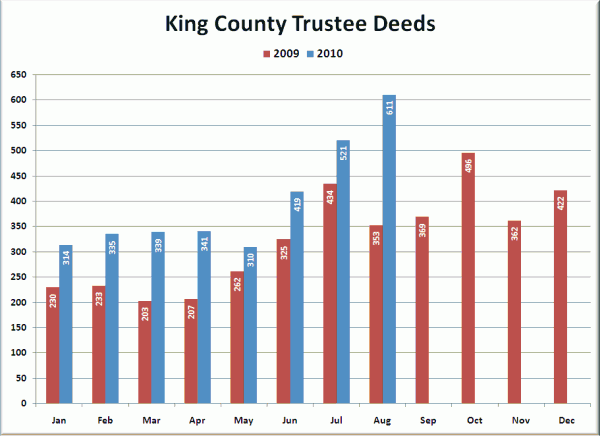 Yikes. Another new high in foreclosure repossessions in King County, jumping so far that I had to readjust the vertical axis on my chart. 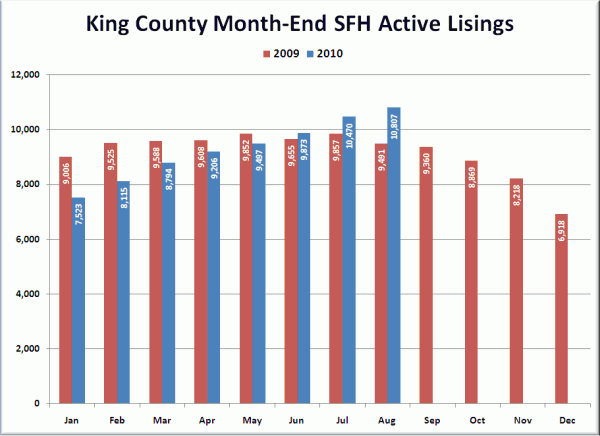 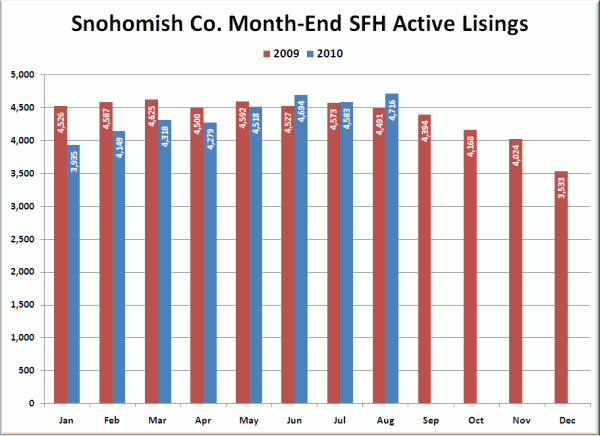 Nothing too surprising here. Look for new 2009-2010 highs in both King and Snohomish. We’ll probably see a continued growth in inventory until about October.