October market stats have been published by the NWMLS. Here’s their press release: Housing Activity Remained Sluggish During October; Market Change Not Likely to be "Light Switch" Moment.

“The change in the market will not be a ‘light switch’ moment,” remarked NWMLS director Frank Wilson, branch managing broker at John L. Scott Real Estate in Poulsbo. He expects 2011 will be a little better than 2010, with 2012 likely to be a little better than 2011.
…
“Buyers and sellers need to live in the now and not try to second-guess the market or when it will actually bottom out,” Wilson suggested, adding the messages to sellers and buyers are unchanged.

Got it? Only real estate professionals are allowed to make wild guesses about the market bottom.

Let’s have a look at their stats, shall we? 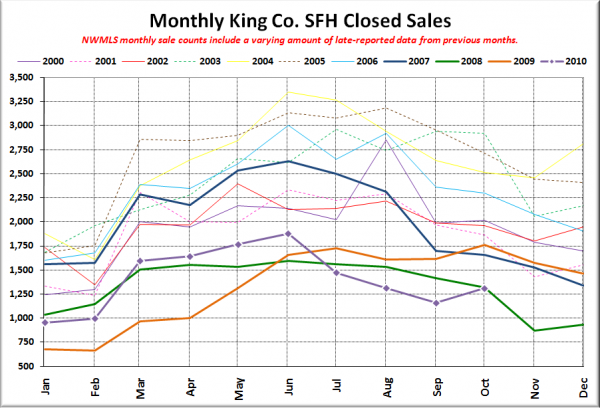 Note that October’s uptick is probably more likely a result of NWMLS reporting errors than an actual increase in the number of sales as we head into the fall. 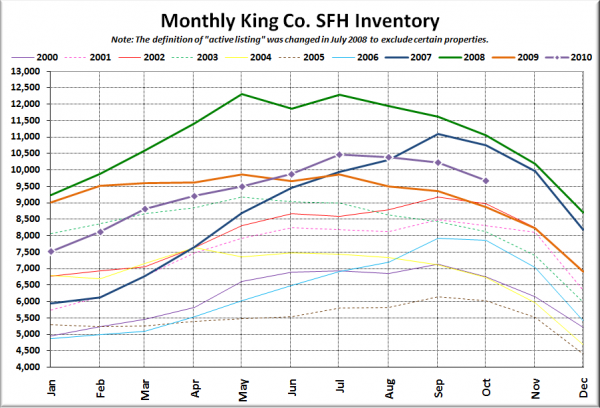 Still tracking above last year, but well below the record highs of 2008 and 2007. 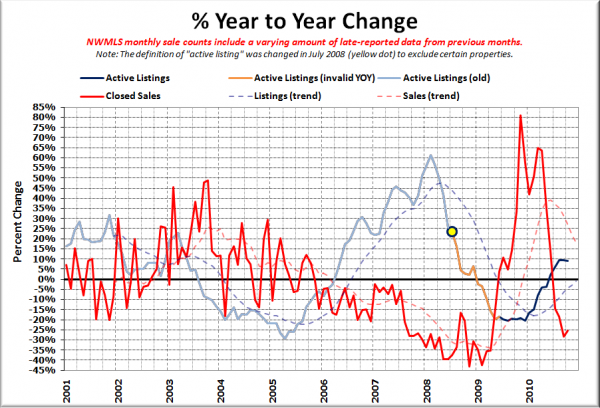 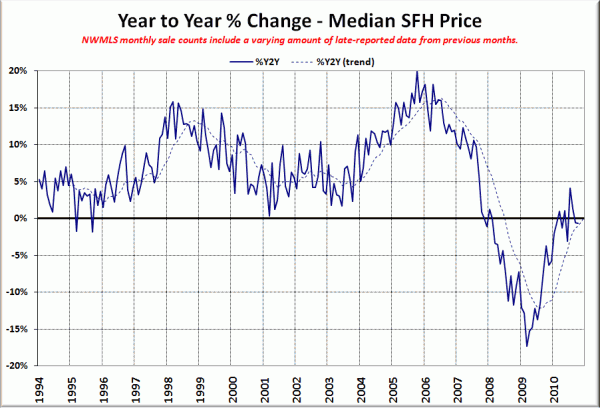 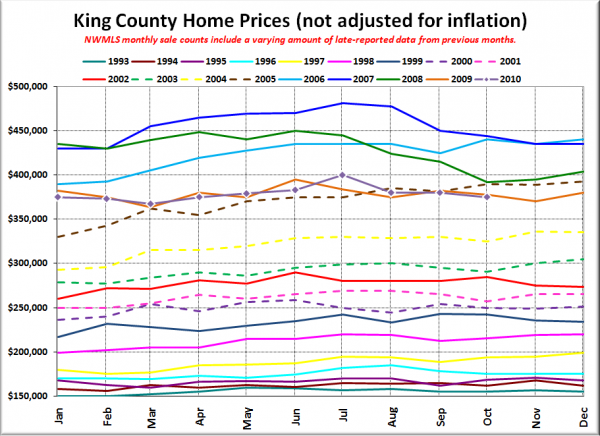 No blurbs yet from the Seattle Times and P-I. Check back tomorrow, when their reporting will be included in the full reporting roundup.