Another month in the rear view mirror, so that must mean it’s time for another monthly stats preview. Most of the charts below are based on broad county-wide data that is available through a simple search of King County and Snohomish County public records. If you have additional stats you’d like to see in the preview, drop a line in the comments and I’ll see what I can do. 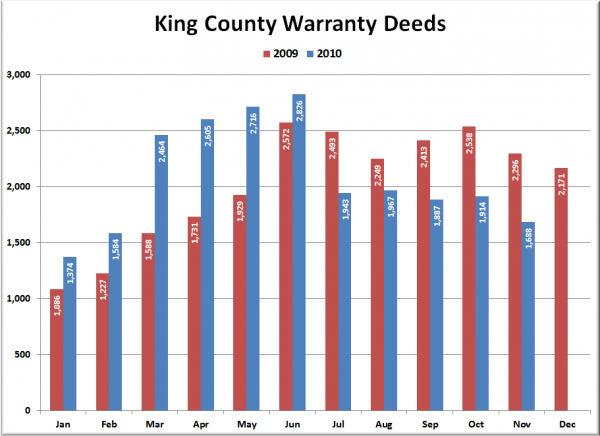 I love how January through June, 2010’s blue bars are quite a bit higher than the 2009 red bars. Then all of a sudden in July, something happens, pushing the blue bars far below the red bars. Who could have possibly predicted such a dramatic and sudden turn of events! The number of Warranty Deeds filed in November were down 26% from a year ago, so we can likely expect to see another similar drop in SFH sales over the same period. Based on this data, I suspect we’ll see NWMLS-reported SFH closed sales for November get a sudden boost of late-reported sales, coming in at around 1,100. No doubt this will easily be the second-lowest November on record, only beaten by November 2008, when the whole world was in a major financial panic. 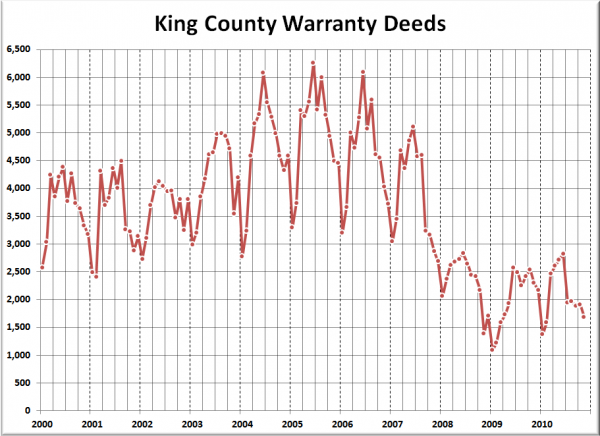 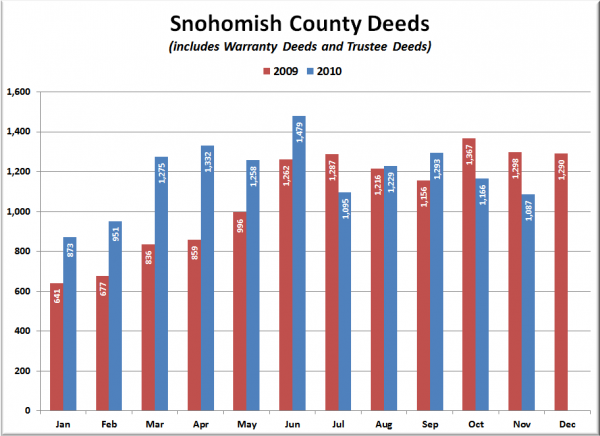 Deeds in Snohomish County fell yet again month to month and year over year. Last month a 15% YOY drop in Deeds corresponded to a 25% drop on SFH sales. A similar relationship between the two this month would lead to a 26% YOY drop in SFH sales in November. 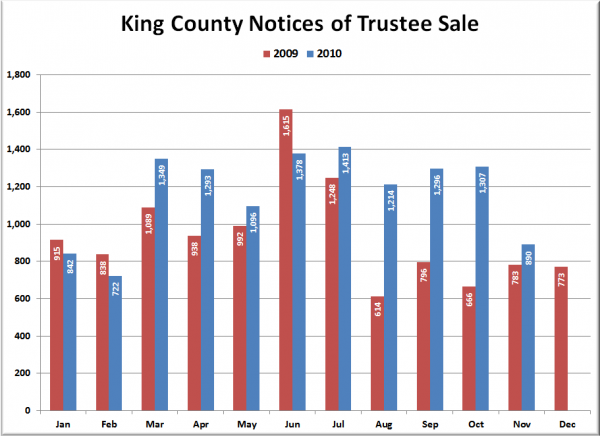 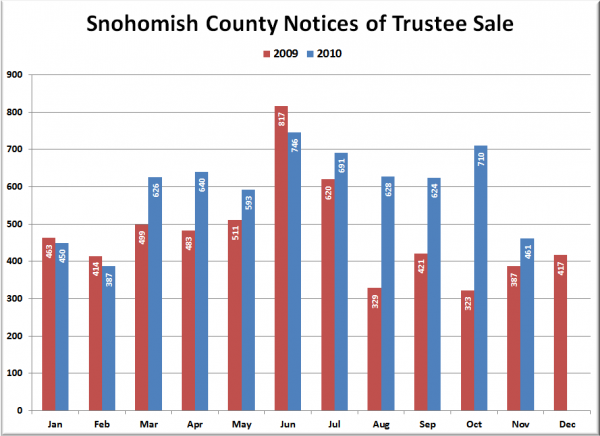 Big month over month drop in King County, but still up 14% year over year. Could this be the result of the “foreclosure freeze” we had a couple months ago? If so, expect to see foreclosures jump back up again next month. 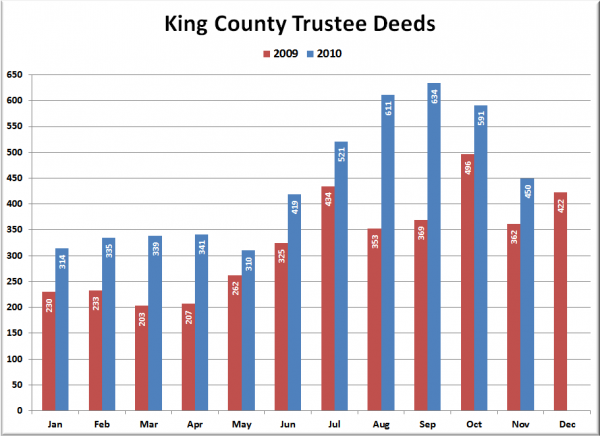 Notable month to month drop there too, but still coming in higher than a year ago. 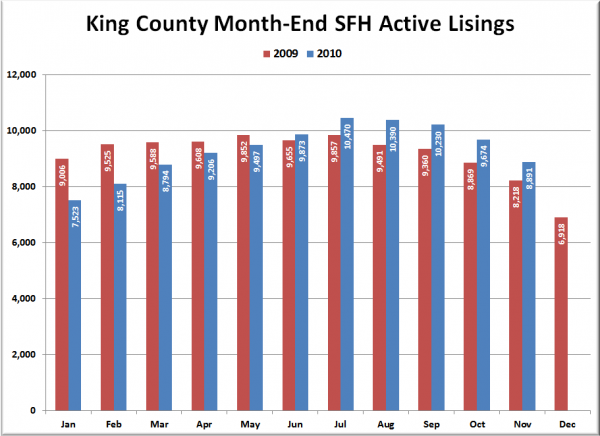 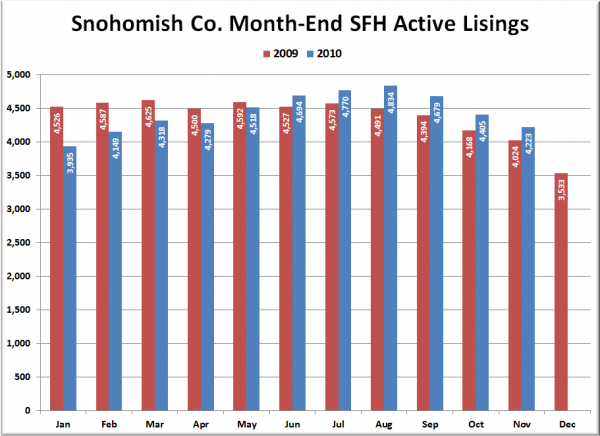 Not falling as fast as I would expect for this time of year. Perhaps an indication of more “must-sell” inventory than in past years? I suppose bank-owned inventory is less likely to be pulled off the market for the winter as well, so that could be another possible explanation.