Before we get to the local dead tree press, here’s a bonus link to my appearance last Friday on KUOW’s Weekday program. I was in-studio for the entire hour with Lynn Robertson (a Queen Anne real estate broker) and Glenn Crellin via phone. Here’s the audio:

All righty, let’s have a look at the source material from the NWMLS itself. Here’s their press release: Motivated buyers returning to the housing market

Dramatic increases in open house activity and shrinking inventory are fueling optimism among members of the Northwest Multiple Listing Service. Commenting on the just-released MLS report on January’s housing activity, one director stated, “There is a strong belief in the industry that the worst is behind us and we can look forward with confidence.” 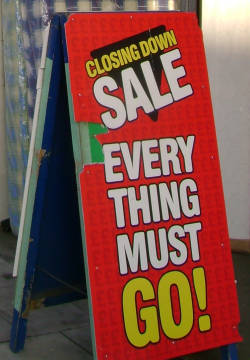 Darin Stenvers, managing broker at John L. Scott in Bellingham, who made that comment, also noted consumers are gaining confidence and buyers may be seeing what they believe is the bottoming of the market. “I’m very optimistic about the housing market for 2011 and the buyers and sellers should be as well,” he exclaimed.
…
In King County, the median sales price on last month’s sales was $333,500, a drop of 4.7 percent from twelve months ago when it was $350,000.

Brokers attribute part of the price drop to sales of distressed homes (in general, meaning homes under foreclosure or impending foreclosure).

In case you still haven’t figured it out… lower prices for homes (like every single other product one might purchase) means more people buying. Go figure. These continued price declines are the main reason I’m breaking from many other commentators with my prediction of a slight increase in home sales in 2011.

Sales of distressed homes are on the rise in the Seattle area — and they are helping to drive prices down, real-estate professionals say.

House prices in King County in January sank to their lowest level in nearly six years, according to statistics released Thursday by the Northwest Multiple Listing Service.

The median price of single-family homes that sold last month was $356,000, the service said. The last time it was lower was in April 2005.

Brokers and other observers said prices are dropping because distressed properties — foreclosed homes and short sales for less than a seller owes its lenders — make up a growing share of total sales.

A Windermere Real Estate analysis of listing-service data found that distressed sales accounted for 35 percent of all house and condominium sales in King County last month, up from 27 percent a year earlier.

Those sellers often are willing to settle for less.
…
Buyers closed on 1,017 houses in the county in January, 6 percent more than in January 2010. It was the first year-over-year increase since June, when popular federal homebuyer tax credits expired.

But it’s probably not the start of a trend, professionals said, because the tax credits spurred a surge in sales during the first half of last year that will be difficult to equal in 2011.

These are points I’ve been making for at least a few months. Distressed sales are driving prices (down), inventory pretty much sucks, but sales are picking up slightly thanks to lower prices.

The median home price is a six-year low, but economists have warned that sales of distressed properties will be a drag on prices for the foreseeable future.

“I think the first half of 2011 is going to continue to be really rough as you have those foreclosure properties moving through the pipeline (driving down prices),” Glenn Crellin, director of the Washington Center for Real Estate Research at Washington State University, said last month.

But it’s not all bad news.

Pending sales – considered the best indicator of market activity – were up 19.58 percent in January compared with December, although they were down 6.57 percent year-over-year.

Wait, what? It’s not bad news when you look at pending sales—a highly unreliable figure—and compare month-to-month with the month that always marks the low point for the year? Sorry, that doesn’t make any sense. Oh wait, no wonder. It’s the P-I’s sports reporter, Gerry Spratt at the helm again instead of Aubrey Cohen, who actually understands the real estate market.

Home sales in Snohomish County rose in January, providing some hope for real estate agents who have survived tough times in recent months.

There were 533 homes sold last month, the Northwest Multiple Listing Service reported Thursday. That’s a 7.7 percent increase from January of 2010.

Why oh why does any reporter pay any attention at all to this open house nonsense.

Maybe I’m not looking hard enough, but I can’t seem to find any stories about the January NWMLS release in either the Tacoma News Tribune or The Olympian. Point me in the right direction if I’ve just overlooked it.