Let’s have a look at the latest data from the Case-Shiller Home Price Index. According to May data,

Last year prices rose 1.2% from April to May and year-over-year prices were down 1.4% (the closest they have been to zero since the peak).

Despite a continued seasonal bump in Seattle home prices, the year-over-year change fell slightly from last month, since this year’s May change was not as strong as last year’s.

Washington DC is still the only city still in positive YOY territory, but thanks to spring, all but three cities showed month-over-month growth. Only Tampa, Las Vegas, and Detroit continued to lose ground.

Falling faster than Seattle as of May: Chicago, Portland, Detroit, Tampa, Phoenix, and Minneapolis. 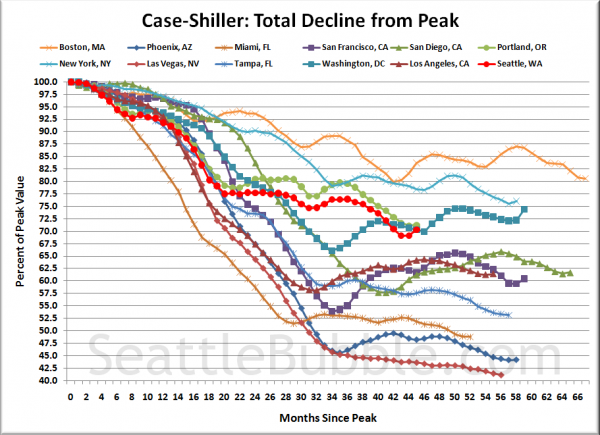 In the forty-six months since the price peak in Seattle prices have declined 29.0%, slightly less than last month, up off the low again. Just two more months until the four-year anniversary of Seattle’s peak. 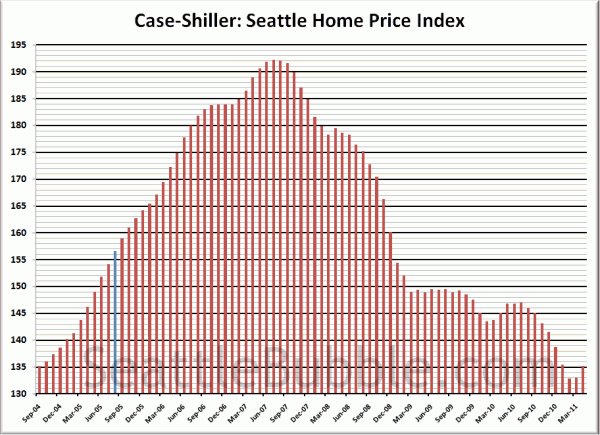 The blue line on August 2005 represents the month that this site launched. As of May 2011, there have effectively been zero price gains since October 2004.

For posterity, here’s our offset graph—the same graph we post every month—with L.A. & San Diego time-shifted from Seattle & Portland by 17 months. Portland improved slightly, but everyone else continued to get worse on this chart. Year-over-year, Portland came in at -9.1%, Los Angeles at -3.2%, and San Diego at -5.1%. 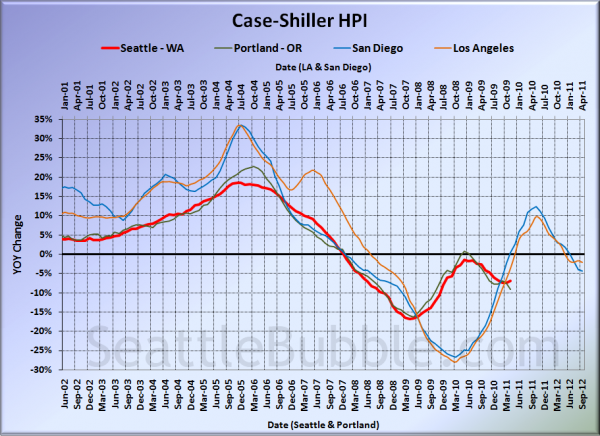