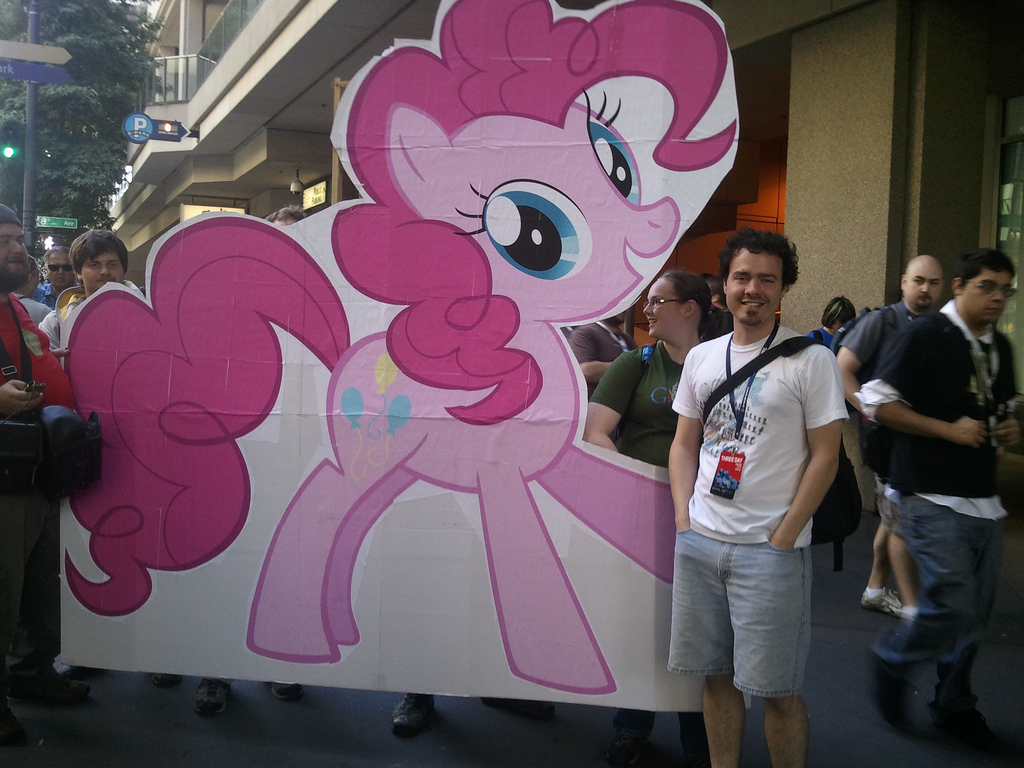 So I’ve spent most of this weekend attending the Penny Arcade Expo (PAX) at the Washington State Convention Center downtown. Yesterday there was a sight on Pike street that was just too good not to share with you:

The pink pony has returned to Seattle! 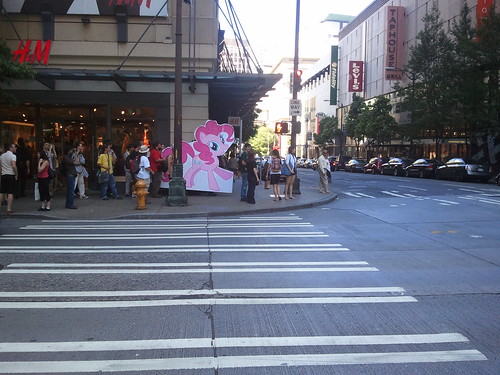 I swear I had nothing to do with this. Turns out there is this whole weird nerd subculture that consists of dudes that are obsessed with My Little Ponies. They call themselves (I am not making this up): Bronies. Apparently some of these Bronies were in attendance at PAX this weekend.

Of course, I couldn’t resist stopping the pony-carriers and having my picture taken: 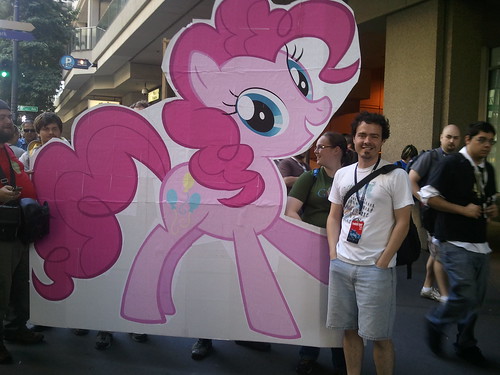