“For the first time in a long time, I can say with confidence that things feel better,” said Northwest MLS director OB Jacobi, president of Windermere Real Estate. “We shouldn’t get too distracted by the large increase in pending sales,” he cautioned, noting, “It’s a positive sign, but these figures are being compared to last summer’s post-tax incentive doldrums. With that being said, we’re excited about the positive momentum in the market.”
…
Commenting on the latest numbers, NWMLS director Frank Wilson emphasized, “A real estate market is about activity and momentum.” He also noted historic affordability, with the cost of a home better matching income levels and extremely low interest rates contributing to favorable conditions. “We continue to live in a real estate market of extreme affordability, affordability levels that have not been seen in decades,” he stated.

We’ll wait until tomorrow’s reporting roundup to comment on their press release. For now let’s get to the stats. 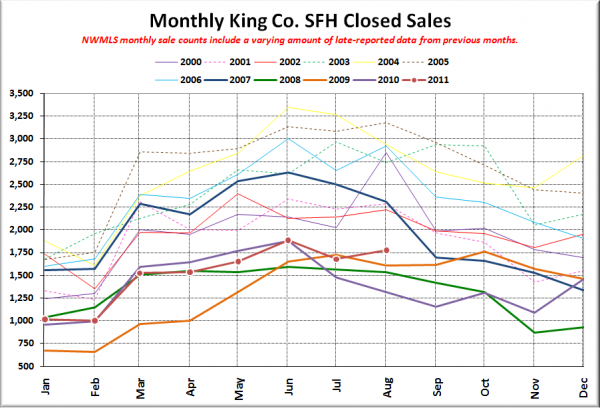 Definitely a divergent path compared to the last four years. The last year that closed sales increased between July and August was 2006, when we were still in the midst of the bubble. Of course, when you compare the actual volume of closed sales this August to any year other than the last three years, it still looks pretty dismal. 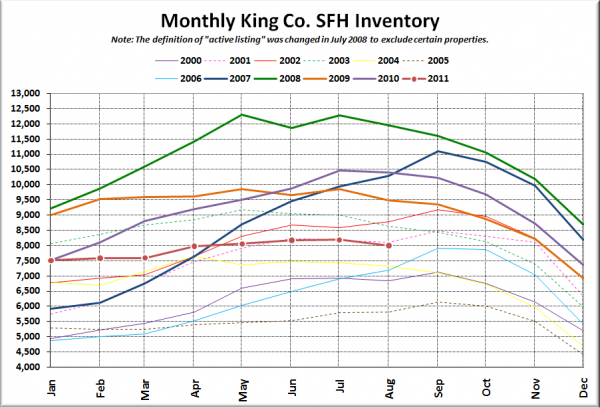 Looks like we’re heading down for the winter about two months earlier than typical years. 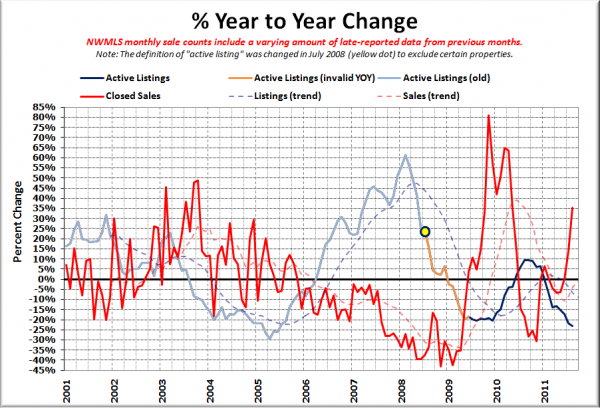 Sales are still pretty wonky on here thanks to last year’s expiration of the tax credit, and my guess is that inventory is heading down because most of the stupidly optimistic sellers have finally gotten the message that they really can’t get bubble prices for their homes anymore, so they’ve given up listing entirely. 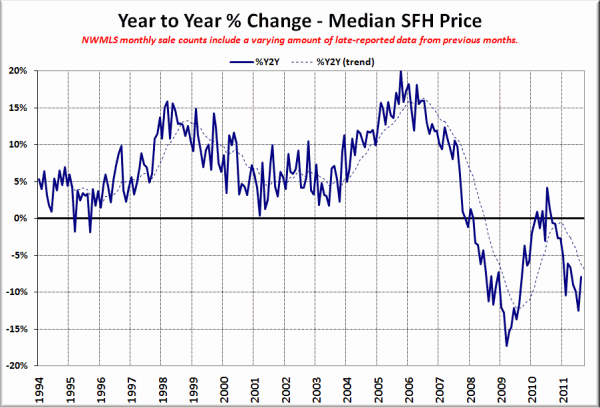 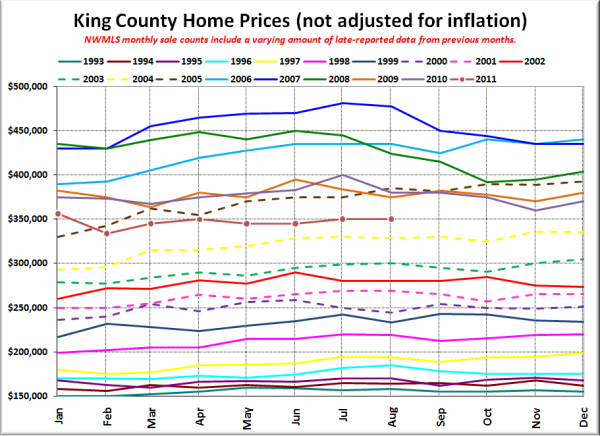 Here are the headlines from the Seattle Times and the Seattle P-I. Check back tomorrow for the full reporting roundup.