Let’s have a look at the latest data from the Case-Shiller Home Price Index. According to July data,

Last year prices rose 0.1% from June to July and year-over-year prices were down 1.6%.

Seattle’s Case-Shiller index has risen now for five months in a row, but keep in mind that they pretty much always rise in the spring and summer months. 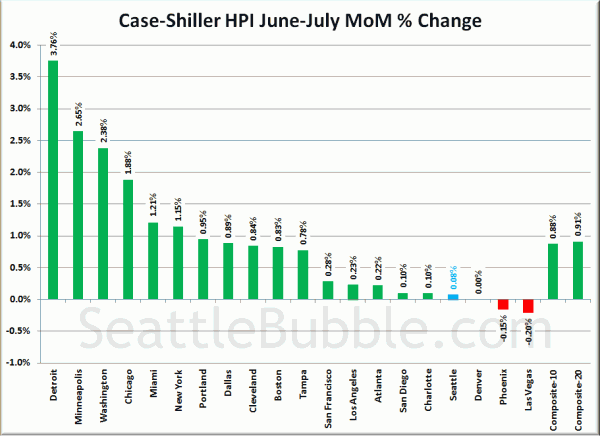 Seattle’s summer seems to be coming in a lot less strong than most of the other markets around the country.

Just four cities were falling faster than Seattle as of July: Chicago, Portland, Phoenix, and Minneapolis. 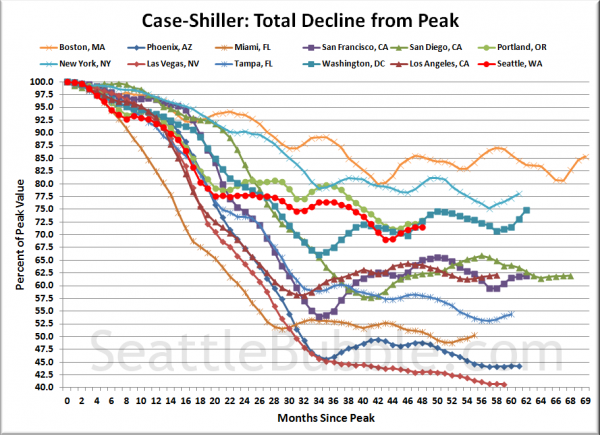 In the forty-eight months since the price peak in Seattle prices have declined 28.5%, the same as last month, up 2.4 points off the low. Four years. What a ride.

For posterity, here’s our offset graph—the same graph we post every month—with L.A. & San Diego time-shifted from Seattle & Portland by 17 months. Portland improved slightly, but everyone else continued to get worse on this chart. Year-over-year, Portland came in at -8.4%, Los Angeles at -3.5%, and San Diego at -5.9%. 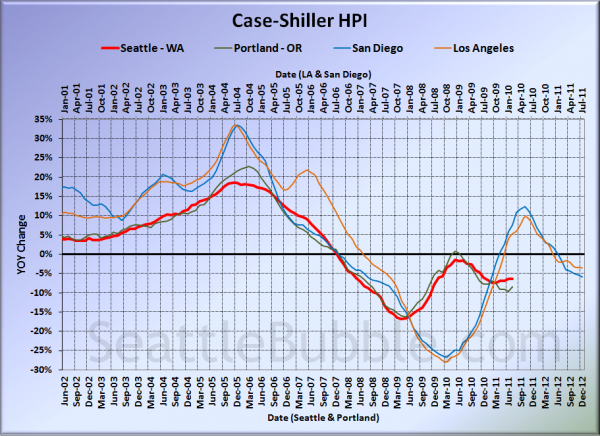