All righty, it may be ten days into Ocotober already, but that’s not going to stop me from posting our regular stats “preview,” because I just like to see the data presented in the simple bar chart format of this series. Most of the charts below are based on broad county-wide data that is available through a simple search of King County and Snohomish County public records. If you have additional stats you’d like to see in the preview, drop a line in the comments and I’ll see what I can do. 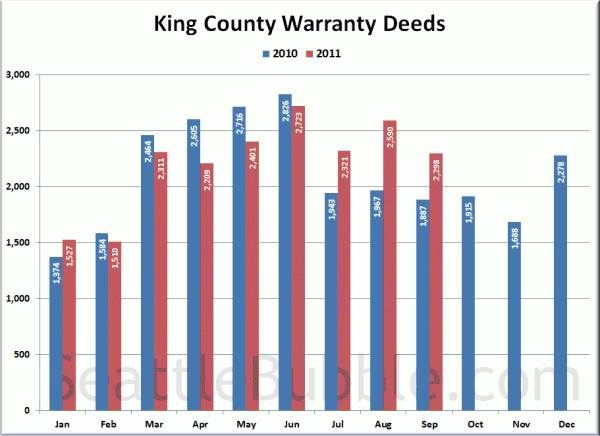 Up from a year ago by about twenty percent, which is right in line with NWMLS-reported sales. Note that this year’s steady slope down after June is much more normal than last year’s sheer dropoff. 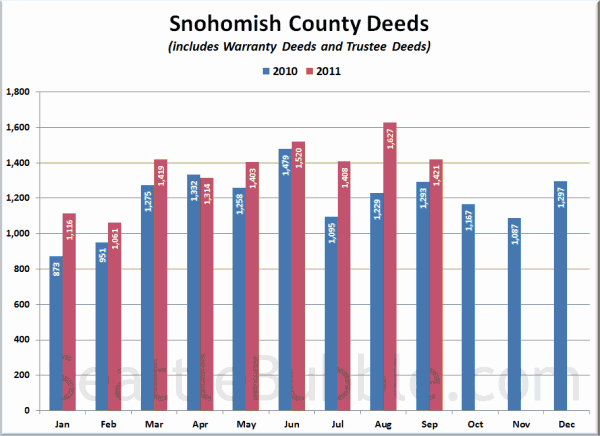 The data in Snohomish is a bit more noisy, but deeds still marked a year-over-year bump. 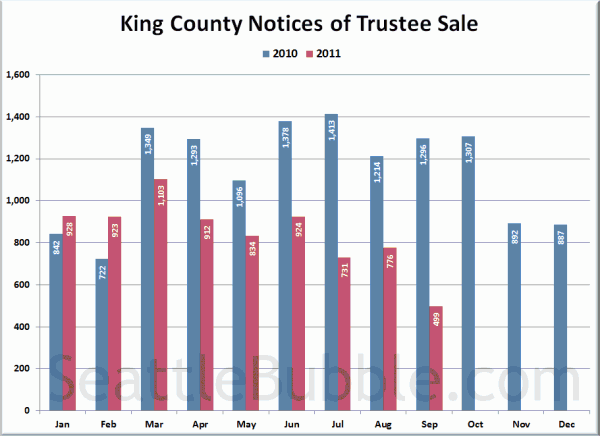 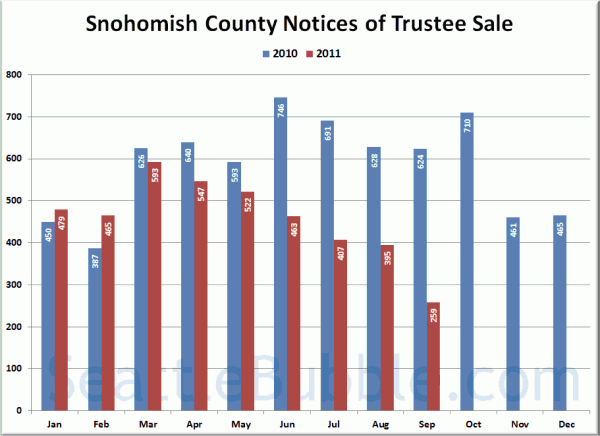 A pretty significant drop both month-to-month and year-over-year in both counties. I wonder if that’s finally the result of the new foreclosure red tape legislation passed in Olympia a few months back. The dropoff is much too sudden to be natural. 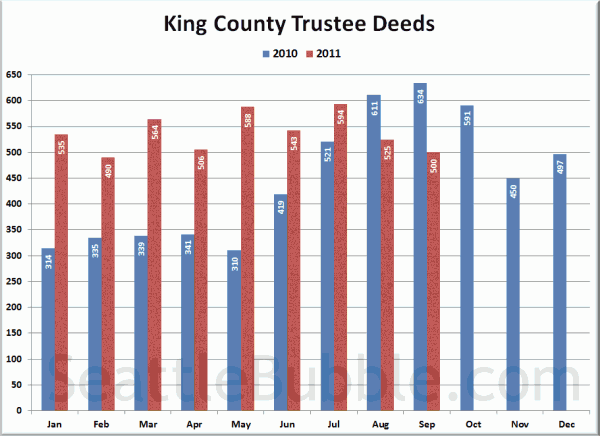 Another decline in repossessions, with September marking the second-lowest point of the year. 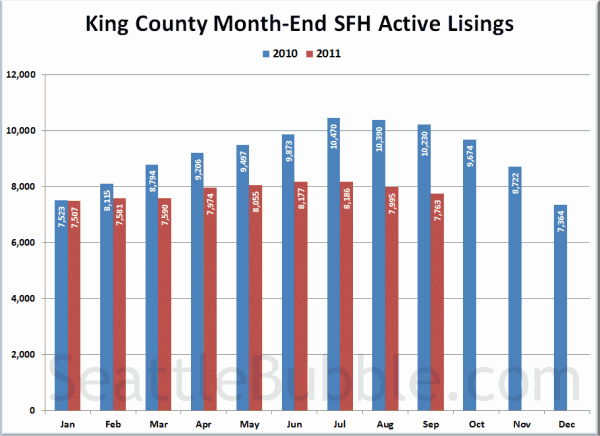 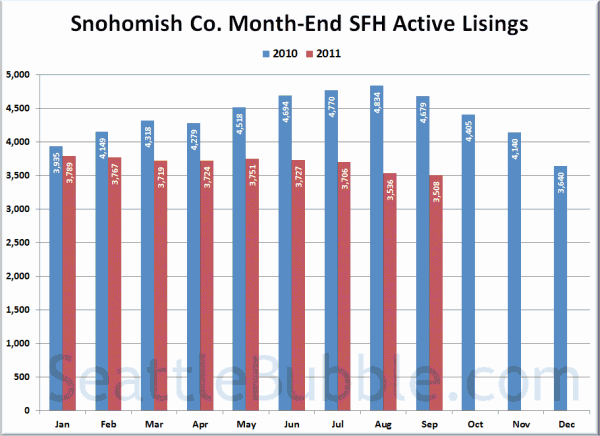 2011 has not been the best year for selection, that’s for sure.