Let’s have a look at the latest data from the Case-Shiller Home Price Index. According to August data,

Last year prices fell 0.8% from July to August and year-over-year prices were down 2.4%.

After increasing for five months in a row from March through July, Seattle’s index dipped a bit this month. I guess the usual spring/summer boost is already wearing off.

DC and Detroit are the only two cities in YOY positive territory in the latest update. What an odd pair. Meanwhile, after almost every city showed month-to-month gains in July, half are now in negative territory as of August. 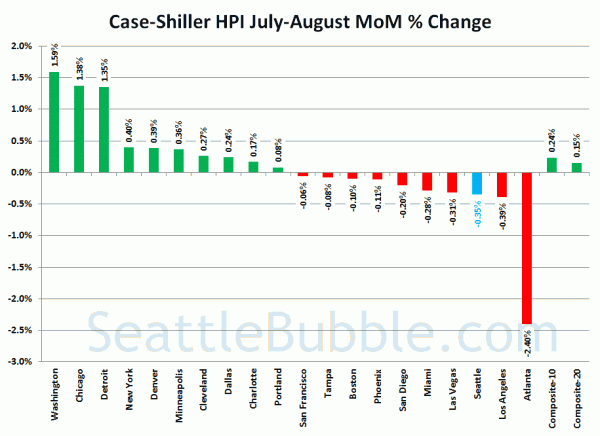 Seattle continues to come in near the bottom of the heap in month-over-month changes.

Just four cities were falling faster than Seattle as of August: Atlanta, Portland, Phoenix, and Minneapolis.

Here’s the interactive chart of the raw HPI for all twenty cities through August. 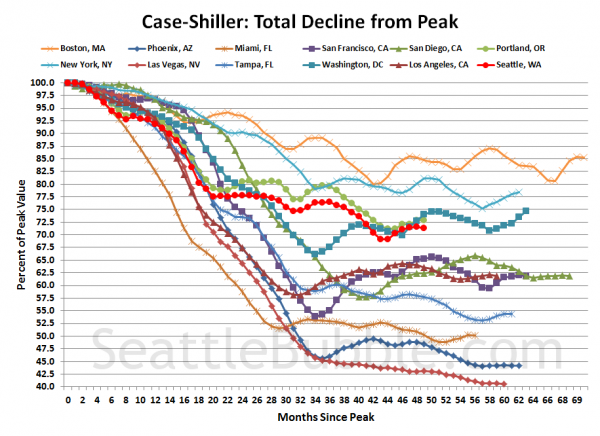 In the forty-nine months since the price peak in Seattle prices have declined 28.5%, the same as last month, up 2.4 points off the low. Four years. What a ride.

For posterity, here’s our offset graph—the same graph we post every month—with L.A. & San Diego time-shifted from Seattle & Portland by 17 months. Everyone but Los Angeles got a bit of a bump in August. Year-over-year, Portland came in at -7.6%, Los Angeles at -3.5%, and San Diego at -5.5%. 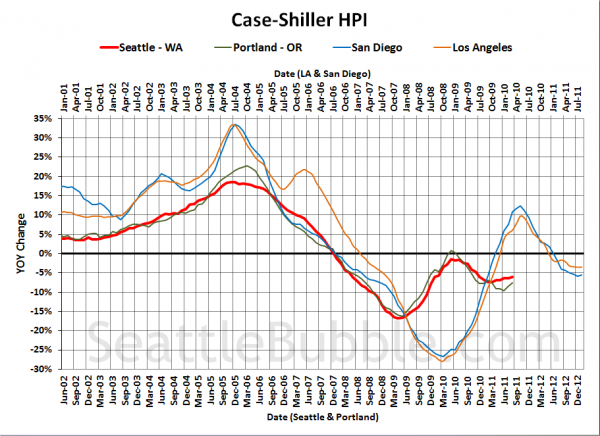