Welcome to November! New month, new stats preview. Most of the charts below are based on broad county-wide data that is available through a simple search of King County and Snohomish County public records. If you have additional stats you’d like to see in the preview, drop a line in the comments and I’ll see what I can do. 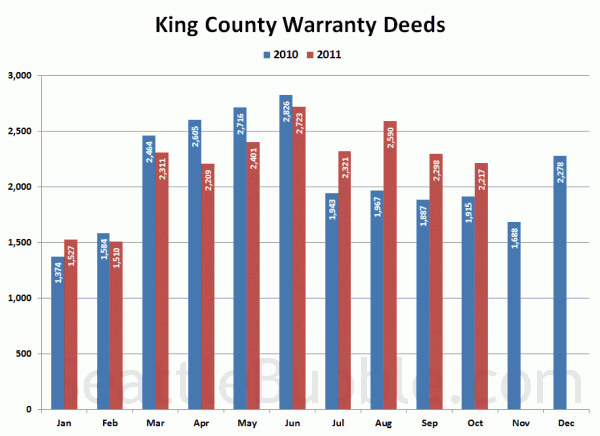 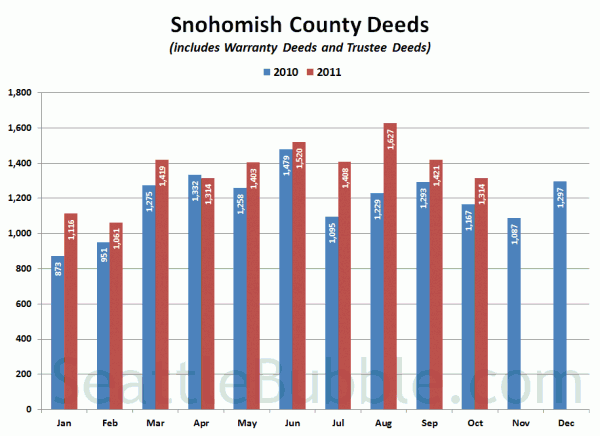 The data for Snohomish actually showed a slight increase in the YoY number from last month, but since this includes a lot more than just regular sales, we can’t draw too many conclusions from that. 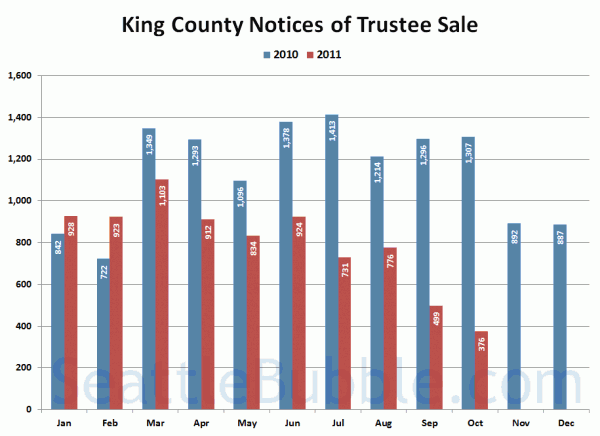 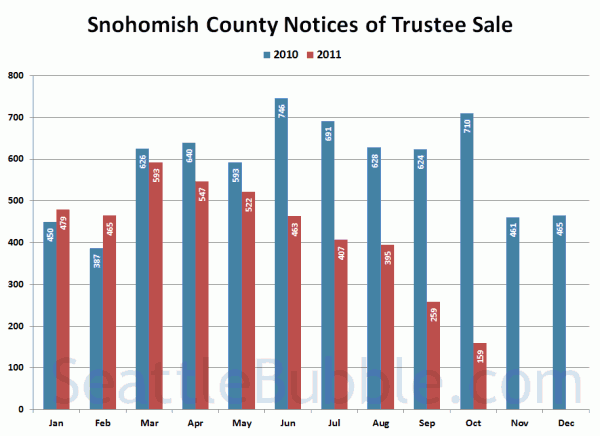 Still dropping like a rock, faster than can be believed to be any sort of natural healing of the market, in my opinion. 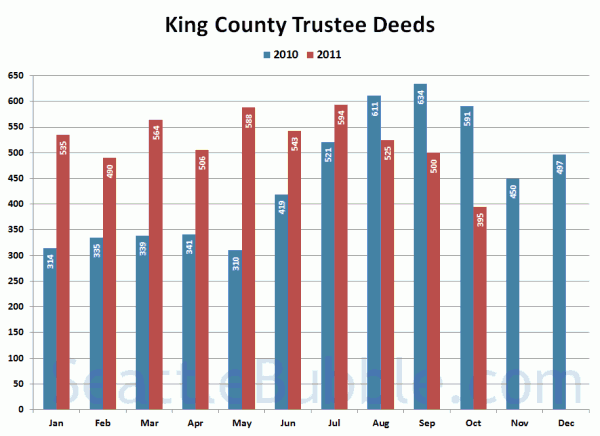 Lowest point on this chart since May 2010. 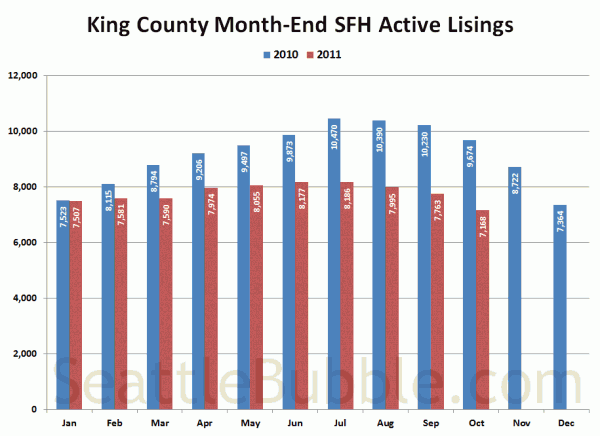 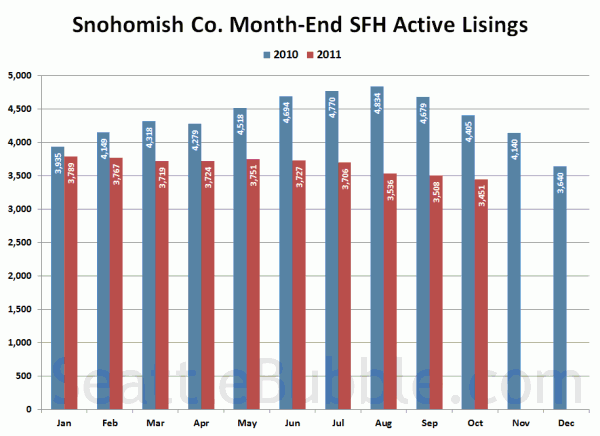 Both King and Snohomish are at the lowest point they’ve been in over two years.