Let’s have a look at the latest data from the Case-Shiller Home Price Index. According to September data, Seattle-area home prices were:

Last year prices fell 0.8% from July to August and year-over-year prices were down 2.4%.

After increasing for five months in a row from March through July, Seattle’s index dipped a bit this month. I guess the usual spring/summer boost is already wearing off.

DC and Detroit are still the only two cities in YOY positive territory in the latest update. Meanwhile, after half the cities showed month-to-month gains in August, all but three are now in negative territory as of September. 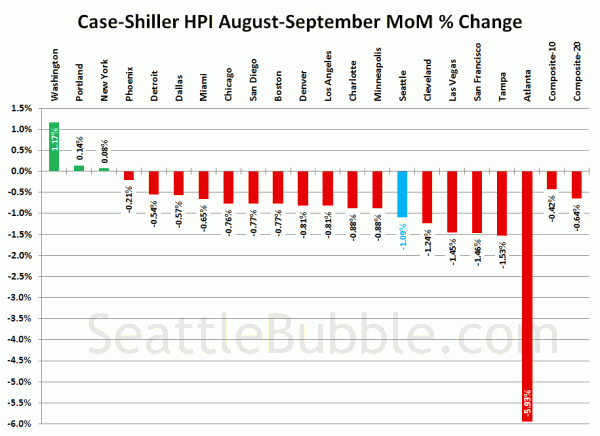 Seattle continues to come in near the bottom of the heap in month-over-month changes, although Atlanta put everyone to shame this month. Ouch! 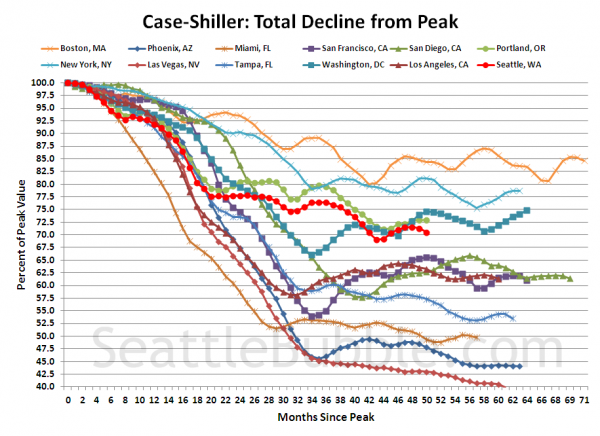 In the fifty months since the price peak in Seattle prices have declined 29.5%, a point lower than last month, up 1.4 points off the low.

For posterity, here’s our offset graph—the same graph we post every month—with L.A. & San Diego time-shifted from Seattle & Portland by 17 months. San Diego and Portland bumped up a bit in September, but Seattle and Los Angeles fell. Year-over-year, Portland came in at -5.7%, Los Angeles at -4.2%, and San Diego at -5.4%. 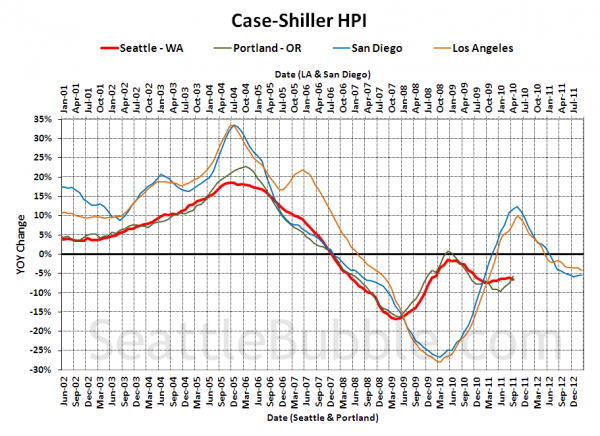