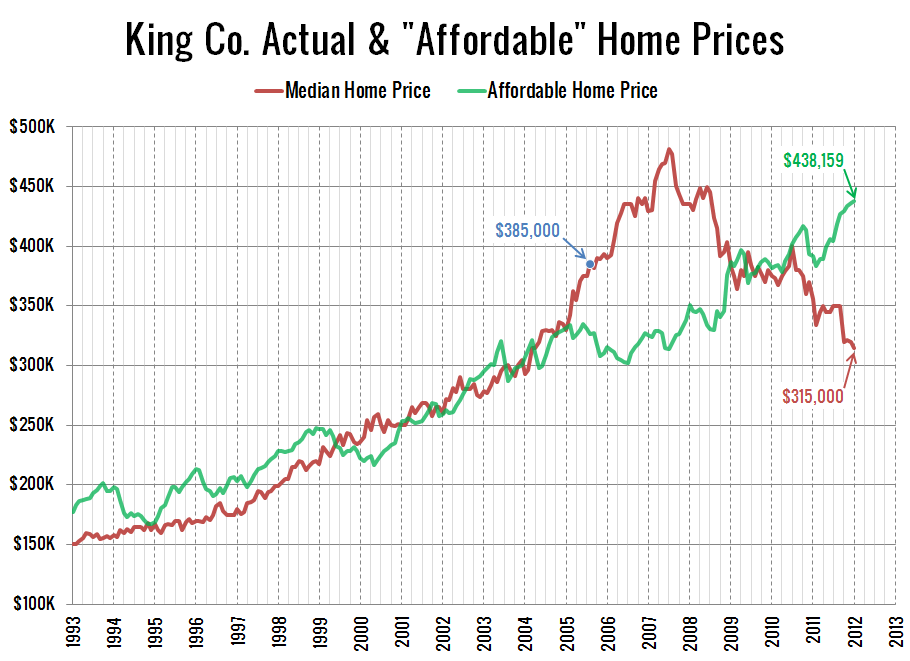 Dear god, I cannot fathom why anyone would commit 30 years of hard earned wages into a crapshack like the housing that is available in Seattle. Has the Seattle algae slimed their brain cells into mush?

$300,000 IS A LOT OF MONEY. Why would anybody pay more than a quarter of a million dollars over half a lifetime for a run down frame shanty built 80 years ago? Is Seattle long on stupid people? Was PT Barnum from Seattle? Where is the explanation for this insanity?

I can live here (grudgingly) for a fraction of the monthly payment buying a house would cost me. If the landlord raises my rent, I’ll move. I still live in a better dwelling than half the houses in my neighborhood (W. Seattle) whose owners pay twice as much mortgage payment as I do in rent.

It makes no sense. I don’t see how they sell one house a year in this city. Who are these suckers being relieved of their wages in exchange for tenement dwellings, and WHY do they do it? I’m completely mystified by Seattle housing. I just can’t grasp it. 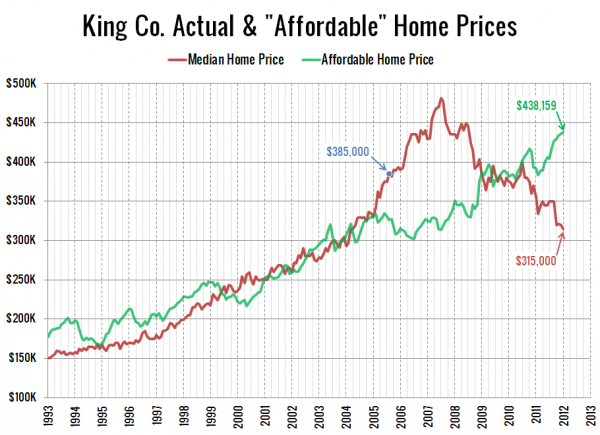 Even if interest rates were at the same level they were throughout the bubble (6.1% on average), King County’s “affordable” home price would still be around $340,000, which is a good eight percent above the actual median price in January.

Yeah, $300,000 is a lot of money. But it doesn’t feel like quite as much money when you consider that the total PITI monthly payment on a $300k home after 20% down at today’s rates is only $1,470. And if there’s one thing we’ve learned from the housing bubble, it’s that most people base their buying decisions much more on their gut feeling than on an emotionally-detached analysis of long-term financial consequences.

[Update]
The comment by AxlRose below gave me an idea for another new chart: Actual median household incomes and the household income required to make the median-priced home affordable. Here it is: 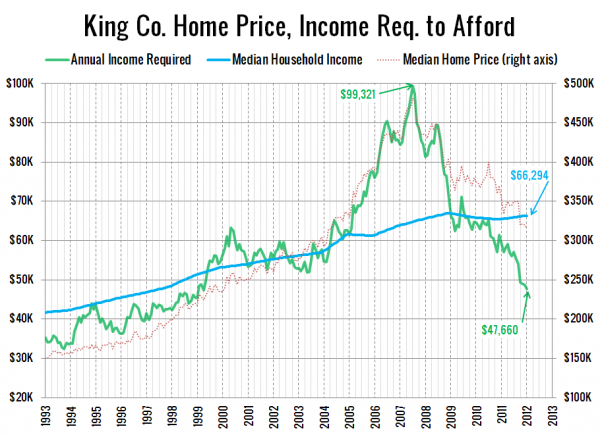