It’s time for another installment of Real Actual Listing Photos. Once a month (or so) I round up some of the most bizarre listing photos from around the Seattle area and post them here, with brief excerpts from the real actual listing description, and probably a bit of snarky commentary.

The idea for this series stems from the ongoing forum thread Detrimental Listing Photos, which is where you should post your nominations for next month’s Real Actual Listing Photos post.

No particular theme this week, just a bunch of great listing photos sent in by readers and spotted by yours truly. 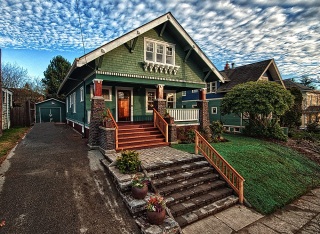 “Consider this new construction in 2012.”

Year built: 1914. Maybe if we blind them with HYPERCLOUDS, they won’t notice that the home is actually 100 years old, not brand new. 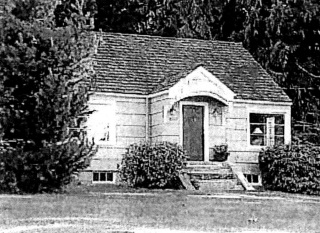 Okay, so the list agent’s camera was apparently broken, and the only photo they could find was from an old newspaper article about some kind of creepy murderer, maybe? And rather than uploading a digital scan of said newspaper photo, I guess they just sent a photocopy by mail to the MLS? 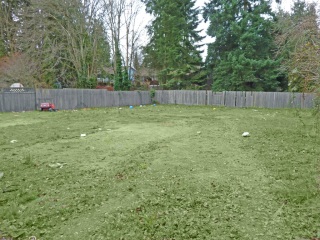 “Public park across the street…”

It may be hard to tell from the small photo, but I’m fairly certain that this lawn (dead leaves and all) has literally been spray-painted green. Yes, really. 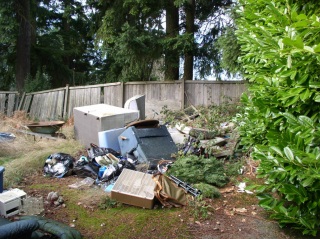 On the other hand, spray-painting your back yard is better than… this. I guess. 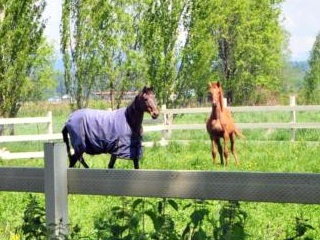 I may have cropped this one for dramatic effect. 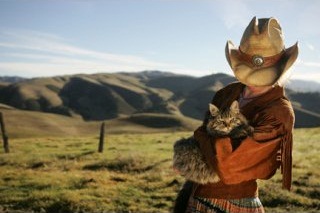 “Great for vineyards, horses or a family retreat.”

And cowgirls with cats, apparently. This one’s not in Seattle, but when I was flipping through listings and saw this primary photo I had to include it.

Let me know if you have an idea for a future “Real Actual Listing Photos” theme.