With another leap day behind us, it’s time to take an early look at February’s stats. Most of the charts below are based on broad county-wide data that is available through a simple search of King County and Snohomish County public records. If you have additional stats you’d like to see in the preview, drop a line in the comments and I’ll see what I can do. 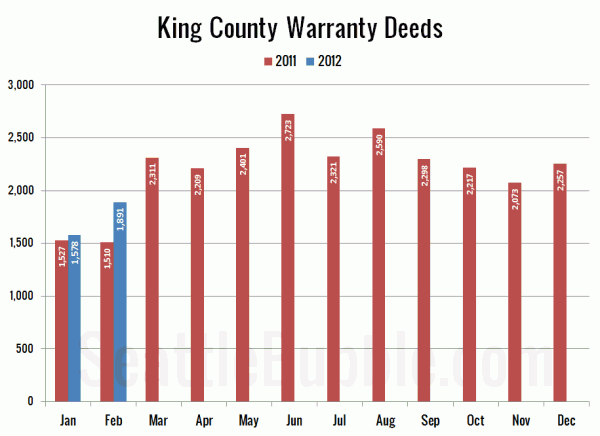 That’s a fairly substantial increase from last year: 25%. It will be interesting to see if that big of a boost carries through to the NWMLS-released numbers. 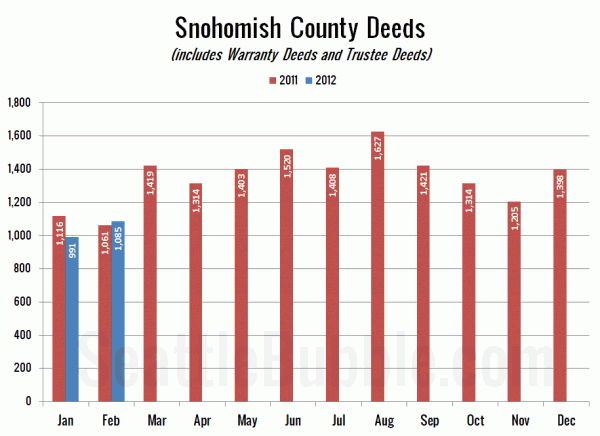 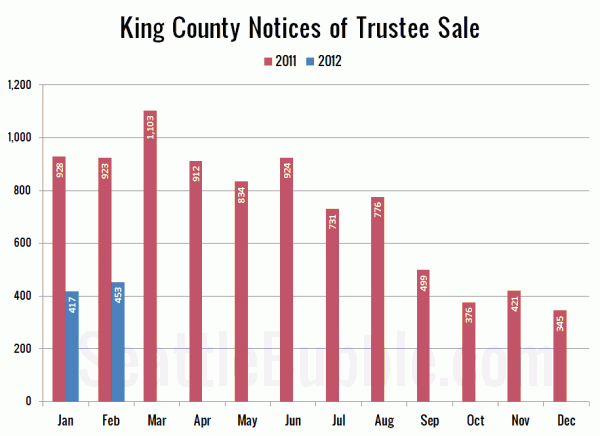 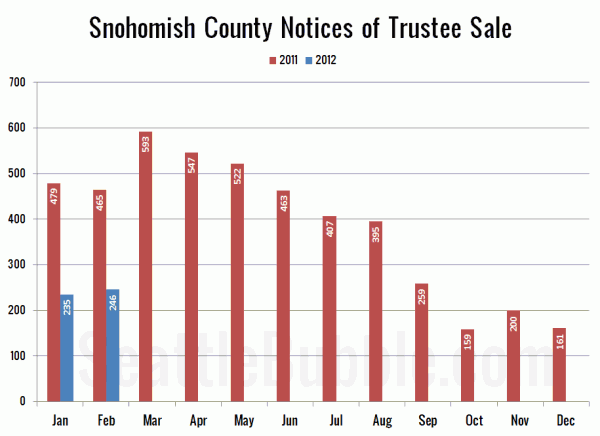 Big drop from a year ago in both counties, but also another month-to-month increase. 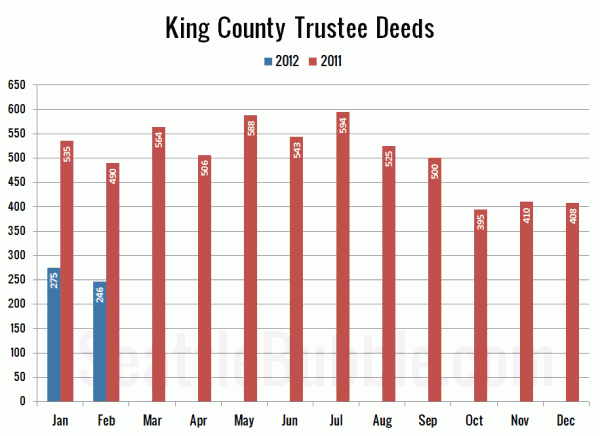 Moving in the opposite direction of foreclosure notices, falling the last four months in a row. 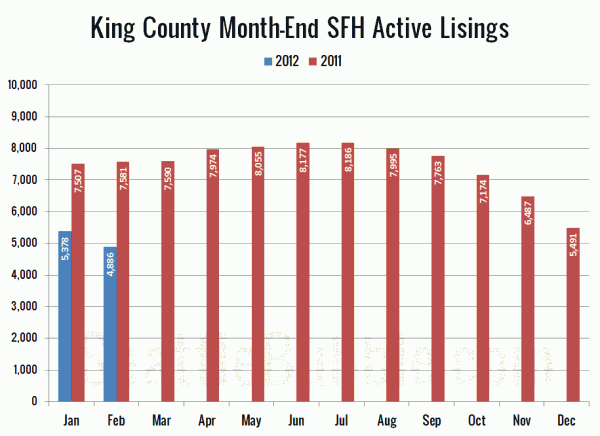 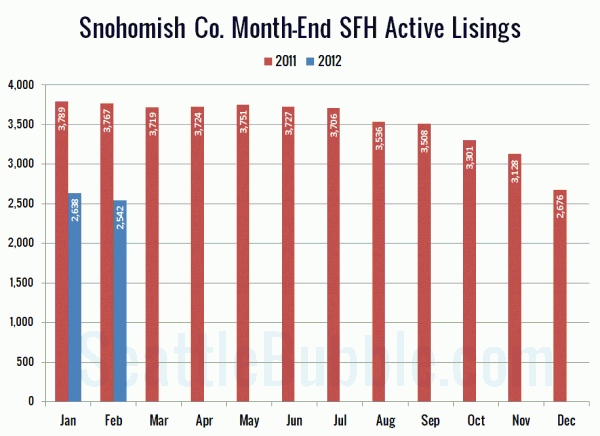 Continuing the unusual trend began last month, inventory continued to drop during a time of year that it usually is trending up. 2012 is still living up to its title of the year of crappy selection.